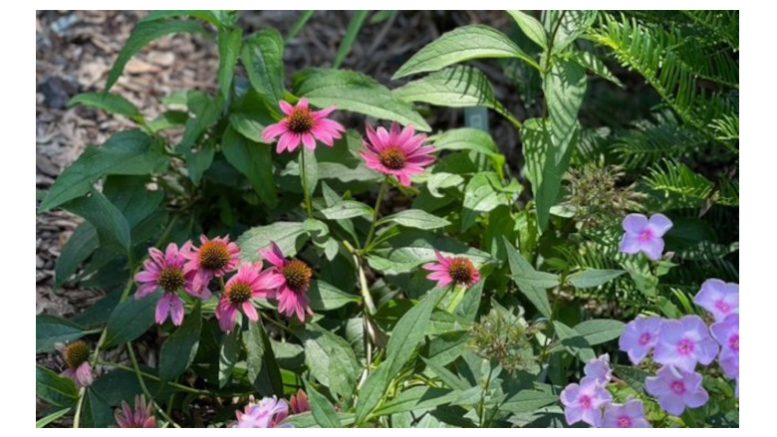 Every gardener worth their salt has come across a plant they simply cannot grow. We all make mistakes in garden design—I’m not talking about these errors but rather the failures where you seemingly wear the kiss of death on your sleeve for a particular plant. Garden mistakes can teach us a lot, but there’s little to be learned from plants that just do not want to reside in our gardens.

My first encounter with this phenomenon was with our native plant, echinacea. I cannot tell you how many E. purpurea “Kim’s Knee-High” I bought only to have them take one look at me before they succumbed to an early and, I fear, a welcome death. In fact, it was so bad that Lauri Lawson, an extremely tactful person who worked at Niche Gardens, commented that I was the only gardener she knew who couldn’t grow “Kim’s Knee-High.” My reputation as a somewhat decent gardener was clearly at stake.

Now, this didn’t stop me from trying. I tried the species E. purpurea to no avail. Ten years ago, at a time when every hybridizer seemed to be concentrating on producing bizarre forms of echinacea, I tried many of them, only to have them fizzle out. Fortunately, for my depleted ego, other gardeners had trouble with this vast new assortment of cultivars as the hybridizers hadn’t tested their products in the field for longevity and durability.

I gave up on the species until one of Tony Avent’s catalogues captivated me. Suddenly hope arose again after spying E. “Delicious Candy,” so I ordered several specimens. Voilà! “Delicious Candy” liked my garden—the echinacea curse miraculously disappeared. Then, after the Mt. Cuba Center published their results of the echinacea test trial, I suddenly became what is known as “a happy camper.”

One problem remained however. Their top choice, “Pica Bella,” a cultivar that has been around for a while (it also won the top spot in their 2009 trial), was virtually unobtainable. It appeared that only one nursery in the whole wide world had it, and you will agree that my chances of snagging even one plant weren’t very good. Instead, I opted for “Fragrant Angel,” one that at least had four stars vs. the five carried by “Pica Bella.” “Fragrant Angel” is a tactful echinacea in that it has survived.

This past winter I was fully armed before the first catalogues came. When I saw Plant Delights now offered “Pica Bella,” I quickly signed on. I can only say that between “Delicious Candy” and “Pica Bella,” I’m in echinacea heaven as I thankfully cross echinacea off my impossible-to-grow list. I confess that I still haven’t gotten up my nerve to try “Kim’s Knee-High” again.

However, I have another confession when it comes to gardening: Some plants that I put in the ground in the fall do not necessarily prosper for me—I have far better luck planting roses in the early spring. A rose planted in March smiles in my garden whereas a rose planted in the beginning of October fails to realize that I’m kindly giving its roots a head start.

I know: “Fall is for planting!” It just doesn’t always seem to work well for me. I have good soil, and I certainly do not fertilize plants when I put them into the fall garden as I don’t want to promote fresh green growth. The roses, in particular, just do not feel welcome, spending their time sulking. I’m certainly not saying you shouldn’t plant in the fall; I’m just saying my success hasn’t been great. Go with the experts. I also seem to specialize in phlox that love powdery mildew. Trust me, I read all the labels to make sure those I’m buying are mildew-resistant. Ten years ago, I bought enough P. paniculata “John Fanick” to fill two large patches in the garden. The butterflies and bees loved it. Niche Gardens stated (and I quote) it had foliage that “remains mildew-free.”

I then turned to the results of the Mt. Cuba trial on phlox to see what they recommended. By far the winner was P. paniculata “Jeana,” a cultivar that was also available at Plant Delights. It stood out “for its exceptionally mildew-free foliage.” Of course, I ordered some and so far, so good. I cheered up when under “Robert Poore’s” entry, the trial mentioned that while it frequently is described as being very mildew-resistant, it did develop powdery mildew during its second and third year of the trial. As they say, misery loves company.

I also cannot grow tomatoes. Believe me, I have tried. I read Craig LeHoullier’s second book on the subject (Growing Vegetables in Straw Bales) but never got to the point that I wanted to grow them in straw bales. I did manage to produce a couple of tomatoes that were on the small side, and I quickly came to the conclusion that I lacked the knack for growing gorgeous tomatoes, the kind they have in New Jersey.

An Obsession with Roses