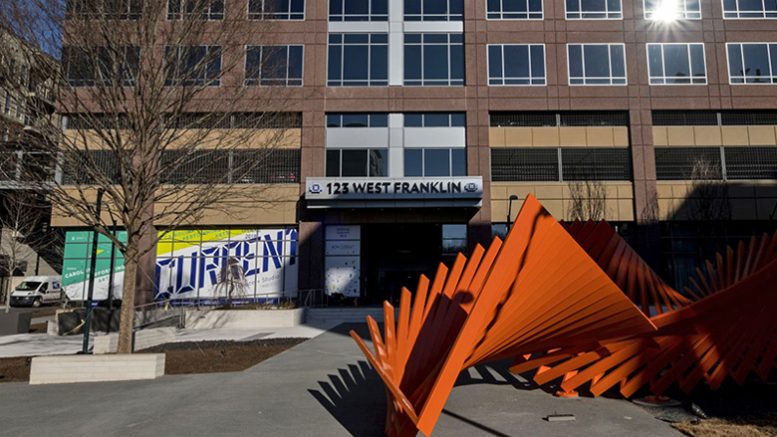 CURRENT ArtSpace + Studio, an immersive arts venue and studio space, opened to the public in February 2018. Since then its 7,000 square-foot state-of-the-art black box-style theater has hosted music, dance and theater. It’s a space designed to “break down barriers and innovate art through interactive installations – pushing performance past the stage and into the audience.”

A division of Carolina Performing Arts at the University of North Carolina, its mission statement reads: “We strive to nurture artistic innovation and the development of new works on and off campus; to challenge and inspire audiences with powerful and transformative performances; and to integrate the arts into the life of the University, embracing its mission of teaching, research, and public service.”

Three of its present offerings do just that:

Each evening between performances, ticket holders are welcome to a Dionysian Libation with complimentary food and drinks. The impact of the late Southern chef Edna Lewis on American cuisine—and generations of people—cannot be overstated. Inspired by Hilton Als’ childhood recollections of admiring Lewis from afar during her years in New York City, Edna Lewis is a meditative love letter to her by a celebrated writer. Featuring the sensational Helga Davis (CPA artist-in-residence, who starred in Als’ Lives of the Performers at CURRENT in fall 2018) as “Edna” ruminating on her storied life and acclaimed performer Justin Hicks as a young Hilton, this intimate work-in-progress is set against pivotal moments in American history. On February 19th and 20th, CURRENT will stage As One. As One is a chamber opera composed by Laura Kaminsky, with a libretto by Mark Campbell and Kimberly Reed. It’s a coming-of-age story about a transgender woman. Hannah after (mezzo-soprano) and Hannah before (baritone) share the part of a sole transgender protagonist. Fifteen songs comprise the three-part narrative. With empathy and humor, they trace Hannah’s experiences from her small-town youth to her college years – and finally travelling alone to another country, where she realizes some truths about herself. Its world premiere took place with American Opera Projects at the Brooklyn Academy of Music in September 2014. Carolina Performing Arts staging of this powerful chamber opera will include locally-based cast members, including Marc Callahan from UNC’s Department of Music (in the role of Hannah before) and earspace, an ensemble based in Raleigh. This production is supported by the Carolina Women’s Center.

Fighting Inequality, One Baked Good at a Time