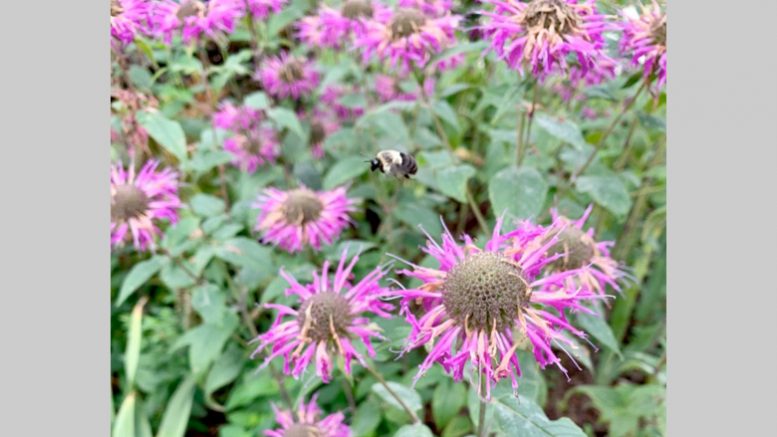 It is a truism that plants, like people, benefit from good grooming. And, as with people, good grooming practices differ from plant to plant. When I’m busy anthropomorphizing my plants, I envision that they appreciate what I’m doing to enhance their looks.

Of course, this lies in my imagination because the reason plants produce flowers and the reason I think they produce flowers are two entirely different explanations. I like to think they are producing flowers to thank me for the space I graciously provide for them in the garden. The simple truth is this: I am deluding myself as plants typically produce flowers in the hopes of attracting pollinators. The object of the flower is to produce seeds.

It’s important to keep this in mind when grooming plants because our aims and those of the plants diverge: Plants want to produce seeds, whereas we want them to yield more flowers.

I grow lots of varieties of daylilies, which have the reputation of being very easy to grow, but they can look incredibly messy and unkempt. They produce flowers during the first half of the summer and as their name implies, these flowers last one day, after which they become a soggy, unattractive mess. A surprising amount of pollination occurs during that one day, ultimately resulting in a very unattractive seed head.

After flowering, cut the leaves in half, discarding the dead ones. At the same time you will start to see new growth emerging. For the next month the daylily should be ignored, knowing it will look more presentable by September.

Rose appearance benefits from an almost daily deadheading. Many roses, although not all of them, produce fruit called “hips” when the flower dies — and starting in July, roses begin to start madly producing these hips.

What you must do, if you want a fall display, is to prevent rose hip formation during the height of the summer. Remember, the purpose of the rose isn’t to please you; rather the rose wants to produce the fruit that will hold its seeds. If the rose shrub thinks it’s done its job, it has no other reason to expend more energy in flower production.

Generally speaking, dead flowers are not particularly attractive, so for the sake of a good garden appearance, deadheading should always be on your list of garden duties. Dahlias benefit from deadheading as do Phlox.

Some plants require deadheading to prevent seed germination throughout the garden. I have a lovely canna that not only moves, it produces lovely seed heads that scatter its seeds promiscuously. Muttering, “Off with your heads,” I ruthlessly chop them off. Otherwise, I’d have a canna garden rather than a perennial one.

Dead flowers detract from the overall appearance. The drooping day-old daylily bloom dominates the visual scene as does the rose bloom past its prime. Crinum stalks after flowering hold zero appeal. Those brown gardenia blooms require a good shaking; the new blooms and the lovely glossy green leaves will look so much better without them.

When the flowers are small and arrive in clusters, it is impossible to cut each spent flower. Simple grab a handful when they are all past their prime and shear them off. If you like the appearance of the flowerless lily stalks, by all means keep them, although I almost always find them gawky, cutting the stalks down by one-third.

Everyone benefits from good grooming practices. Just remember that daily good grooming doesn’t necessarily entail severe pruning (that’s what I call a makeover). This isn’t hard work, your garden will look better and in this time of shelter in place it gives you something to do.

There’s More to Coreopsis Than Meets the Eye

Why Do You Garden?

Be the first to comment on " Good Grooming for Plants"