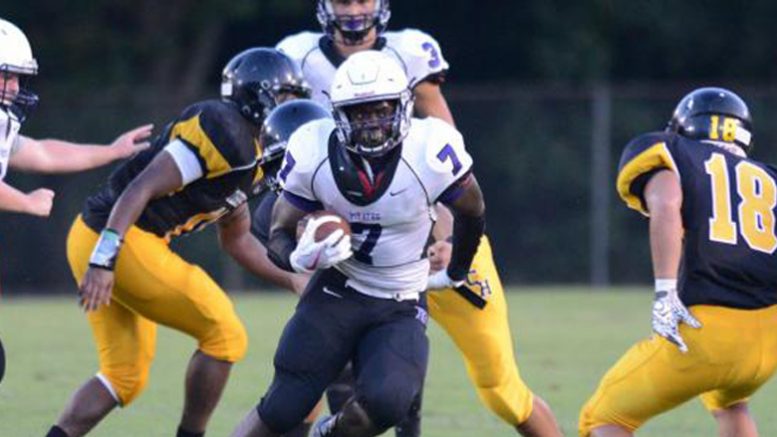 High school football coaches throughout the state spent the opening day of August going through withdrawal.

The first official day of high school football practice, slated for last Friday night, was officially canceled because of concerns over the coronavirus pandemic.

Last month, the North Carolina High School Athletic Association suspended the start of fall sports season until Sept. 1. The regular season was supposed to start on Aug. 17, which means some non-conference games in all sports will be canceled.

The Sept. 1 date, a best-case scenario, is now when formal practices would begin. Games wouldn’t start for another 2-3 weeks.

Locally, Chapel Hill and East Chapel Hill are rivals in the 3A Big 8 Conference. Carrboro, a member of the 2A Mid State Conference, typically plays its two city rivals in non-conference games across all sports.

Will there be any games this year between Carrboro and its nearby rivals? The answer is anyone’s guess, which is the reply to almost any question regarding high school sports right now.

On top of that, with Chapel Hill-Carrboro City Schools going to online learning only until at least Jan. 1, there’s a question as to whether the fall sports season will be delayed until the spring. It’s a step some states have already taken.

Last week, North Carolina High School Athletic Association President Que Tucker held a virtual meeting with the state’s athletic directors. Tucker emphasized that no final decision has been made about when the fall sports season will start. If it doesn’t start on time, Tucker said they will explore moving the fall sports until the early spring.

In the meeting, Tucker said she hopes to make a decision within two weeks.

As the wait continues for a decision, the summer across Chapel Hill-Carrboro has consisted of start-and-stop plans. The city schools originally were supposed to begin voluntary workouts on July 20, the first organized team activities of any sort since March 13.

That never happened. On July 15, the city school system suspended summer activities until further notice when the NCHSAA postponed the start of the fall season.

Chapel Hill High football coach Issac Marsh, who is about to start his 17th season at the helm, usually has his team participate in 7-8 summer passing camps before traditional August practice starts. With his summer schedule thrown into the incinerator, Marsh has had to rely on technology for team meetings.

“We’ve had sessions through Google Meet to schedule meeting with players,” Marsh said. “We’ve used virtual platforms to have coaches’ meetings and have sessions with our team captains.”

Marsh didn’t become the most successful football coach in school history without maintaining some optimism, and he isn’t shedding any now despite all the uncertainty.

“I believe there will be a season,” Marsh said. “Starting games in mid-September, if it comes to that, isn’t too bad of a problem. I think we’ll get more players out for the team if we start later. It will get more students ready for the year. I’m looking for a light at the end of the tunnel.”

High Schools Will Have Their Playoffs

Be the first to comment on "High school sports? Not yet, but when?"