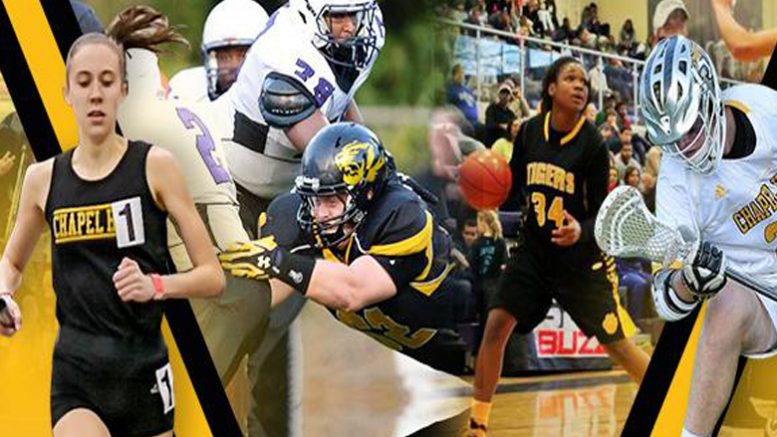 Any high school coach of significant stature, regardless of sport, lives by an annual schedule.

When the final week of June rolls around, Jason Curtis is usually compiling paperwork for the upcoming soccer season and preparing for early tryouts.

At Chapel Hill High, that isn’t a small task in men’s soccer. Each of the past few years, around 70 students have tried out for the team. Last year, Curtis kept 25 players each for the varsity and junior varsity squads and cut the rest.

Those are participation numbers characteristic of an elite program. Chapel Hill has won seven consecutive Big 8 Conference championships with back-to-back 3A state titles in 2017 and 2018.

But of course, the coronavirus has thrown traditional coaching routines everywhere into the incinerator, replaced with unanswered questions and uncertainty only six weeks before the fall sports season is supposed to start.

The North Carolina High School Athletic Association officially lifted its dead period for athletes to start limited workouts on June 15. Locally, it didn’t make a difference. The Chapel Hill-Carrboro City Schools has yet to give formal approval for workouts to resume.

“Our system has not yet made a firm decision for summer workouts for athletes,” said Scarlett Steinert, CHHS director of school safety, driver’s education and athletics. “Regarding the fall season, any guesses at this point would be speculation.”

This Wednesday, Governor Roy Cooper is expected to announce how schools statewide will operate to begin the 2020-2021 academic year. Considering the recent spike in COVID-19 cases, both in North Carolina and across the southeast, schools will likely open with a sizable amount of restrictions.

Cooper’s decision “will be a determining factor in how districts move forward with athletics,” Steinert said.

The spring sports season ended on March 13. What has frustrated many local fall sports coaches is the questions they had at the end of March still haven’t been answered.

When will the season start? Will practices begin on Aug. 1, as scheduled? Will there be a standard full schedule or will the slate consist only of conference opponents?

Or will there be a season at all?

“I think there’s a chance,” Curtis said when asked if there won’t be a season. “The big thing for a lot of school districts is what happens if there’s only virtual learning? If students aren’t allowed on campus, how can we conduct practice? Are there even going to be sports? Until those questions are answered, I’m not holding out hope for a season that starts on time.”

“If we can, we’d like to have two informal workouts at the end of July,” Curtis said. “We’ve been doing virtual workouts through Google Classroom. We did that with the women’s team last spring. We had as many as 12 players on a screen. It looked like Hollywood Squares or the Brady Bunch. We can’t do anything with the men’s team until the school system says so.”

While some baseball and soccer leagues around the world have returned to game action without fans in the stands, that simply isn’t an option for high schools. The model of generating revenue for prep sports is still largely derived from paid attendance.

Some athletic directors across the country have floated the possibility of playing some fall sports in the spring. North Carolina High School Athletic Association Executive Director Que Tucker, during a Zoom call with reporters in May, said that option “was a last resort.”

Tucker said other options under consideration were a shorter regular season and possibly reducing the amount of teams that make the playoffs.