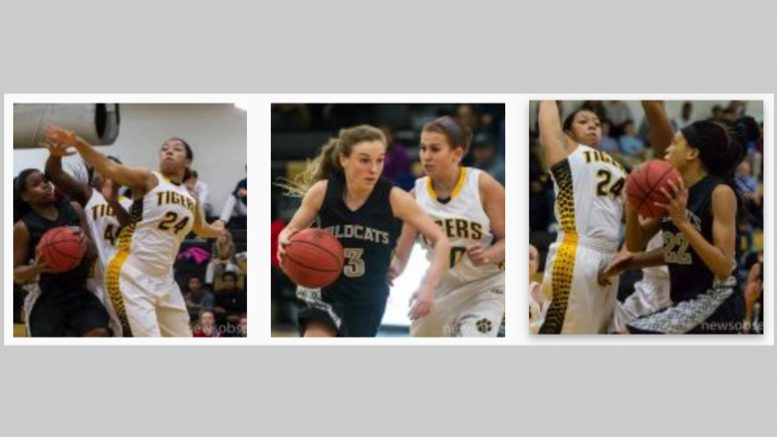 Under a timeframe heavily adjusted because of the coronavirus, there will be playoffs for most high school sports this season.

It just won’t be under the standard postseason model in effect for the past 15 years that has included more teams. Instead, the modified guidelines, announced by the North Carolina High School Athletic Association earlier this month, is more akin to something from the 1980s.

For many sports, there have been 64-team playoff brackets in recent years. Teams that finished in the top-two spots of the Big 8 and Mid-State Conference received automatic spots to the playoffs. Since 2017, wildcard berths were awarded to teams based on their MaxPreps ranking, which factored in a team’s strength of schedule and other factors.

This year, there will be no wildcard berths awarded.

In football, there have been eight state champions crowned each year since 2002, and it will remain that way this year. However, instead of a 32-team playoff in each bracket, it will be 16 teams.

Another change will be how the brackets are formed. This year, the NCHSAA will be predetermined, based on where a team finishes in their conference.

It’s a similar formula that the NCHSAA had in place for decades until the mid-1990s. Recently, the NCHSAA has opted for a seeding system that was based, again, on MaxPreps rankings. The only team sports that currently held a predetermined playoff format was wrestling as well as men’s and women’s tennis.

Unfortunately, a dual team state playoff won’t happen this year. The NCHSAA announced that wrestling will have individual state champions, but a team championship will not be held for the first time since it was instituted in 1991. Last winter, the Chapel Hill Tigers won the Big 8 wrestling championship for the first time since 1988 and hosted the 3A Eastern Regional Championships, where they lost to Northern Guilford in the state quarterfinals.

In 2019-2020, among the seven team sports that finished the year with a standard playoff format, Chapel Hill had six teams make the postseason. Seven of them finished in the top two spots in the Big 8 Conference. The Tigers’ volleyball team won the 3A State Championship, beating West Henderson 3-1 in the final at Crown Coliseum in Fayetteville.

East Chapel Hill made the state playoffs in three sports, receiving automatic berths in volleyball and men’s soccer. After beating Cleveland and Northern Guilford in the opening rounds, the men’s soccer team lost to eventual 3A state champion Walter Williams of Burlington in the third round.

Carrboro had four teams make the 2A state playoffs from the Mid-State Conference. The men’s basketball team earned an automatic spot after a second-place finish. The Jaguars volleyball squad won the Mid-State Championship with a 14-0 league mark.

Cross Country and volleyball will be the first sports to resume action in November. Workouts will start in both sports on Nov. 4. Competition can begin on Nov. 16.

Cross country will now have 14 contests permitted by the NCHSAA. Previously, it had been limited to ten. The regular season for volleyball will also be limited to 14 games. In the cases of Chapel Hill and East Chapel Hill, that will confine the schedule to only Big 8 Conference games.