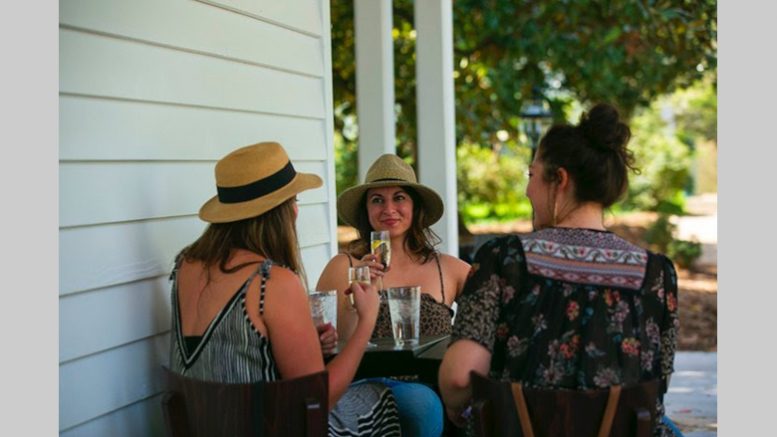 Historic preservation has been around forever. In one form or another, people have always wanted to maintain the past – the old homeplace – while at the same time inviting in the new. The new takes many forms: a road, a store, a building. But the world is finite, and once the old is gone it’s gone forever. Those whose interest it is to safeguard the past will always take the time to weigh the trade-off. What is lost and what is gained?

May is dedicated to National Historic Preservation Month, the month that celebrates the nation’s heritage through historic places. What better time than May to turn the spotlight on Hillsborough. Churton Street, the main drag in Hillsborough, is bordered by historically significant homes, and then the town, where the view of blue sky is unimpeded by towering buildings. It’s not just the past that has been saved, though, but a heritage, and a story, a vision of a way of life. And it is a lively, living town, with great restaurants, small businesses, and a vital art scene.

“There’s not enough time in the day to list what makes Hillsborough so special,” says Cathleen Turner, resident, former director of the Alliance for Historic Hillsborough and current Regional Director for the Piedmont Office of Preservation NC which facilitates endangered properties and revitalization efforts of key historic buildings in rural and urban communities. Preservation isn’t new, Turner says. “Preservation has been center to the discussions of leaders here dating back to the 1940s if not before.”

The lesson was learned the hard way, though. “Take the Nash-Kollock House, for example,” she says.

It’s a house you probably haven’t heard of – nor of the two remarkable women it’s named for – because it no longer exists and hasn’t for 80 years. Because of what happened, “we now think differently before demolishing a beautiful historic property and watching historical artifacts being hauled to the dumpster.” Sally (Sarah) Kollock Nash and Maria Jane Nash, were Hillsborough educators and founders and principals of the Nash and Kollock Select Boarding and Day School for Young Ladies (1859–90). Although Sally and Maria Nash “spent their entire lives from birth to death in the old gray unpainted house on Margaret Lane,” they were far from being provincial.

Little is known of the formal education of the Nash sisters, both of whom were middle-aged when they opened the Nash-Kollock school in Hillsborough in 1859. In spite of the fact that the new school opened on the eve of the Civil War, it was immediately successful. Young ladies came from as far away as Kentucky and New Orleans to attend. The Nash-Kollock school was very much like the earlier Burwell School, with the same strong Presbyterian atmosphere and curriculum and similar living arrangements. The Burwell School still stands.

There are so many wonderful stories associated with the Nash and Kollock school: one woman went on to be a noted conservationist, another “a champion of good roads,” and another the first dean of women at what would become UNC-G. It’s the story of two sisters who gave their lives to educating women for 31 years.

The Nash-Kollock house was torn down in 1947 to build a hardware store. It was where the current Orange County Public Library now stands.

But this may be the loss that saved other historically important addresses in Hillsborough.

“Using its history to tell a story is at the crux of Hillsborough’s long-term sustainability and economic plan. Hillsborough’s success proves that just because you preserve a lot of historic places doesn’t mean you are backward thinking; it means you are forward thinking. Prioritizing preservation has helped Hillsborough profit.”

Many neighborhoods, commercial and residential buildings in Hillsborough are on the National Register. In fact, in 2007 the National Trust for Historic Preservation named Hillsborough to its “Dozen Distinctive Cities” list.

But can a town like Hillsborough meet the demand for the future without growth and new development?

“It’s a good thing if people want to be part of Hillsborough; that means we are doing something right. People could go anywhere in the Triangle. What makes us so special is something deeper… once you identify those special qualities that make us so special you hang on to it. Developers are not the bad guys. We need to make sure the message is clear: this is what makes our community so special and if you want to enhance what’s already here, we want you to do it.”

As suburban sprawl and roadside development make more and more cities look characterless, it becomes even more important for communities to keep their identities intact.

Even one or two striking historic buildings can help to define a community and hint at its past. If whole neighborhoods or rural areas can be preserved, the effect is that much greater. The sense of history can contribute to community pride, and to a better understanding of the community’s present.

When we lose a place, we lose its story too.

For a list of Hillsborough’s self-guided walking tours, visit: https://visithillsboroughnc.com/itinerary/history-enthusiast