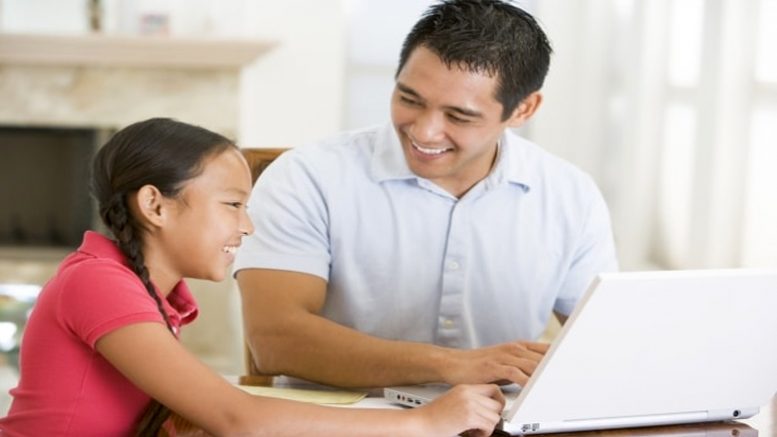 Photo from the Chapel Hill-Durham Homeschoolers

Anjanet Thomas normally sends her ten-year-old daughter to Estes Hills Elementary and her three-year old son to Holmes Childcare Center. But since March 30, she’s had to help teach them both from home. Thomas said the experience has been difficult for her son.

“He asks every day if he can go to school,” Thomas said. “And tells me he wants to go to school, and he cries a lot.”

Homeschooling has been on the rise across the state and locally for the last couple of decades. More than 70,000 high school students statewide are currently homeschooled, compared to fewer than 20,000 in 2002.

But now it’s become more than just a trend. Ever since the closure of Chapel Hill-Carrboro City Schools in mid-March, due to the coronavirus pandemic, it’s become a necessity for families.

Matthew McDill, the executive director of North Carolinians for Home Education, said he’s recently received many requests for advice on homeschooling from parents who have never had to school their children before. McDill, who works from home and homeschools his own children, said setting boundaries is important.

“I’ve had those days where every five minutes a kid’s coming into my office,” McDill said. “Of course, you don’t get anything done. You just have to create those expectations and those blocks of time where there’s no interruption for work.”

McDill said he tries to provide structure by giving his children a task or assignment to work on while he’s busy, and tries to have an activity planned like a snack or a game after he’s done.

Barbara Cameron, who serves on the board of Chapel Hill-Durham Homeschoolers, which has been around since the late 1980s, said the version of homeschooling that Thomas and many other parents have essentially been forced into is very different from what most homeschooling looks like.

“What seems really hard about what a lot of parents are dealing with is that they’re having somebody else tell them what to do, and then they’re having to implement it,” she said.

Cameron has homeschooled her daughters, now 15 and 18, since they were five years old. She said she has a project-based approach to homeschooling, and aside from making sure her daughters are college-ready, she tries to partner with them to pursue their own interests.

Cameron said she thinks maintaining a collaborative relationship with your child is one of the most important aspects of homeschooling. And the pandemic has made things difficult for all parents, she said, including those who normally homeschool, and said parents should try not to worry too much about their children’s schooling in the meantime.

In an effort to help those families that are now forced to homeschool, CHCCS has provided online learning materials as a part of “extended learning time for students.” For Thomas’s ten-year-old daughter, that means meeting with a class for 20 minutes via Zoom, the teleconferencing platform, playing educational games online and completing other computer-based assignments for about three hours every day.

Although Thomas used to be a teacher and is currently studying to be a nurse at Durham Tech, she said having school at home has been a challenge for her children.

“It’s just been hard getting my daughter to focus,” Thomas said. “After about an hour or two she doesn’t really want to do anything, and I understand because it’s not as engaging.”

“You can only deal with so much school work,” Thomas said. “It’s stressful.”

Thomas said helping her daughter with math problems has been especially difficult.

“Things get lost in translation,” she said. “I’m not sure how to help her with her math because they do things a little differently than before.”

McDill said parents not being able to plan for curricula can cause difficulties, but said it can also be a unique learning opportunity for both student and teacher.

“You can always help them find the answers,” McDill said. “Maybe it’s contacting their teachers or maybe it’s going online and finding the answers, and the process of finding those answers is, in itself, a great education.”

Parents, Cameron said, should “treat themselves with kindness” these days. They should, she said, “cut themselves some slack if they’re having difficulty adjusting to this new normal, which is so different.”

Be the first to comment on "Homeschooling? Advice from Those Who’ve Been There"