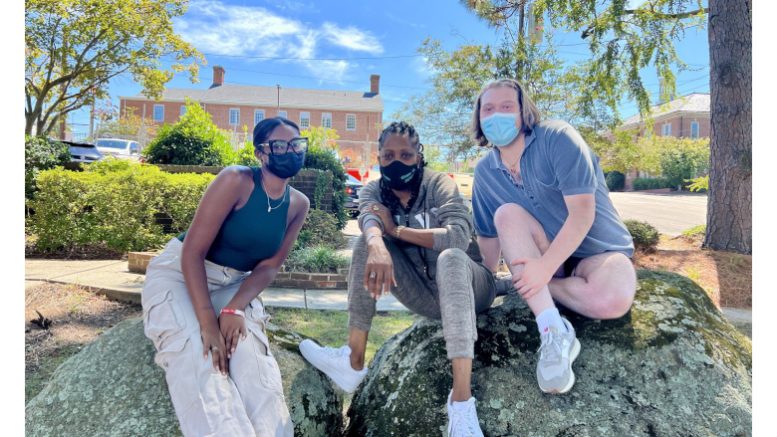 On Sunday, September 25, six community organizations will hold a rally and march to raise awareness of the need for affordable housing in Carrboro and Chapel Hill. The event will start at Weaver Street Market in Carrboro at 2 p.m. and end at 5 p.m. at the Lincoln Center, 750 S. Merritt Mill Rd., in Chapel Hill. There will be food, festivities and music for those who participate.

The “House Us Now” marches began in 2021 when Yvette Matthews, the Office and Community organizer of the Community Empowerment Foundation (CEF), created a coalition with Chapel Hill-Carrboro NAACP, Marian Cheek Jackson Center, Empowerment Inc., and the Inter-faith Council for Social Service.

These community groups took their urgent campaign to the streets with the first House Us Now march, named for their mantra and mission. Over 150 people participated on August 28, 2021. This rally and march will be their third.

“House Us Now was created by me with the cooperation of local organizations who have come together to support this population of people who feel unheard and unseen. Their living conditions are beneath what should be acceptable for human beings,” said Matthews.

Quinton Harper, chairman of the Town of Carrboro Affordable Advisory Commission praised Matthews for her efforts.

“Yvette Matthews is a bold voice for affordable housing in our community. Her lived experience as a Black Mama raising a family in Chapel Hill, matched with her passion for advocacy and vision to bring the most impacted members in our community together to amplify their voices, is the catalyst behind House Us Now.”

Matthews created a focus group in 2016 called “Meeting of the Minds” where unsheltered citizens in need of affordable housing could share their stories at her CEF office in Chapel Hill. This was where the seeds were planted for the House Us Now movement.

“My heart broke every time I saw people in crisis with no hope. I had been hearing and seeing stories of hard-working people living in their cars and tent communities—or working two jobs to go home and live in a box …. So, I developed, Meeting of the Minds,” Matthews said.

Meeting of the Minds members became inspired and were led by Matthews and volunteers to attend city council meetings to make their voices heard.

After attending numerous city council meetings and not making much progress, Matthews invited the officials to come to the group’s meetings instead. “Changing the venue made the difference between them being ‘heard’ instead of just ‘listened to,’” said Matthews.

Meeting of the Minds’ efforts succeeded in getting two bonds passed that earmarked a total of $5 million to support affordable housing in Orange County. A perfect storm of postponed meetings due to the pandemic and money being allocated in other directions instead of the 30% Average Median Income (AMI) frustrated Matthews.

“It all got caught up in the bureaucracy—they take a little money for this and some for that … instead of it being focused on the specific thing we thought it was generated for—the 30% AMI population,” she said.

The Beat Goes On

Today, a renewed Meeting of the Minds takes its message to the public with the creation of the Advocacy Choir.

“I found out that music has a way of connecting people with a language all its own,” said Matthews. She takes familiar music with a gospel flair and changes the words to “reflect what is happening in this population.”

The Advocacy Choir goes to town council meetings, as well as events that invite government officials into their space. “I am motivated by changing the viewpoints of people in power by changing perspectives with creative ideas through songs and storytelling through lived experiences”, said Matthews.

“Her (Matthews) soulful singing to the tune of advocacy at a Carrboro Town Council meeting on Pee Wee Homes is the soundtrack for this community-led movement to tell our elected officials to House Us Now!” Harper told The Local Reporter (TLR).

This year’s rally should attract more than 200 people including local politicians from Carrboro and Chapel Hill. Volunteers are spreading the word by going to the citizens door-to-door and offering rides if needed. Those in need of transportation can call CEF at 919-200-0233.

Matthews, a mother of eight children and grandmom of nine, is not a quitter and refused to say more about her frustrations.

“My purpose is to help create change and make things better for the people that need our help. So I won’t stop marching, singing and speaking out until I see that happen,” Matthews said. Next week, Part 4 looks at how the tiny homes trend is a resource for affordable housing—and the man who inspired its use in Carrboro and Chapel Hill.