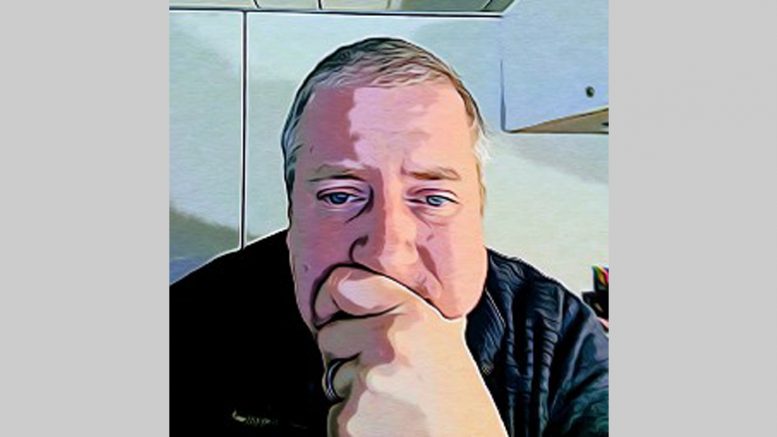 When you picture suburbia, you’re probably picturing something like my neighborhood. Streets lined with mature trees, kids on bikes, joggers, people out walking with their dogs … and most of the people you’d see are white.

We live in a college town, but it’s also in the American South, so political loyalties could go either way. It seems like the perfect place to sow division and stir up disagreements.

Enter “James.” James posted something to our neighborhood email list that was on-topic but slightly aggressive in tone. He then followed up with a bit of a political diatribe about President Trump and the Black Lives Matter movement. We have a “no politics” rule for the general
email list, so James was directed to try joining a separate neighborhood list dedicated to political issues.

James went on to imply that he was an African American man who believed “black lives DO matter” but was also a Trump supporter. He then started complaining about the various signs and artwork in the neighborhood with messages in support of racial justice as nothing but
“virtue signaling.”

And here’s where it got interesting.

Rather than argue about the merits of his claims, one of our neighbors he had targeted in his comments invited him to get together for an open discussion about the issues on the following Monday. She then went on to invite anyone else in the neighborhood to join as well. The discussion would be held in her front yard, with appropriate masks and social distancing.

James declined the offer, saying his politics didn’t align, but several neighbors reiterated that they’d sincerely like to hear his point of view. They were hopeful he’d change his mind.

Meanwhile, a few residents wondered why they’d never met James. Everybody doesn’t know everybody else, but most people know their immediate neighbors.

As it turns out, it seems very unlikely that James actually lives in our neighborhood. The address he provided in order to join the email list was real, but it doesn’t appear to be his. In fact, it didn’t take long to find that there’s very little evidence that he exists at all.

Posts that were nearly identical to the one he sent to our neighborhood appeared on Facebook and Nextdoor under different identities. There is no one registered to vote in our state with a name that matches or is similar to his.

That Monday more than 40 people showed up.

“James” was not among the attendees. But the gathering was so well received that the group collectively decided to make it a weekly occurrence. Soon, we were having heartfelt discussions and friendly debates, along with regular guest speakers, and spin-off activities including a book club, a youth group, coordination with a local church, and reaching out to community leaders in all areas of expertise.

Our neighborhood, like any other, doesn’t agree on everything. But we’re having important and difficult conversations. We’re combining forces. We’re taking concrete actions. We’re reaching out to our legislators and our local police department and community organizations and churches and schools. We’re reading and writing and talking and learning.

So, thanks James — whoever you are.

E.A. Freeman is a resident of Chapel Hill. This column was originally published at Medium.com.