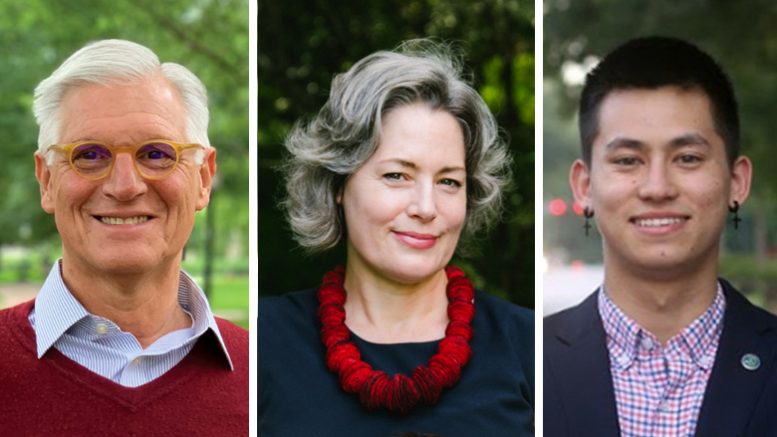 Letter to the Editor By Eric Stein, Chapel Hill

Housing affordability threatens our lovely town. I say that as having lived in Chapel Hill for decades and having spent my career promoting accessible home ownership and rental opportunities. The second crucial issue is climate change.  On these issues, Sue, Michael, and Tai will make a difference.

Candidates that oppose thoughtful development within Chapel Hill will contribute to forced sprawl outside town, and less and less economic and racial diversity.  People who work in our town need to live somewhere. Further restricting the supply of housing in Chapel Hill, including to maximize the amount of green space, raises land costs, which makes housing less affordable and increases income levels of those who live here. People who teach our kids, fight our fires, and serve our meals need to live in the far reaches of Orange and bordering counties to
afford their rent or mortgages.

The Sierra Club endorses all three candidates because they support sensible in-town development, leading to shorter commutes, better mass transit, and less  climate change.  They support maintaining Chapel Hill’s rural, open space buffer, but recognize that the town must permit new housing to be built inside the buffer, including small homes, duplexes, and town homes, while preserving trees and some open spaces. Otherwise, we will get more sprawl outside town and an expanded carbon footprint.

Be the first to comment on "Hunter, Parker, Huynh Support Inclusivity"