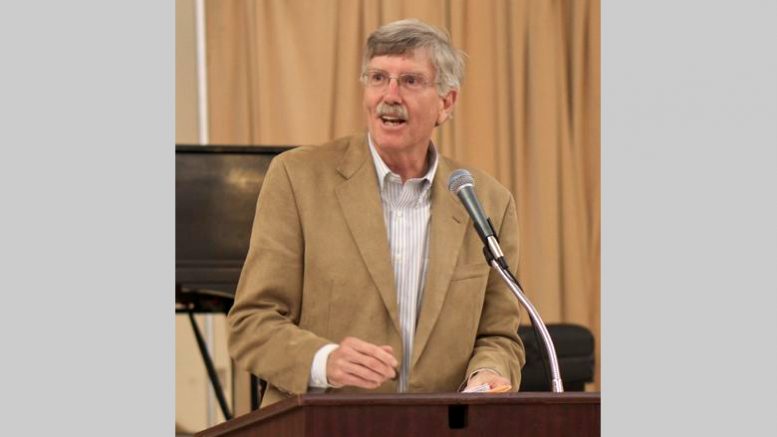 On the occasion of his retirement from the district court bench, this is a tribute to Jay Bryan, friend and former colleague, attorney, Carrboro Alderman and judge. Behind the titles is a warm, kind, compassionate person who always sought justice for all he came in contact with, sometimes against the bulwark of government or the system.

Of course, in one way, Jay was the system in each of those capacities. But he used that position to promote all people’s well-being, to bring a voice to those whose vulnerability and situation in life left them bereft of an ability to even know how to proceed. He treated everyone, whatever their role in the situation, with respect, kindness and sympathy. The poor were treated exactly the same (well, maybe even a little better) than those of means. And with stature.

One title not in the list above is poet, which, in a way, sums up Jay. He always looked at life through a poet’s lens.

Currently, the Carrboro Town Council (formerly the Board of Aldermen) begins with a poem from town residents, thanks to Jay’s tradition. Jay started a poetry club and festival that has brought together many poets and lovers of poetry over the years. He encouraged the creation of the posts of poet laureate in Carrboro, Orange County and the region. Other communities then joined in honoring their poets as laureates.

Jay suffered a tragedy in the loss of his first wife, Amanda Kyser, the mother of their two children. Amanda suffered from spinal cancer. Throughout Jay’s long watch as the disease destroyed her body, Jay wrote a poem to her every day. I am sure the poem was for both of them as they suffered together. After my husband Dan Pollitt died, Jay shared with me that poetry treasure to help me in my sorrow.

Jay was elected to the Board of Alderpersons on an environmental issue. He followed through by helping to put in place the strictest watershed rules in North Carolina and constantly asked his fellow board members to evaluate each item on our agenda for its environmental impact.

Now, while all of Jay’s undertakings were of great importance and had a wide effect, not all were so lofty. Always concerned over the environment, Jay decided to try to change the state building codes to reduce the amount of water its residents used.

Civility was one of Jay’s most important goals while helping to solve disputes. When the Hogan Farm development brought out ugly and mean behavior towards the Hogans for proposing a large housing community, Jay instituted mediation that resulted in a satisfactory compromise. (Now Hogan Farms residents love the community, unaware of the strife that led to this beautiful neighborhood.)

After those unpleasant confrontations, Jay wrote Rules of Conduct for the Carrboro board’s meetings. It was posted on the wall of the board room and referred to at the start of all the meetings.

I objected, as I didn’t think grown-up people needed rules to behave properly. But not only was I overruled, but to my surprise, the Orange County Board of Commissioners adopted it for their meetings. I have no doubt meetings are more civil now that the rules remind people to always be polite and respectful to their neighbors.

I wish I could find a word that summarized Jay Bryan, the most civilized person I know. Perhaps another poet, whom he has nurtured, can come up with the perfect description, and maybe even a poem to honor this most esteemed of men.

Ellie Kinnaird is a resident of Chapel Hill and a former mayor of Carrboro and member of the state senate.

Be the first to comment on "In Praise of Jay Bryan"