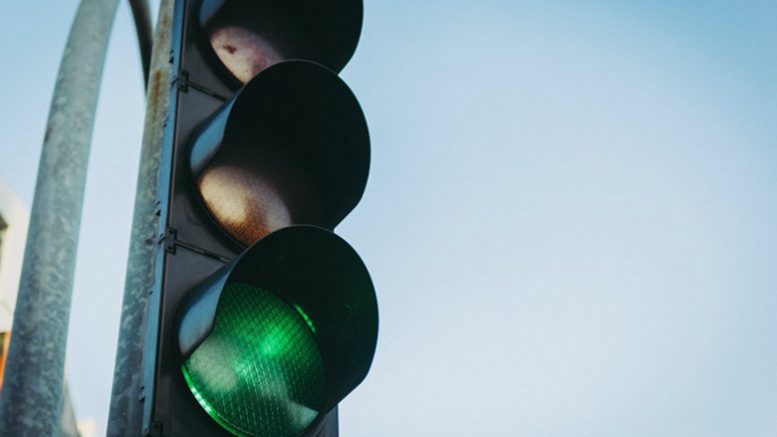 Traffic clearly is getting worse in Chapel Hill. Alternatively, traffic actually is getting better. Then again, maybe vehicle traffic is pretty much the same as it’s been.

In fact, all those statements might be accurate — depending on how traffic is measured in the community.

Annual Average Daily Traffic, or AADT, is measured by the North Carolina Department of Transportation on an annual or every other year basis in the fall, at 44,740 locations throughout the state. Four hundred and sixty-two of these locations are within Orange County and some 82 fall within the boundary of Chapel Hill. Measurements count vehicle trips passing sensors during a 48-hour period. Town staff provided The Local Reporter with a copy of the enormous Excel spread sheet compiled by NCDOT. This particular spread sheet listed sensor counts for the years 2002 through 2017.

Most of the data points are listed only for the odd years and even among the odd years there are a fair number of missing points, or empty cells. Whenever NCDOT staff perceived a sensor error, they left the cell empty, so as to not provide erroneous information.

How these vacant cells are processed has a consequential outcome on the “published” result, that is, on the description of whether traffic is increasing, decreasing or remaining constant.

Another factor that undoubtedly affected the quality of the NCDOT sensor counts was the actual dates during which the data was collected. We all know the massive impact that visitors attending UNC basketball and football games has on Chapel Hill traffic, yet those sensor readings are not available.

As a point of reference, traffic data was collected for the Central West Small Area Plan during the period that President Obama was visiting the town and many roads were closed. Only much later when the consultant presented a recommendation about remediation steps needed to keep traffic flowing at the Martin Luther King Jr. Boulevard and Estes Drive intersection did it become apparent that the raw data must be flawed. Traffic counts were re-collected.

A potential resolution to this problem of empty cells would be to use the town data collected separately during the dozens and dozens of Traffic Impact Analysis consultant studies done as part of the town’s development approval process.

But if we assume that we are dealing with perfect data from NCDOT, what can we conclude?

The Chapel Hill town government staff, in presentations to the town council and during broadcasts on radio station WCHL, prefers the decreasing view of traffic. The town states that traffic in Chapel Hill decreased by 4 percent from 2003 to 2017, a 14-year period. And traffic may be decreasing in some locations in Chapel Hill due to the significant investment in free bus service over the last decade or so as well as more people riding bikes to commute to work.

During the period from 2005 to 2009, traffic was essentially constant.

In other words, pick your period and the answers vary enormously, even just with the data provided from 2002 through 2017. Better analysis would use data collected during the 10-year annual census periods so that population trends could accurately be compared to traffic results.

Regardless of the various traffic counts totaled throughout Chapel Hill during various time periods, why does the typical resident have a “seat of the pants” feeling that traffic is surely increasing?

Since Chapel Hill is not laid out on a grid, there are but a few thoroughfares, such as Martin Luther King Jr Boulevard, Fordham Boulevard, Franklin Street and Estes Drive, that all drivers must use or cross to get anywhere in or out of town. It is traversing these thoroughfares that occasionally give residents, pass-through commuters and visitors alike traffic nightmares.

Most of the congestion during rush hour that annoys drivers involves those thoroughfares, and is easy to diagnose. For example, the road funnel where two lanes of Franklin Street and two lanes of Fordham Boulevard heading toward Interstate 40 are merged into a total of two lanes is one of the major headaches.

Since both Franklin and Fordham are NCDOT roads, there is little the town can do beyond complaining. NCDOT currently has scheduled remedying this particular traffic problem for 2025 — three to five years after the new Wegmans store opens, the new UNC Healthcare Eastowne Campus is finished and three major new apartment dwellings along Fordham Boulevard will be in operation.

The perception of Chapel Hill traffic being bad and getting worse is clearly represented by the public sentiment displayed in the results of the periodic “Town of Chapel Hill Community Survey.” The 2018 edition shows that vying for first place in dissatisfaction with town services, along with parking, is “Management of Traffic Flow.” The 2015 Survey shows a similar first-place tie for dissatisfaction in “overall flow of traffic & congestion management.”

Dissatisfaction with traffic leads the way in 2013 and 2011, while traffic falls to second place in dissatisfaction in the original 2009 survey, following “managing and planning for growth.”

2 Comments on "Is Traffic Worse, Better or the Same? All of the Above."