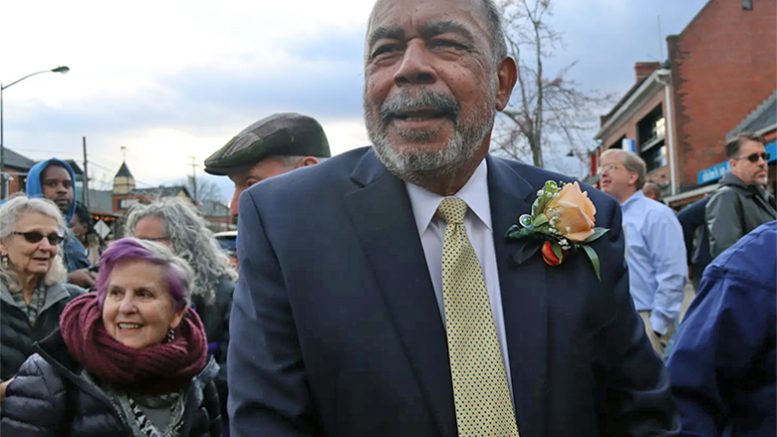 The cost of liberty is less than the price of repression. — W.E.B. Dubois

There are a few things to know about Chapel Hill resident, Jim Merritt, in order to understand the kind of man he is.

In 2008, Jim Merritt was appointed to the Chapel Hill Town Council after sitting council member Bill Thorpe died. It was a decision that was made through a public process that cited Merritt as a Chapel Hill Northside native, with an extensive career in public education – a man who grew up in segregated Chapel Hill.

Merritt’s political philosophy is one that was ingrained in him by his parents, and one that has made him who he is today. He believes equality means the ability to obtain a quality of life that’s shared across the spectrum, denied to no one. But Merritt’s larger story is understood through his participation in two seminal events: the fight for Civil Rights and the war in Vietnam. For Merritt both can be understood through what happened – not through the decades – but on two very specific days.

The first was on February 28, 1960. 61 years ago now, a group of Black Lincoln High students set off a decade of civil rights demonstrations in Chapel Hill when they sat down in a booth at the segregated Colonial Drug Store on Franklin Street and asked to be served.

1960 was a milestone year for the civil rights movement in North Carolina. That year, on February 1, four black college students at North Carolina A&T had taken seats and refused to move at the Woolworth’s lunch counter in Greensboro.

The news inspired the Chapel Hill group, Merritt said, and they decided to launch their own sit in. “We weren’t frightened,” Merritt said, “we were just set on doing what we needed to do.”

The story of that sit-in is what first inspired the Rev. Dr. Martin Luther King Jr. to visit the town and the Hargraves Center in Northside in 1960 — one of two visits he made to the area that year. Chapel Hill Nine Marker on Franklin Street is a reminder that 9 brave men stood up for the right to sit down.

In 1967 Merritt was on the battlefields—in hot landing zones and rice paddies, in hospitals, and knee-deep in the Vietnam mud. It was Thanksgiving. As part of Echo Company Infantry Battalion Unit, Merritt and his platoon moved from hot zone to hot zone. It was extraordinarily stressful, physically and mentally. There were ambushes and attacks, grueling machine-gun battles, and impossibly dangerous rescues of wounded comrades.

On the 23rd, Fayetteville, NC Chaplain James D. Johnson chose to accompany the men, unarmed, on their daily combat operations. It was a decision made against the recommendations of his superiors. But his ministry was not from a pulpit but on the battlefields, where men needed it the most.

In his book, “Combat Chaplain: A Thirty-Year Vietnam Battle,” he talks about that day in 1967 when Merritt’s platoon was attacked. “I get the all too familiar call that Echo Company had encountered another mine booby trap and casualties will be coming into the hospital via dust offs. Four wounded are flown in, all with fragment wounds. They unload the bodies, and we have three KIA’s (Killed in Action).” Jim Merritt was wounded but survived.

Merritt was shot in both legs and was flown to Saigon for surgery and two months of healing. He lost many of his mates and for years he relived that life changing day.

“The aftermath of war and my need for healing and cleansing was profound. In many ways it led me to want to share my deeply personal story with other veterans and offer any words that could be therapeutic to any combat veteran who still suffers from his Vietnam experiences,” says Merritt.

Merritt received the Purple Heart (PH). The Purple Heart is the oldest military award still given to brave American soldiers who have willingly put their lives on the line for the betterment of our country. Jim Merritt with his platoon mates in Vietnam.

In a sense, Merritt was simply an ordinary young American man in an extraordinary time. And yet his courage at Colonial Drug store and in combat during the Vietnam War were life-changing moments that made him understand that we can all rise up, higher than we ever imagined – boldly, courageously, with conviction.

Perhaps that’s why Merritt continues to give back to the community he loves. Currently he serves as Co-Chair of the Orange County Veterans Memorial Committee. The mission is to provide a living memorial to those who have served our country in the uniformed services since the founding of our nation.

“We want war memorials to honor the effort and sacrifice of those who have served; comfort those who have lost loved ones; and provide a site where people can remember and grieve as a community.”

Because everybody deserves to be remembered.

For more information on the Veterans Memorial, visit: www.ocveteransmemorial.com Freedom is the Life Blood of Human Society