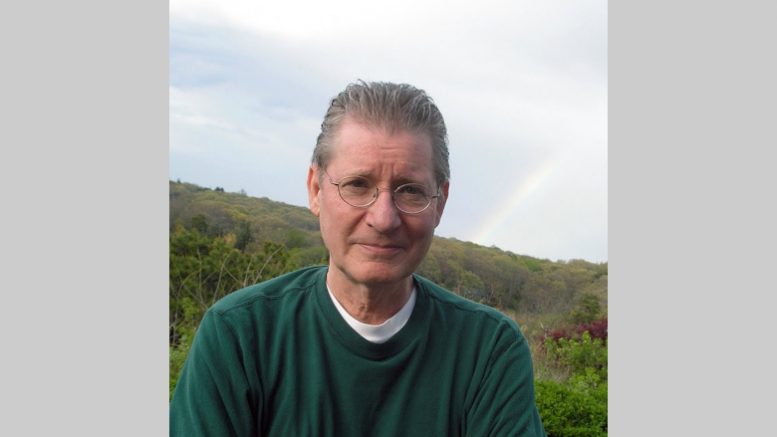 Chapel Hill and, in fact, all of Orange County, is well-known for the superfluity of artists who make this land their home. While every art form is represented here, from potters to playwriters, we seem to be blessed, on our little postage stamp of soil, with an unparalleled gathering of great writers and internationally acclaimed photographers, almost too many to name in the space we have here. But we can focus on one of them, John Rosenthal, who in many ways is the ideal representative for them all.

For decades Rosenthal has defined what it means to see the world through an artist’s eyes, and, as both a writer and a photographer, he lays claim to a unique perch, capturing existence through the lens of a camera and the lens of language. For years it felt as if every restaurant in Chapel Hill had at least one of his photographs in it, and as a commentator on NPR he perfected the mini-essay, with disquisitions on literature and life.

He has recently published a memoir, Searching for Amylu Danzer, a book years in the making and one most certainly worth the wait. Searching for Amylu Danzer is a book about so many things: love, loss, friendship, and the persistence of memory. We all have moments from our past that stay with us – an unresolved grief, a lingering regret, the unanswered question. We mull over these moments on sleepless nights; sometimes they come unbidden in the bright light of day. Our heartaches may fade, but they never fully disappear.

On the afternoon of February 24th, 1965, Amylu Danzer, a twenty-year-old art student who’d been visiting Jones Beach on Long Island, went missing. A month later her body was swept ashore some sixteen miles away at Far Rockaway. In Searching for Amylu Danzer, Rosenthal searches for her again, in a heroic attempt to understand her death and her place in his life. The book is full of gorgeous prose and biting humor and a searing honesty as he traces how the boy who knew Amylu Danzer and the young man who lost her became the man who remembers her now. Rosenthal’s book, says author Pam Durban, has a lingering power and grace. “… to experience life as complicated as it is, the way it happens in this book, is to be invited to remember that life resists being reduced or simplified.”

As a photographer well-known for his black-and-white images of New York City, Rosenthal can capture a world seemingly moments before it disappears. His photographs have been exhibited across the country. His one-person shows include exhibits at the National Humanities Center; the Asheville Museum of Art; the National Academy of Sciences in Washington, D.C.; the University of North Carolina at Chapel Hill; Duke; the NIH in Bethesda, Maryland, among many others. John Rosenthal was born in New York City in 1942. He received his BA from Wake Forest College in 1964, and an MA in English Literature from Columbia University in 1966. He taught English at the University of North Carolina-Chapel Hill until 1971 when he left teaching to become an essayist and a photographer. In the 1990s Mr. Rosenthal was a commentator on WUNC and NPR’s All Things Considered, and in 1998, a collection of Mr. Rosenthal’s photographs, “Regarding Manhattan,” was published by Safe Harbor Books, and in August of 2008 an exhibit of his Lower Ninth Ward photographs, “Then, Absence,” was displayed at the New Orleans African-American Museum, the Center for the Study of the American South, and Boston’s Panopticon Gallery. He exhibits at FRANK Gallery in University Place, Chapel Hill.

Searching for Amylu Danzer is a powerful book, and in writing it Rosenthal has ensured that however short the life of Amylu Danzer was, it will not be counted as one of those “which have no memorial . . . The ‘why’ of her death had become, accidentally, the archetypal mystery of my life. Who was she? What happened? Did she matter? What do we remember? Who does the remembering?”

Says Rosenthal about the book: “I began with a mystery—that at sixty I knew her better than I knew her at twenty-two, my age when she died. I began to revisit the Amy I had known, but this time with the questions of an older man. I polished the lenses of my own self-mythologies and replaced them. This book is the memoir of a posthumous friendship.”

John Rosenthal will be signing and reading his memoir at:

So Many Things Make Us Special