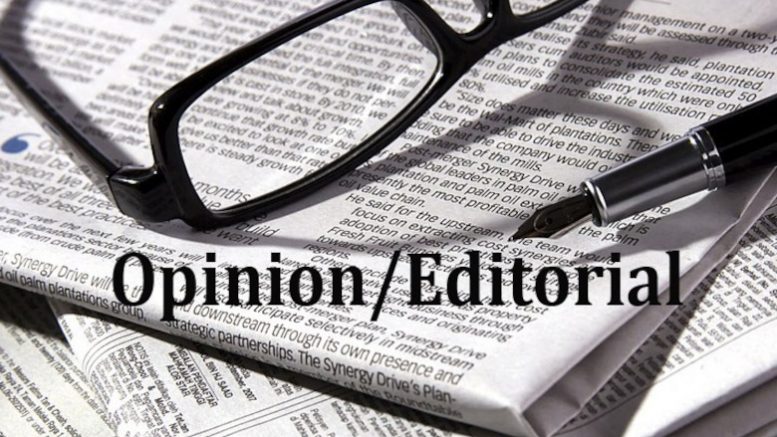 Our liberty depends on the freedom of the press, and that cannot be limited without being lost. — Thomas Jefferson

Two years ago, during the summer of 2020, journalists in the U.S. faced unprecedented challenges that made it increasingly difficult to fulfill their crucial, independent watchdog role as the “Fourth Estate” of our nation’s democracy.

In the months following the murder of George Floyd, journalists who covered nationwide protests against police brutality were routinely subjected to harassment, physical intimidation, threats of violence and actual violence.

One of the best examples of this disturbing trend is the case of CNN reporter Omar Jimenez. A national correspondent for CNN, Jimenez, a Black man, was taken into police custody on May 29, 2020, during a live broadcast, while reporting from the site of protests in Minneapolis just days after George Floyd’s murder. Jimenez was handcuffed by police officers on camera and taken to jail, even after identifying himself as a journalist.

The Committee to Protect Journalists [CPJ], an independent, nonprofit organization that promotes press freedom worldwide, reported that at least 110 American journalists were either arrested or criminally charged for reporting in 2020, and around 300 U.S. journalists were assaulted that same year — the majority of those assaults being committed by law enforcement, according to the nonprofit’s website, cpj.org.

CPJ, along with the Freedom of the Press Foundation helped create the US Press Freedom Tracker, which really keeps granular statistics of press freedom violations across the globe.

CPJ attributed the rise in threats against U.S. journalists in 2020 to “an increasingly polarized political climate, militarized law enforcement, and vitriol toward the media combined during nationwide protests to create a violent, perfect storm.”

Unfortunately, the perfect storm has not yet passed, said Katherine Jacobsen, U.S. and Canada Program Coordinator for CPJ.

“What we’ve been seeing is a public erosion of trust in journalism, and also an increasingly hostile view of reporters,” Jacobsen said. “It’s one thing to refute a journalist’s stories or their accounts. It’s another thing entirely to create a separate reality, in which journalists are either nefarious actors or lying.”

Stephen Buckley, the Patterson Professor of the Practice of Journalism and Public Policy at Duke University, said increased mistrust of journalists has led to a loss of respect for the profession.

“For a good portion of the population, journalists are wrong until proven right,” Buckley said.

As a journalist with more than 30 years of experience, Buckley said online harassment, intimidation, and threats of violence against journalists are at an all-time high.

On June 28, 2018, a gunman shot to death Gerald Fischman, an editor for The Capital Gazette, in Annapolis, Maryland. Fischman, 61, was one of five people killed — four of whom were journalists — during the mass shooting. Police arrested Jarrod Ramos, 38, and charged him with five counts of first-degree murder. Ramos had previously filed an unsuccessful defamation lawsuit against the paper, according to the CPJ website.

In 2015,  Buckley moved to Kenya, where he taught at The Aga Khan University before becoming the lead story editor for Global Press Journal — an international news organization that focuses on underreported regions. Buckley said his experience of living abroad informs his deep conviction that a free press is essential to the preservation of democracy.

“Having lived in places where the press was not free, and I saw how that contributed to the instability of democracies in some of those countries where I lived,” he said. “I can tell you that without a free, independent press…it’s very hard to have a stable democracy. In fact, I would argue that it’s impossible.”

On its website, CPJ’s recent alerts focus on the plight of journalists from all over the world, including Ukraine, Nigeria, Uganda, Mexico and Kazakhstan. However, it would be short-sighted to assume that American journalists are somehow immune to the same intimidation, threats of violence, and actual violence, Jacobsen said.

The core mission of CPJ is to defend the right of journalists to report the news safely and without fear of reprisal, and education of the general public is a key component in achieving that goal, she added. The check on power that journalists provide is critical, Jacobsen said, and the First Amendment must never be infringed upon.

“It’s really important for the general public to understand how much of an impact having local news actually has on the community, and I think unfortunately, we don’t necessarily realize that as a public until it’s too late,” she said.

“That kind of slow burn — I think it’s very easy to neglect and not pay attention to until it’s not [there] anymore,” Jacobsen added. “And I very much hope for the United States and for the future of our democracy but that we we think about this problem before it’s gone over the edge.”