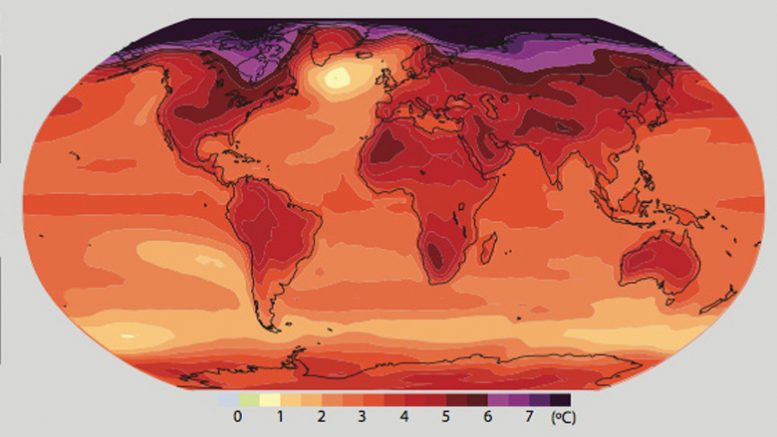 Professional seminars attract a wide range of visitors to Chapel Hill, including professionals who need continuing education, retirees who enroll in workshops at UNC Friday Center, and visitors who are interested in lifelong learning.

One such workshop, Climate Matters in the Newsroom, brought journalists to Orange County to learn about the causes and consequences of climate change.

“I can’t think of a more important issue facing the public than climate change and I was heartened by the response from broadcast and print journalists across the state who attended this two-day event,” said Tom Linden, M.D. Glaxo Wellcome Distinguished Professor of Medical Journalism Hussman School of Journalism and Media. Learn More. Linden said the idea of the workshop came from his colleague, Susan Hassol, a climate change communicator known for her ability to translate science into English, making complex issues accessible to policymakers and the public. Susan is the director of Climate Communication, a non-profit science and outreach project supported by grants from the Rockefeller Brothers Fund and the Hartfield Foundation.

In her work, Hassol, addresses the climate challenge:

“The science of global warming is clear and the situation is urgent. Human activities are loading our atmosphere with heat-trapping gases. The disruption of our planet’s climate system is already having serious impacts. Heat waves, forest fires, and heavy downpours are intensifying. Sea level is rising and will continue to for many centuries.”

“The Telling Local Climate Stories workshop was an extremely helpful experience because the professors and subject matter experts provided a thorough overview of climate change issues in a compelling manner. It has helped me better understand the big picture, while I also came away with some good story ideas,” said David Mildenberg, Business NC.

Leaning on experts and credible scientists is essential to providing the public with clear, evidence-based information in all areas of environmental reporting.

Daniel Schrag, the Sturgis Hooper Professor of Geology and a professor of environmental science and engineering at Harvard University, recently sat down with Journalist’s Resource to offer tips on environmental and science reporting and shared his own observations and perspective on the field.

“The goal of environmental journalists should be to communicate to the public about what’s going on in the correct context and timescales of climate change,” he said.

“For example, when Hurricane Harvey dropped over 50 inches of rain near Houston, Texas in September 2017, it was the first time a single place in the continental U.S. had experienced that amount of rain during one storm system, he said. “You could never say that this particular hurricane was caused by climate change,” Schrag said. “But you can say climate change leads to conditions that make these hurricanes worse, and makes it rain more, makes the water in the ocean warmer for the hurricane to grow faster. Learn More.

UNC faculty who spoke at the workshop included: John Bruno, a marine ecologist in the biology department of the College of Arts and Sciences at UNC-Chapel Hill. For the past 20 years, he has studied the impacts of ocean warming on coral reefs and other marine ecosystems. He was an author on the 4th National Climate Assessment released last fall. The assessment reported that “Climate change creates new risks and exacerbates existing vulnerabilities in communities across the United States, presenting growing challenges to human health and safety, quality of life, and the rate of economic growth.”

Jason West is a professor in the department of environmental sciences and engineering at the UNC Gillings School of Global Public Health. Using computer models, he studies how climate change and air quality interact with one another, and with energy and human health. He can explain how changes in emissions impact climate change, global air quality, and health.

“I can’t think of a more important issue facing the public than climate change. I was heartened by the response from broadcast and print journalists across the state that came to the Hussman School of Journalism and Media to attend this two-day event. Speakers from UNC, state government, NGOs and elsewhere gave all of us a solid scientific grounding for future reporting,” said Tom Linden.

Evoking Wonder and Building Community with Cardboard, Cloth and Clay: A Conversation with Paperhand’s Donovan Zimmerman