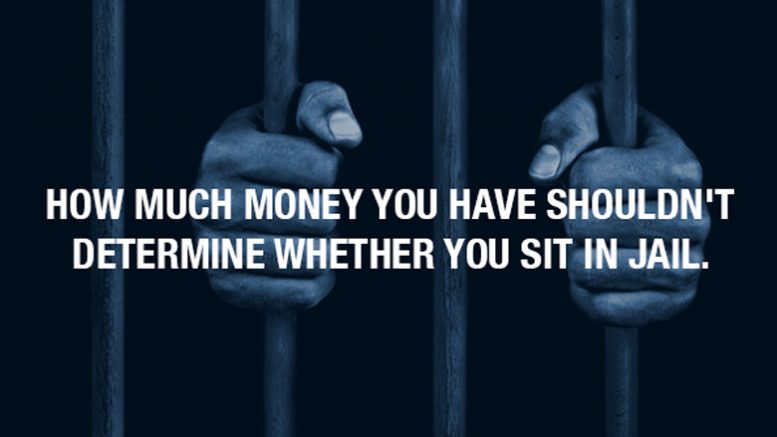 A new nonprofit is working to reform cash bail in Orange County.

Orange County Bail/Bond Justice, a project of seven local faith communities, is dedicated to changing what it calls unjust bail practices in the county and providing assistance to people who cannot afford to pay their low-cost bail.

“How much money you have should not determine whether you sit in jail,” said Kimberly Brewer, the chair of the new organization.

Orange County Bail/Bond Justice’s top priority is establishing a $50,000 revolving bail fund that would be used to post low-cost bail for those in the county who cannot afford the cost. Upon court appearance and/or case resolution, the bail would be returned to the fund to help others who can’t post bail.

According to the nonprofit, in 2018, approximately 1,000 people in Orange County were detained pre-trial because they could not afford to pay bail. Recent cases have ranged from stealing a two-dollar candy bar to trespass, littering, drug possession and more serious felony charges.

The overall goal of the project, said Brewer, is a more just bail and pre-trial system.

“Today’s system of bail and pre-trial detention unjustly penalizes people who are unable to pay, and especially impacts people of color,” she said. “Defendants are held in jail on a pre-trial status, meaning they have not been convicted of a crime, but will not be released until they pay bail or post a bond.”

In a press release, the organization noted that because of being jailed pre-trial, those charged can lose their jobs, homes, child custody and much more because they are not able to meet these responsibilities while incarcerated. Studies, say the organization, show that those detained pre-trial are also much more likely to be sentenced to prison.

The creation of the nonprofit stems from an October 2018 informal discussion among members of Binkley Baptist Church and the NAACP’s Chapel Hill-Carrboro branch criminal justice committee. Both groups were concerned about bail practices in Orange County District Court.

The movement to reform cash bail has been growing nationally in recent years. Advocates have raised charitable funds to pay bail for poor defendants in Boston, Brooklyn, Seattle, Nashville and elsewhere.

While there are organizations working on bail reform at the state and local level, Binkley members saw churches as a missing but needed voice.

“Any and all forms of privileged favoritism bring with them justice inequity, including issues of unequal treatment just because of access to bail money,” said Binkley Rev. Marcus McFaul. “Some things are just wrong. Our congregation, and our partners, feel this needs to be addressed locally.”

“People of faith often wonder how we can participate in God’s promise to bring release to the captives. With this project, we need not look any further,” said Rev. Clarke French, rector of the Church of the Holy Family.

Orange County Bail/Bond Justice began a court observation program last March. The goal was to learn more about how bail is set and to educate the community about bail/bond justice issues, including good practices and those needing reform, while building local support.

At least 2 trained court observation team members have been present almost every day in Orange County District Court since March to observe and document how bail was set, and enter the data into the project database.

In December, Orange County Bail/Bond Justice will issue a report on the preliminary findings of its court observation program. Attorneys who are partnering from other organizations, including the NAACP Criminal Justice Committee, UNC Law School and the ACLU, will assist with development of the report,

The project’s requirements for eligibility for assistance from the bail fund will include a maximum bail of $3,000 (which covers misdemeanor and low-level felony type charges); the person must live in Orange County; the fund only operates for Orange County charges; the person has no hold that would preclude their release (such as from another jurisdiction); and the person must have a way for the bail fund to contact him or her.

There will be other considerations in assessing the referrals for assistance, such as dependent or other family members who may be harmed by the applicant’s detention, and multiple, recent failures to appear in court. The project estimates that the average bail to be posted will be $2,000. Orange County Bail/Bond Justice hopes to begin posting bail for defendants in January, assuming it has the funds on hand.

The nonprofit has just launched a GoFundMe campaign, with a goal of raising $25,000 through the campaign by January. The link to the campaign is https://www.gofundme.com/f/help-end-unjust-bail-practices-in-orange-co-nc?utm_source=customer&amp;utm_medium=email&amp;utm_campaign=p_cp+share-sheet.

CHCCS Not Shifting Yet to Hybrid Plan