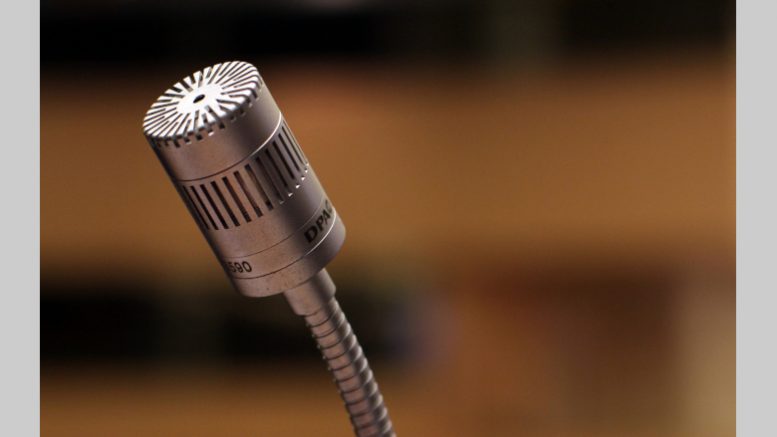 Chapel Hill residents are voicing concern over the late-night meeting times of recent public hearings, some of which have lasted until midnight and beyond.

“There’s no doubt that when you see your issue listed as #15 or higher in the agenda, it’s a disincentive to attending,” Claire Horne, Chapel Hill resident, said.

Horne, who has followed recent discussions on the South Columbia Street Annex project, said public forums about this development have rarely begun before 10 p.m. and sometimes lasted until midnight.

Though town manager Maurice Jones did not respond to requests for comment, Ran Northam, the town’s interim communications manager, said that the pandemic has made it difficult for council to conduct hearings at more regular times.

“The Town Council has had a lot of business to conduct in recent months in addition to critical updates on topics like COVID-19, and that has quite often stretched meetings late into the evening,” he said. “Meetings are scheduled in the evening to allow people who work the opportunity to get home, maybe grab dinner, and still have a chance to participate in their local government — including the council members and town staff that attend the meetings.

“We also understand there are other factors — like family life and nontraditional work schedules or the night shift — that may still be a barrier to attending the meetings.”

Northam also pointed out that hearings on issues with significant public interest, such as the 1200 MLK development, were scheduled around 7:30 p.m. in recent months.

Chapel Hill Mayor Pam Hemminger, who sets the agenda with town manager Maurice Jones, said, “We try very hard to schedule items that we know have the most interest for earlier in the evenings,” but it can be difficult in May and June as they try to wrap up business before taking their annual break in July and August.

“There are several development projects in the works right now with a great deal of public interest,” Hemminger said. “We value public input, and that adds to the length of an item being discussed, which can cause other items to start later.”

She also pointed out that community members can contact council at any time regarding developments via phone, email or letter.

Geoffrey Green, Chapel Hill resident who had signed up to comment at a recent meeting but logged off before the item came up, said he’s also concerned about the late meeting times, but the issue is better than it used to be.

“Over the last few years, council has been significantly better about that through steps such as reducing the amount of time spent on ceremonial matters at the beginning.”

Nevertheless, last week’s council meeting once again ended after midnight. The two items that generated the most interest from the public — a proposed rezoning and redevelopment of University Place and whether to regulate short-term rentals — were put at the end of the meeting. Several speakers who had signed up did not stay up to comment.

Horne said that, although the late meeting times have been inconvenient, the ability to join via Zoom has made things easier, and she hopes the option to join virtually remains even after the pandemic.

Northam said town staff “will continue to look at ways to increase accessibility to meetings in a post-pandemic world.”

“We do not yet know what that will look like.,” he said. “Part of what goes into that consideration is what state law allows.”

The next public hearing is scheduled for this Wednesday, when residents will be able to give their input on the proposed Aura development, along with other development projects.

Homeschooling? Advice from Those Who’ve Been There

If the University is closed, how do you get people to visit Chapel Hill?