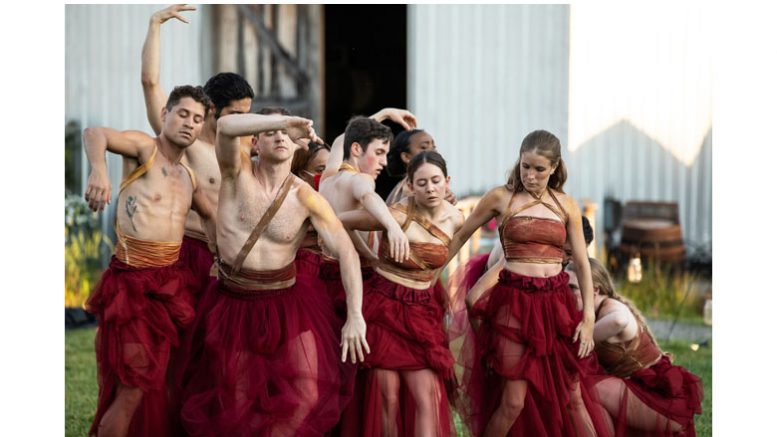 In the 88-year history of the American Dance Festival (ADF), a scheduled performance season has only been cancelled one time, in 2020 — as a response to the COIVD-19 global pandemic. This persistence and perseverance over the course of almost nine decades bespeaks ADF’s commitment to the development, presentation, and support of a unique performance art, the modern dance.  Sometimes described as a Western Theatrical dance form that prioritizes experimentation and personal expression, the modern dance grew from its primary sites of origin in pre-WWII Germany and the United States to encompass a worldwide movement that has been embraced by choreographers, performers, and audiences in practically every corner of the globe.

Modern dance provides a platform for people to express the ineffable qualities of life while also celebrating them through the ephemeral nature of human movement. While technological advances have provided ways to capture and archive the dance in previously unimaginable ways, the essence of the form is live performance where, as ADF director Jodee Nimerichter says, people gather for “a communal experience, absorbing the art with people alongside you, and enjoying how one another react.”

When COVID hit, Nimerichter recalled thinking, “Oh, my gosh, these artists are going to lose all this work. What are we going to do to support them?” She realized that the Festival wasn’t going to be able to gather audiences, and that all the students and faculty who depend upon ADF in the summertime wouldn’t be able to convene. “I felt like we were letting down all of our communities,” she said.

Like almost every other arts organization, ADF discovered new ways during the pandemic to imagine and enjoy mediated dance through digital platforms. The staff found it both challenging and invigorating, in that new ways of pairing creators and audiences were born. After a year and half, though, it was important for Nimerichter to seek ways to return to live performance. “Having worked in television, I love the fact that no one is editing what I’m seeing. As a viewer, I’m choosing what I’m seeing, as I’m seeing it unfold in real time.”

This summer, Nimerichter chose to step back into live performance by focusing on two aspects of dance performance that might have received less attention in a typical year, namely, outdoor performance and the commissioning and presenting of North Carolina artists. The decision to resume live performance involved trying to balance safety with the need for artists to earn a livelihood. “Based on the information we were hearing,” Nimerichter said, “from all of the appropriate institutions and agencies and doctors, we felt that it was probably safe to be outside. In my mind, we needed to try to present work because we needed to find ways to support artists, to sustain them and help them get through this pandemic.”

She added, “Artists play an important role in reminding us what is worth living for. If there aren’t any artists, then ADF doesn’t really have a role to play.”

Thus far, the festival has presented an inaugural showcase at Durham’s Mystic Farm & Distillery and an installation of duets. The showcase included performances by Durham artists ShaLeigh Dance Works, Nia Sadler, Gaspard & Dancers, and Soul Struck. The duets, entitled Pairs in the Park, partnered Winston-Salem based choreographers Chris Yon and Taryn Griggs with 10 North Carolina dance artists, ranging in age from 19 to 76 years old, as they interacted with the sculpture garden of the North Carolina Museum of Art (NCMA). Both concerts were presented to limited audiences to ensure adequate spatial distancing and performer safety. ShaLeigh Comerford, artistic director of Durham-based ShaLeigh Dance Works, choreographed the opening of the Mystic Distillery event, drawing on collaborative input from the 10-member cast. She used the unique milestone of a return to live performance to explore content that was a departure from her historical approach. “Much of my work is usually dark and emotional,” she said. “And it has these points of inquiry that dig deeply into my own personal curiosities. But for this, it was just, wow, we are together again. I just want to celebrate that. I just want this to feel like a gift to the audience.”

Similarly, Yon and Griggs saw their creative process as “trying to create a situation where many voices were interacting through our proposals, generating a fertile way to have dialogue with people and to share joy, imagination and kindness versus solely a display of the intellectual or physical.”

The emphasis on creative process as an act of community building was reinforced by the decision to focus on North Carolina artists.  For Yon and Griggs, the pandemic pulled the rug out from under them just as they were beginning to establish themselves in the state. “We were re-emerging, having just moved to North Carolina a few years ago. We were just getting our feet on the ground, had made a bunch of stuff, and were excited to greet the world again, and then everything shut down.” When ADF commissioned them, they knew they wanted to work with as many people as possible and expand not only their internal artists’ network, but also create an opportunity for other connections to happen. What would happen, they wondered, if curious pairings between North Carolina artists were generated, and how would that translate to the audience that would attend?

For Comerford, the pandemic has made “local” more important. “ADF giving North Carolina artists an opportunity to have a platform, and to come together, creates a really special dynamic and a partnership that shows us how we’re all here for each other. We want our artists to stay, and we want our organizations to live on.” That sense of partnership is always at the forefront of Nimerichter’s vision for ADF. “ADF has had so many amazing partners over the years,” she said. “Duke University, The City of Durham, The Living Arts Collective, the North Carolina Museum of Art, Weaver Street Co-Op in Carrboro, Nasher Museum of Art, just to name a few.” Through these partnerships, ADF is able to carry out its mission to serve artists, audiences and communities through dance, each one providing access to new publics, perspectives, and opportunities.

Looking towards the future, ADF is excited to continue to provide pandemic-sensitive programming through the work, “A Body in a Cemetery,” choreographed and performed by Eiko Otake in Durham’s Maplewood Cemetery. Otake’s work has approached dance performance as a way of negotiating death and dying for much of her professional career, and this new piece is sure to be a particularly potent offering during this time of increased awareness of impermanence and its accompanying invitation to cherish the present moment. As well, in September, ADF will present “Together We Dance,” a week-long series at the NCMA amphitheater, which will showcase internationally recognized performance groups more typical of ADF’s traditional curated offerings.

Never far, though, from ADF’s concerns, is its commitment to the local. Through its year-round educational programming at the ADF Samuel H. Scripps studios in Durham, or the possibilities for partnerships with incoming Executive and Artistic Director for Carolina Performing Arts Alison Friedman, Nimerichter sees the future as full of possibility. After a year in which, like many arts organizations, ADF had to make some painful choices that involved eliminating some staff positions and asking those that remained to take on additional work under stressful conditions, Nimerichter remains optimistic that the future will provide ways to flourish. “Once I got past the initial existential threat of the pandemic to ADF, I realized that ADF is not going to disappear. As this has evolved, it has become really interesting to consider how to build on our 88-year history of service to the field of dance, applying what we have learned through this time in new and exciting ways.”

For information on the festival’s upcoming events and how to get tickets  or about the ADF studios in Durham, visit: https://www.americandancefestival.org/.

Ray Eliot is a choreographer and dance educator who divides his time between Chapel Hill and Cholula, Mexico.

History is Present at the Library