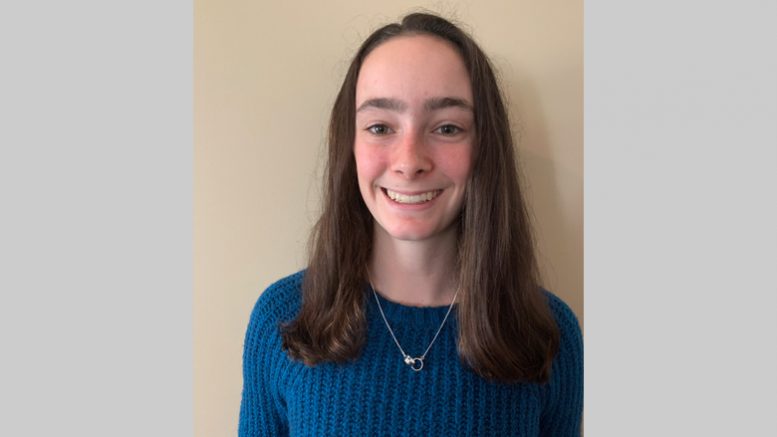 Because of the coronavirus pandemic, there may not have been a gym full of students and teachers for the fanfare that goes with a standard signing ceremony. Still, local athletes managed to sign their letters of intent with colleges across the country last week.

At Chapel Hill High School, senior Sydney Runkle signed with the University of Wisconsin to run track and cross-country. Another runner, Emil Arangala, signed to run with Lafayette College next fall.

This week, Runkle will start her senior season with Chapel Hill cross country. In 2019, Runkle finished fifth in the 3A Mideast Regional at Northwood High School in Pittsboro. In 2018 and 2019, Runkle was a member of Chapel Hill teams that finished second in the 3A State Championship meet.

Runkle also competes in indoor and outdoor track & field. She finished fifth in the 3,200 meters in the 3A North Carolina High School Athletic Association State Indoor Championships. Runkle came in seventh in the 1,600 meters.

Arangala finished third in the Big 8 Men’s Cross Country meet at WakeMed Soccer Park in Cary, behind teammates Max Reisinger and Owen Rogers. Arangala finished fourth in the Mideast Regionals and tenth in the 3A State Championship meet at the Ivey Redmon Sports Complex in Kernersville.

Also from Chapel Hill High, senior volleyball player Caroline Lucas signed with Division III Haverford College. Lucas was a rotation player on Chapel Hill’s 3A State Championship team in 2019. An outside hitter, Lucas has won two Big 8 Conference championships in both of her seasons at the varsity level.

Last February, Hoover was the highlight performer at the NCHSAA State Swimming Championships. He was named Most Outstanding Swimmer, winning four state championships and setting 3A State records in two events. He won the 100-meter freestyle with a time of 43.10 seconds. He won the 200 freestyle at 1:35.37, along with anchoring two relay teams. The Chapel Hill men’s swimming team won the 3A state team championship.

Bertzmann has qualified for five state championships at Chapel Hill. He will join a Florida swimming program that has won eight consecutive Southeastern Conference championships and 41 overall.

Zwikker, a 6-2 senior, had 155 kills during her sophomore season. She missed part of her junior season because of injury. Zwikker was teammates with her older sister, Courtney, the past three years. Courtney Zwikker is now a freshman at Barry University in Miami Shores, Florida.

At East Chapel Hill High, Paige Gillion signed a letter of intent to play volleyball at the University of Pennsylvania. The Wildcats had two players from the women’s lacrosse team sign letters of intent. Talia Zuco will attend the University of Pittsburgh. Senior Sophie Halus will suit up for the Colorado Buffaloes.

Gillion was fourth on the team in kills with 138 in 2019. She also tied for second with blocks (15) and was third with 38 assists. In her sophomore season, Gillion finished with 209 kills.

Zuco’s junior season was largely eliminated because of COVID-19. As a sophomore, she finished second on the team with 73 goals as East Chapel Hill won the Conference 3 Championship with a 7-0 league record. In her freshman year, Zuco had 49 goals and 30 assists.

Halus scored six goals last season in East Chapel Hill’s 18-12 win over Wake Forest. It was the Wildcats’ only game of the season before the pandemic struck.

Be the first to comment on "Local Athletes Make Their Commitments"