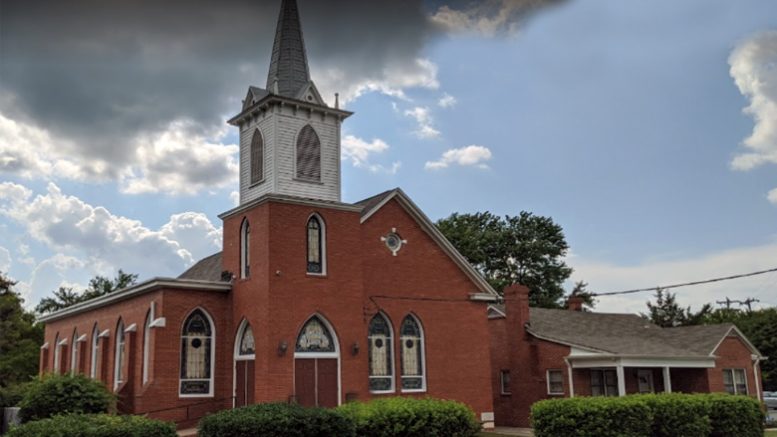 Two of Michael A. Cousin’s brothers had COVID-19, and his cousin is currently fighting the virus with her husband. He said he can easily conjure up the faces of 10 different people he knows who have died from the virus.

Cousin is a pastor at St. Paul African Methodist Episcopal Church, located on the border between Chapel Hill and Carrboro. Founded in 1864, St. Paul’s AME is the oldest African American church in town, and it has always played a prominent role in Black community members’ lives.

Amid a pandemic that has disproportionately claimed the lives of Black Americans, the Black church has served as a source of spiritual strength, said Cousin. Now, Orange County’s Black churches are shifting their efforts, working alongside other community organizations to ensure that Black people get vaccinated. There’s evidence to suggest that their efforts have had a significant impact.

Black people nationwide have received a smaller share of available vaccines per capita – half as many as white people. In Orange County, however, enough doses have been allocated to the Black community to give approximately 11.6 percent of its population a first dose. White people have only received enough vaccines to provide 5.7 percent of their population with a first dose, according to data from the Orange County Health Department.

Almost 9,300 doses have been administered in the county, which has a population of just under 150,000. Approximately 18,000 people are on a waiting lists to receive vaccines.

Cousin and other Black church leaders encouraged vaccination within local Black communities by organizing pop-up vaccine events. He said that Black people were typically willing to get vaccines and felt very fortunate to be able to do so.

Experts were worried Black people would not want to get the vaccine due to the country’s long history of state-sanctioned medical experimentation. Cousin referenced this history, saying that Black people have often been used as “guinea pigs,” by the medical community. He provided The “Tuskegee Study of Untreated Syphilis in the African American Male,” as an example.

The study, which took place from 1932 to 1972, monitored almost 400 men with syphilis without giving them adequate medical treatment. The participants were not informed of their diagnosis or the study’s true purpose. Many men went blind or insane, and almost 130 died from syphilis-related causes.

Some unfair medical practices occurred much closer to home for Orange County’s Black residents. After opening in 1879, the UNC School of Medicine made dissection mandatory for students. Procuring cadavers was difficult, and medical schools throughout the country often used bodies stolen from the graves of marginalized individuals. In the South, those graves typically belonged to Black people.

It is unclear how UNC obtained the cadavers used by its earliest medical students, but most of them were Black, according to the University Libraries. They were either stolen or purchased, until grave-robbing became a felony in 1885, partly due to local anxiety about dissections at the medical school.

Cousin said church-led dialogue has been critical in increasing people’s willingness to be vaccinated. The Black church has a unique ability to keep a finger on the pulse of the community, he said, and pastors have also encouraged uptake by practicing what they preach and getting vaccinated themselves.

Originally, vaccine appointments could be scheduled only via email, Merrick said, but the branch advocated for the addition of a phone-scheduling option. Black people are more likely to work jobs that prevent them from sitting at a computer all day and refreshing the screen to see whether appointments have become available. Merrick and other branch members have even called people proactively, encouraging them to get vaccinated and helping them book appointments.

Teaching in the Age of Coronavirus