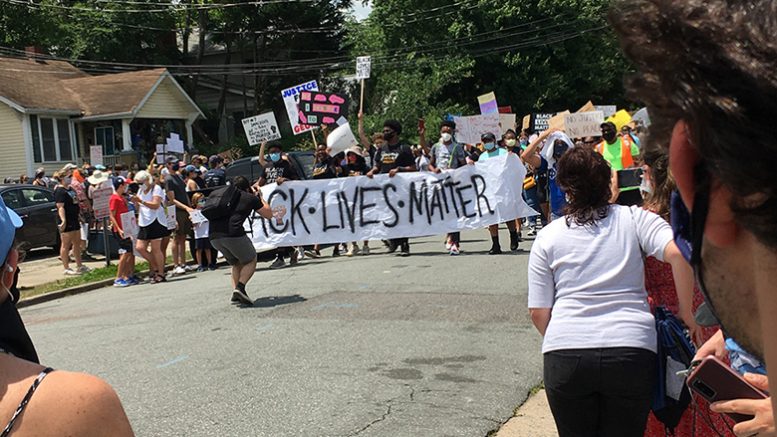 Thousands of local residents — black and white, old and young — marched up Franklin Street Saturday in a peaceful protest to “honor lives lost to police violence.”

Carrying signs proclaiming that “black lives matter” and chanting, “No justice, no peace,” the crowd stretched nearly a mile from North Roberson Street, where demonstrators had gathered, to Peace and Justice Plaza, the end of the march, at Henderson Street.

The rally for social justice, sponsored by the Chapel Hill-Carrboro NAACP’s youth council, followed more than a week of protests across the nation after the killing of George Floyd, an unarmed black man, by a white police officer in Minneapolis.

Demonstrators called out Floyd’s name as they marched, along with the names of other recent black victims of police force. And under a blisteringly hot sun, they also kneeled in the middle of Franklin Street for nearly nine minutes — the length of time the Minneapolis officer kept his knee on Floyd. 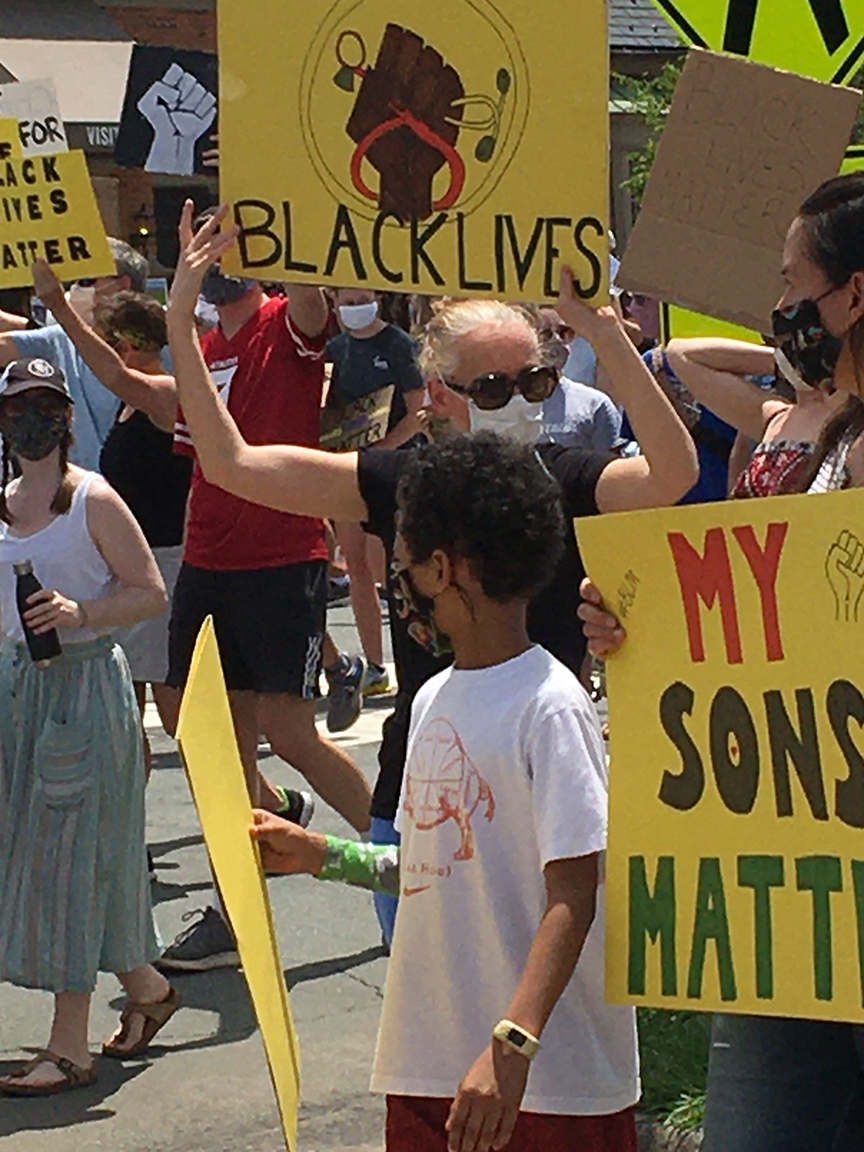 Be the first to comment on "Marching for Black Lives"