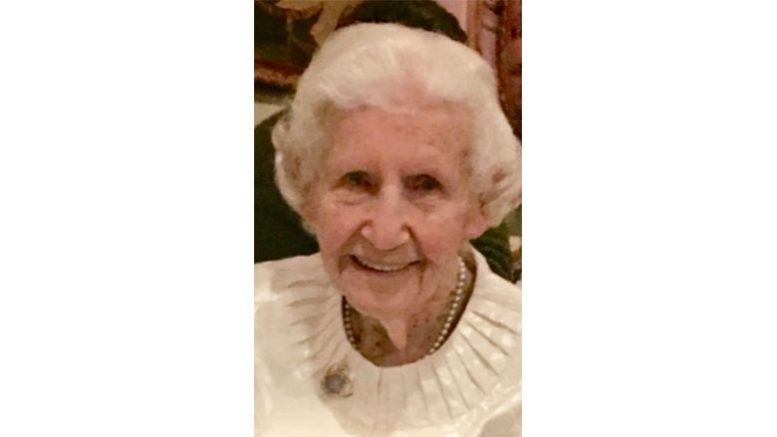 Margaret Siefert passed away peacefully the morning of Nov. 20, 2021, at her longtime home, Carolina Meadows, after a brief illness. She was 98 years old.

A Pennsylvania native, “Margie” grew up in St. David’s, graduating from Radnor High School before earning her bachelor’s degree in American Studies from Mount Holyoke College in 1944. The lifelong friends she made in college during the war years led to a deep and lasting devotion to her alma mater, which in turn recognized her service with the Alumnae Association’s highest honor.

Following graduation from college, Margaret worked in the office at Lybrand, Ross Bros. & Montgomery (now PwC) accounting firm in Philadelphia, where both her father, who died in 1941, and her stepfather were partners. It was there that she met Harry W. Siefert, a rising CPA, whom she married in 1949, settling in Springfield, Delaware County and later Merion, PA. After their 2 daughters were born, the family lived in Scarsdale, NY; Lake Forest, IL; and finally Chapel Hill, NC, where Margaret and Harry moved in 1975 and later retired.

Margaret was curious, engaged and sharp as a tack right up to the end. She made friends with people of all ages and backgrounds throughout her life, asking where they were from, where they went to school, and other questions about their family – all of which she would remember flawlessly upon their next encounter. She was impossible to beat at Scrabble and had the distinction of being a contestant on “Jeopardy!” in the 1970s after passing the test with a perfect score. Several decades after completing her bachelor’s degree, Margaret received a master’s degree in Library Science from Pratt Institute in Brooklyn. After moving to North Carolina, she was an active volunteer for the Chapel Hill Public Library and the library at Carolina Meadows, where she and Harry moved in 2006.

For many years the oldest living alumna of her beloved Camp Oneka in the Pocono Mountains, Margaret also enjoyed many happy summers in Cape May and Avalon at the Jersey shore.

Preceded in death by her husband of 59 years, she is survived by her daughters, Joan Siefert Rose (James) of Chapel Hill and Janet Siefert Goss (Edgar) of Greenwich Village, NY; her grandsons Andy Rose (and partner Victoria Hedden) of Durham, NC and Ian Rose (and partner Michelle Keeney) of Brooklyn, NY; 5 nieces and nephews; and countless friends, neighbors, and extended family whose lives she touched and enriched.

The family requests no gifts or flowers. A celebration of life will be held Friday, Dec. 10, at 2 p.m. at The Fairways at Carolina Meadows.