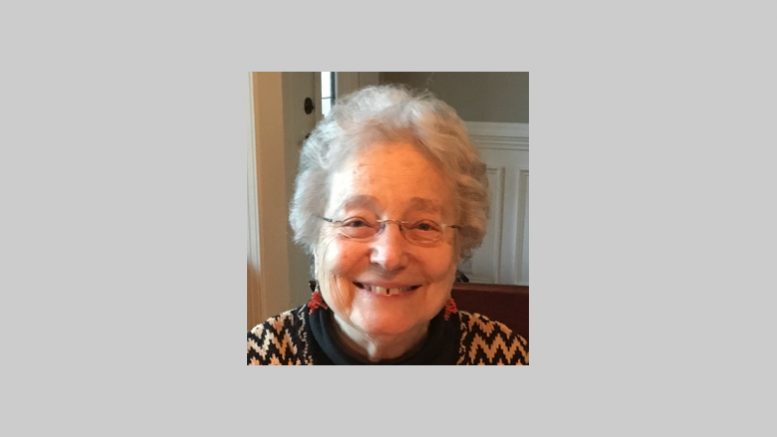 Chapel Hill, North Carolina – Maria Contou Christopher passed away Sunday, September 5 in Chapel Hill, NC. She was born in Geneva, Switzerland on March 12, 1933 to Katherine and Alcibiades Contou. She grew up in Athens, Greece, and after her marriage in 1954 to John Christopher immigrated to the United States.

Maria was a graduate of the University of North Carolina- Chapel Hill with Phi Beta Kappa distinction. She was fluent in Greek, French and English and for many years taught French at Hillside High in Durham.

After her retirement in 1992 she volunteered to teach Greek to local students. She was a woman of many interests and amazing energy. She was a gourmet cook and gathered her children and grandchildren for weekly meals. In true Greek fashion there were no less than 30 choices of dishes. Every inch of her yard was landscaped, and she enjoyed many hours digging in her yard and in John’s epic garden which she took over after his death. She and her friend Charlotte McFall started a project to beautify the entrance to their neighborhood and planted beautiful trees, shrubs and flowers which line the street. They won a national award for their efforts. Her pride and joy (other than her grandchildren of course) was the beach house she and John built at Emerald Isle, and it gave her great pleasure to see the family enjoying time there.

Maria was preceded in death by her parents and her beloved husband. She is survived by her sister Eleni Contou Deftereos and her daughter Katherine “Tika” Barron (Mitch Barron), and her son Philip John Christopher (Caroline Christopher) and the grandchildren she so cherished Chris Barron, Scott Barron (Megan), Rachel Barron and Eleanor Christopher as well as nephews Elias Deftereos and Alkis Deftereos.

A memorial service will be planned for a later date.