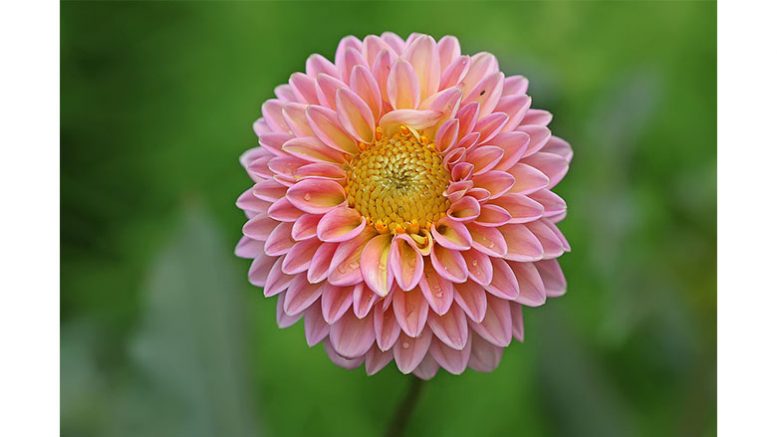 When I didn’t know any better, I planted three dahlias of uncertain parentage – and they managed to return year after year. Spurred on by my success, I did the only thing a heedless gardener will do: I bought 10 more dahlias from a respected bulb website only to have them succumb to a dahlia death.

Little did I know that dahlias dislike our hot, humid summer nights. Meanwhile, my three nameless dahlias, probably bought from a big-box store, are still thriving. The point of this article is not to direct you to the nearest big-box store, but to explain that we can have dahlias in our gardens if we choose wisely.

A happy dahlia is a cool addition to the garden while an unhappy dahlia is a dreadful sight. I wish I could tell you that I pamper my dahlias, but truth be told, they thrive on benign neglect. I give them no fertilizer, no winter mulching, and I even forget to deadhead them on occasion. In the midst of my craving for dahlias I bought a book about them – but dahlia books are a bit like daylily books: With over 1400 cultivars (more for daylilies), these books amount to little but collections of pretty pictures.

Dahlias originated in Mexico where the Aztecs cultivated them. By 1788, they had crossed the pond to Spain and arrived in England in 1790. The name comes from Andreas Dahl, a Swedish student of Linnaeus.

By the 19th century, the passion for dahlias had exploded into over 1200 cultivars. No one can agree on how many species of dahlias exist today, with estimates ranging from 15-36. Today the American Dahlia Society classifies them according to their size and color: A Giant may be 10 inches in diameter whereas a Mignon Singles is less than 2 inches. The Society recognizes 15 different colors.

Gardeners favor dahlias because they have an extremely long bloom time – mine bloom for five months – while they are also a good choice for arrangements due to their longevity. However, here in the South, they are not easy creatures to cultivate even though they overwinter well in our gardening zone, 7a. Mexican nights are cooler than ours, making all the difference for happy dahlias.

Dahlias also have another problem: Many must be staked. I have never found a good way to stake dahlias as I lack the good-staking gene. Their stems fail to adequately support their large blooms, whose weight causes the stem to twist and turn unmercifully. This probably is not the look you are striving for in your garden.

But fear not, as there is dahlia help out there.

Brent and Becky’s Bulbs now sells a variety of dahlias but the ones that serve me the best are those of the Gallery series. None of these dahlias grow higher than 2 feet, they come in a variety of colors and they look great — downright perky, even — in the perennial border. There are also good suggestions for cultivars that do well here at www.dahliasocietyofgeorgia.com.

Dahlias are slow to wake up in the spring so don’t despair if there is no activity until May. It’s worth the wait: I have many dahlias belonging to the Gallery series and I find that they bloom incessantly from late May to the first frost.

Dahlias vary greatly in height, from 1½ – 7 feet, so it’s important to do your research first. I wouldn’t wish the necessity of staking a 7-foot-high dahlia on anyone.