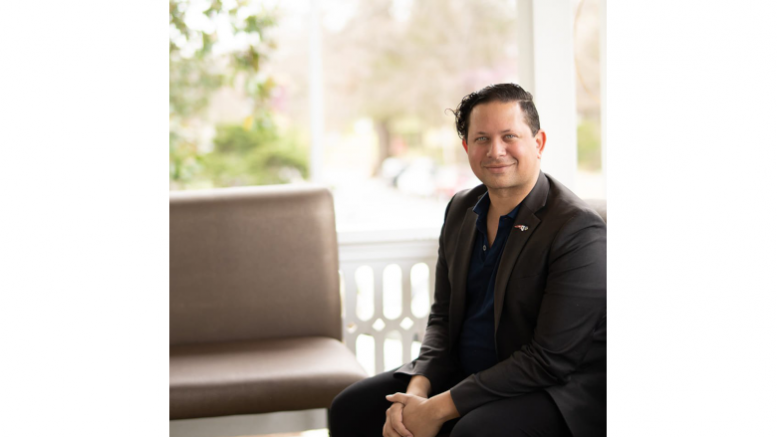 Note: The Local Reporter has invited all candidates for local office in the upcoming May 17 primary election to submit a guest column.

I am proud to be running for NC House District 50 to represent Orange and Caswell counties in the General Assembly. I am a public servant who has been focused on efforts for the last decade on improving lives through my work for nonprofit organizations, state government, and as a Democratic leader (including six years as the chair of the Orange County Democratic Party). I was raised by a single mom and my great-grandparents. I grew up in subsidized housing and my family relied on Medicaid and food stamps to make ends meet. Nonetheless, my family encouraged me to work hard in school and I was fortunate enough to became the first in my family to graduate from college, earning undergraduate and graduate degrees from the University of North Carolina.

In 2011, I was fortunate to be elected to serve as chair of the Orange County Democratic Party, making me one of the youngest county chairs in state history, and I’ve served in state leadership, helping Democrats win elections to fight back against right-wing Republicans. Chief among these initiatives was our Break the Majority program in 2018 where I helped recruit and support candidates across North Carolina. The result was breaking the GOP’s stranglehold on the General Assembly by unlocking Governor Cooper’s veto in both legislative chambers.

Motivated to improve my community, I was appointed to the Hillsborough Board of Commissioners in March 2018 and elected to a full four-year term in November 2019.  I currently serve as Mayor Pro-Tempore and as the first openly LGBTQ+ elected official in the town’s history. I have delivered results by bringing people together on issues related to job creation and affordable housing while also passing the state’s first nondiscrimination ordinance and decriminalizing our town’s ordinances.

As a state representative, I will be focused on what I call issue No. 1 – protecting our democracy. From gerrymandering to cement the power of legislative Republicans to efforts to discourage voting, our democracy is under attack. I will work on legislation that secures the right to vote and extend the franchise to all eligible citizens.

I am also running for NC House to tackle real issues that affect hard-working North Carolinians and the folks in this district.  In the General Assembly, I will fight to expand Medicaid in North Carolina, lower prescription drug costs, and increase access to health care – because I believe that no family should choose between paying for their medical bills or providing for their families.

I will champion reducing the systemic issues people face in the criminal justice system, including mental health care, disparities in sentencing, and high court costs because the justice system needs a structural overhaul. And I support legalizing cannabis in our state.

I believe North Carolinians need a livable wage and I support efforts to increase the state minimum wage to $15 per hour – because families cannot survive on anything less to put a roof over the heads and food on the table.

I will always support our public schools.  I credit an early childhood program for helping me overcome a learning disability. Because of great teachers, I was able to graduate at the top of my high school class and be the first in my family to graduate college.  I worked at the Department of Public Instruction and deepened my commitment to education.  You can count on me to fight to fully fund our schools, increase teacher pay, raise student achievement, and fund repairs to badly neglected school buildings.

And finally, I am running to protect the right to choose following the U.S. Supreme Court’s imminent ruling on Roe v. Wade. I will work to codify Roe into state law and recognize that reproductive justice is more than just abortion. I will promote legislation that provides the full range of services that allow women to have control over their bodies, including investing in expanded OBGYN services.

Commissioner Matt Hughes is a native of Hillsborough.  He is a graduate of Cedar Ridge High School in Hillsborough and the University of North Carolina at Chapel Hill.  Matt serves on the boards of several nonprofits and government agencies in the community, including the Orange County Partnership for Young Children, Hillsborough Historic Commission, and the North Carolina Human Relations Commission.

Be the first to comment on "Matt Hughes: Running to Protect our Democracy and Improve the Lives of Orange County Residents."