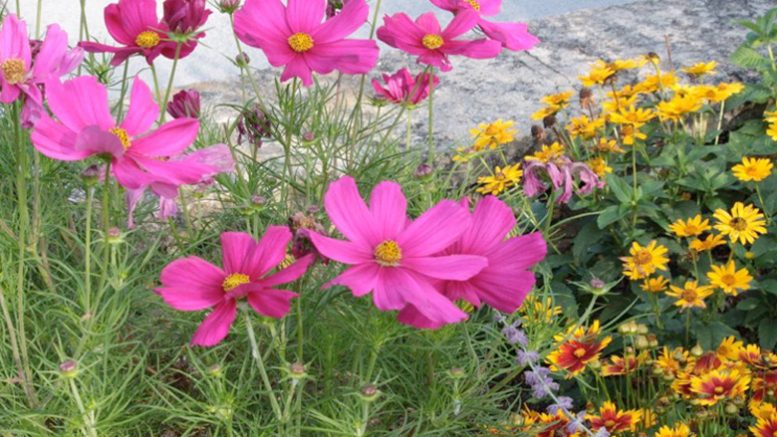 In our last column, Mark Weathington mentioned that turf was terribly labor-intensive, soil improvement was imperative and we should buy good plants while disposing of those plants that failed to perform. Here are the additional points that he makes:

Continuing the subject of not tolerating plants that failed to perform, he mentioned that if a plant gets a disease, such as powdery mildew, every year, consider changing plants. I would also add this caveat: Do your homework before buying the plant.

Years ago, I planted a lot of Phlox paniculata ‘John Fanick’. It was a newly discovered phlox, found at a Texas service station, so I assumed it was pretty disease-resistant. After all, how many plants survive unattended service stations during the hot Texas summer? I love ‘John Fanick’ but it succumbs to powdery mildew every summer, fortunately after it has bloomed, when I cut back the ugly stalks.

I have found some roses do not perform well for me. Buxom Beauty is one that will come out after this growing season. It’s a short rose with blooms that are almost too big for its short body. It probably has performed well for others but for me, out it goes.

Seek out good complementary plants. Japanese beetles appear like clockwork every June. If you are tired of them, plant four o’clocks (Mirabilis jalapa) nearby as the beetles love the taste of these plants despite their being poisonous to the beetles. Will they rid you of all your Japanese beetles? No, but they can help during the five-year-long period you’re waiting for Milky Spore to handle the grubs.

Are mosquitos a problem in your garden? Rubbing your arms with the American Beautyberry leaves (Callicarpa americana) can repel these pests. Please note that C. dichotoma and C. japonica do not work.

Avoid grouping disease-susceptible plants together. In the second half of the 20th century, it was fashionable to put roses in two rows, bunching the plants close together. Now, roses are not a good plant for the truly lazy gardener simply because they have to contend with a number of diseases, including black spot and rose rosette disease.

By placing them next to one another, the various diseases and pests have a mere hop from one shrub to the next. The solution is to purchase “disease resistant” varieties, placing them throughout the garden rather than forming the aforementioned rose garden.

Be realistic when planting a vegetable garden. You might think you want that acre vegetable garden without realizing that vegetable gardens create a lot of work. Start off small in the beginning. One zucchini plant probably is sufficient. Tomatoes aren’t the easiest crop to grow during our hot, humid summers — and they frequently are spent by August. Start small and increase gradually.

Define your weeds. A weed is a plant you don’t want. If you find you love the taste of chickweed, then it is no longer a weed. My neighbors have tulip poplars, an incredibly seedy tree. It is no exaggeration that I can pull out 1,000 seedlings during the growing season. To me, the tulip poplar is a weed. I recognize it by its misshapen leaves (to my mind) and out it comes.

The garden should reflect who you are. The more I garden, the more deeply I believe this. The garden should reflect those colors and shapes you like. My garden is organized chaos — as is my house. To go from my garden into my house is a continuum. A slob probably shouldn’t claim a formal garden, whereas the neat freak would freak out with organized chaos.

A Foe We Can See

Yes, There are Plants We Cannot Grow

Be the first to comment on "More Lazy Gardening"