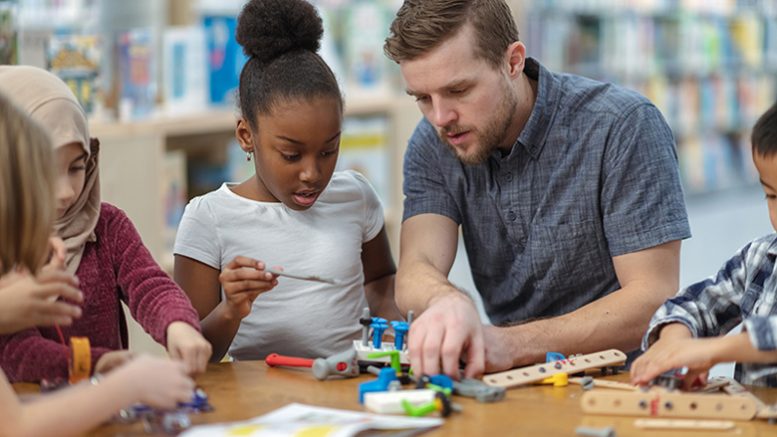 When Morehead Planetarium and Science Center completes its renovation and reopens to the public in October 2020 the emphasis will focus less on space travel and more on the current science that is happening on campus everyday at Carolina.

“Although NASA and space travel has always been a popular theme at Morehead, the renovation has more to do with expanding Morehead’s capabilities than what is happening at NASA,” said Todd Boyette, Executive Director.

Morehead recently won a five-year, $2.8 million grant – one of the biggest it’s ever received – from the National Science Foundation, as part of its Advancing Informal STEM (science, technology, engineering, and math) education.

“Our mission has grown beyond astronomy and space education, although they will always remain very important to us. We have been limited with the amount of floor space dedicated to the “and Science Center” part of Morehead ever since our name was changed to Morehead Planetarium and Science Center 20 years ago.”

“STEM is more than a buzzword, it’s about our future. It’s about instilling skills for success in our young people in order for them to fill tomorrow’s jobs. Science Centers and museums, like Morehead Planetarium, help with filling that pipeline that runs from cradle to career.” A lifelong educator, Boyette is just the fifth director in Morehead’s history.

In addition to new science education programs, other plans call for developing transportable, interactive exhibits that explore the characteristics of light in different ways, including short films, virtual reality, and interactive photo booths. Morehead visitors will begin to see some of the new activities and exhibits in October 2020, when it reopens after massive renovations.

The exhibits will also tell two other types of science stories: how contemporary research related to light, particularly in astrophysics, is unveiling the hidden stories of our universe; and hidden stories of STEM innovators, past and present, women and men, from diverse backgrounds.

The Future is Exciting

“While we are entering a new era at the Morehead Center, we are committed to the original vision of our benefactor, John Motley Morehead III – to educate and inspire our visitors about the wonders of science,” said Boyette.

Recognizing The Potential of the Future Now

In a recent report published by the Forbes Technology Council, author Andrew B. Raupp writes:

“Within their short lifetimes, members of Generation Z have witnessed the rise of new technologies like next-generation batteries, blockchain, the internet of things (IoT), autonomous vehicles, and nanosensors, all of which will spark new opportunities and change the job outlook around the world. It’s predicted that more than 60% of children attending school today will work in a career that does not currently exist. This will likely result in new positions, such as autonomous transportation specialist, human-technology integration expert, excess capacity broker, and others we have yet to imagine. A scientist himself, John Motley Morehead III recognized that the American people must understand science. He carved his own niche becoming a successful inventor and businessman. He founded one of the world’s leading chemical companies — Union Carbide.

Consequences of Yet Another Dense Apartment Development

Be the first to comment on "Morehead Planetarium to Expand STEM Initiatives, Unveil New Exhibits in October 2020"