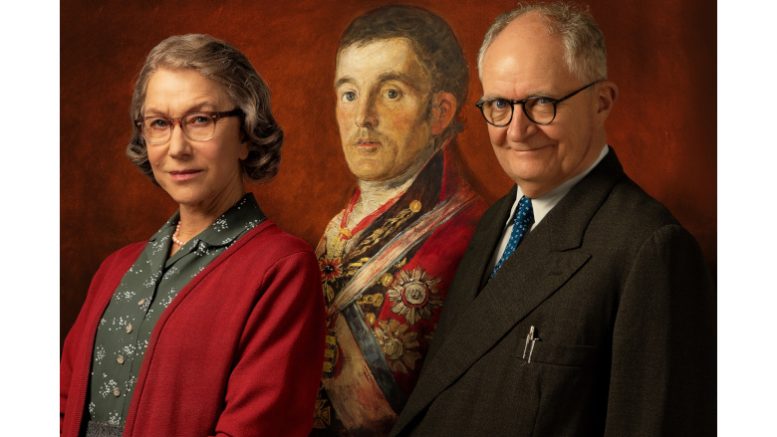 Opens May 6 at the Chelsea and Silverspot

If you’re in the market for a relatively quiet, remarkably funny British import, consider this clever variation on the art heist template, based on real events. Jim Broadbent stars as 60-something pensioner Kempton Bunton, who in 1961 confessed to stealing a very famous painting from London’s National Gallery museum.

The Duke is the final film from director Roger Michell (Notting Hill), and it’s a delightful mashup of character study, caper comedy, and family drama. Helen Mirren is her usual wonderful self as Mrs. Bunton, and director Michell brings a sense of style to the proceedings with a jazzy score and visual style that recalls those old 1960s-era Pathé newsreels. This is one of my favorite movies of the year so far.

Doctor Strange in the Multiverse of Madness

Opens May 5 at Silverspot, Varsity, and the Carraway drive-in

This latest one from the Marvel Studios assembly line brings the focus back to Benedict Cumberbatch as superhero sorcerer Dr. Strange, who now has access to infinite alternate realities. (For another riff on the parallel worlds thing, check out the highly acclaimed Everything Everywhere All at Once.)

I’m profoundly weary of comic book movies but must concede that this one has a few good things going for it. One, the director is Sam Raimi, who has a way of making movies more interesting than they otherwise ought to be. Also, Elizabeth Olsen returns as the Scarlet Witch, the most intriguing of all the Marvel Universe characters. And finally, the special effects will be state-of-the-art – if you’re going to see a movie like this, you should see it on the big screen.

Opens May 6 at the Chelsea

This gentle French film, which won a shelf full of international awards last year, concerns mothers and daughters and what might be a leap of an eight-year-old’s imagination or might be time travel. The film has been called one of the best ever made about the mother-daughter connection.

Check out the trailer for a sense of what’s happening. When a preview can make you cry a little, it’s a good bet you should bring some tissues to the theater. My mom had a word for these kinds of movies – “weepies” – and she was weirdly dedicated to them. If you feel like crying these days, that’s the proper reaction to the news headlines. May as well get it done in a dark theater with a good movie.

The Chelsea is screening a digitally remastered upgrade of director David Lynch’s 2006 experimental film Inland Empire on Thursday, May 12, at 7 pm.

The award-winning Iranian film Hit The Road opens at the Chelsea next Friday, May 13. The debut of director Panah Panahi – son of revered filmmaker Jafar Panahi – is a comedy, a family drama, and a road trip movie all in one. And it looks great.

Be the first to comment on "Movie Night! British Capers, French Weepies, and American Sorcerers"