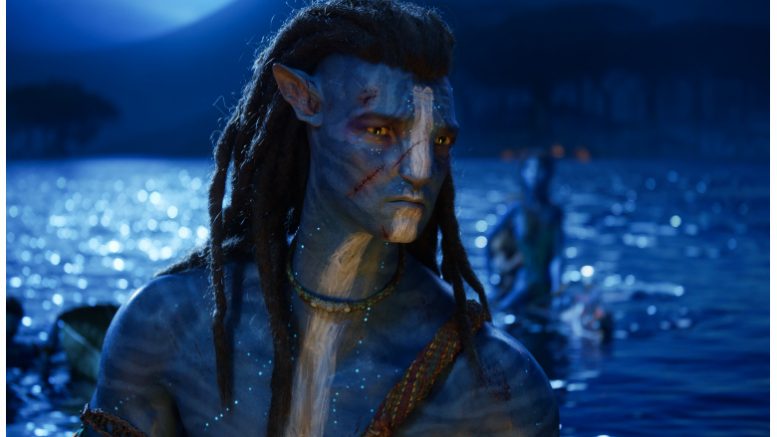 Every other week, our Movie Night! column previews the best upcoming films showing in Chapel Hill theater—for those who still like to go out to the movies. While COVID remains an issue, all local venues have taken measures to make their spaces safe. Also please remember that bookings and schedules change all the time, so always check online before heading out.

Avatar: The Way of Water

Opening Dec. 15 at the Varsity, the Lumina and Silverspot

Depending on how you do the math, director James Cameron’s original Avatar, released in 2009, is the global box office champ and highest-grossing movie of all time: it’s earned more than $3 billion worldwide.

Twelve years in development, this sequel is set to be the first of a series of at least three more films set on the world of Pandora, a lush utopian ecosystem targeted by 22nd-century Earth corporations for resource extraction. The original movie, and this subsequent new series, is designed from the ground up to be a grand parable about ecology, imperialism and corporatocracy. It’s also designed to fill your eyeballs with grand special effects and astounding visuals.

Cameron is a technically masterful filmmaker, and I look forward to all the big-screen spectacle. But the real appeal of the new Avatar films, I suspect, will be their desperate resonance as sci-fi climate fiction (sometimes called “cli-fi”), a subset of speculative fiction concerned with our 21st-century anxieties about ecological collapse.

I’m glad the world’s boldest director is using history’s biggest production budget to talk about this stuff, and I hope it makes another $3 billion. If movies are really modern mythology—and they are—then this is the kind of grand mythmaking we need to keep our red-alert ecological issues right in the center of the culture.

Opening Dec. 15 at the Chelsea

This one looks like so much fun: The incomparable Tilda Swinton plays both lead roles in this Gothic mystery about a mother and daughter who return to their very spooky and apparently haunted ancestral home in Wales.

Early reviews are praising Swinton’s dual performances, in which she creates two entirely separate characters—middle-aged filmmaker Julie and her mother, the elderly and patrician Rosalind. Director Joanna Hogg explores themes of family and memory by way of the traditional British ghost story, M.R. James style. The scary stuff on the screen—haunted houses, menacing apparitions—is meant to suggest the even scarier stuff buried deep in the human heart.

I love this kind of movie, and director Hogg (The Souvenir) is known for her classic, cerebral filmmaking style. There’s nothing like a good psychological ghost story, well told. Plus, Tilda Swinton is the most interesting person in the world.

This Friday, Dec. 16, the Chelsea will open the documentary All the Beauty and the Bloodshed, which profiles artist/activist Nan Goldin and her quest to hold the Sackler family accountable for its role in the opioid epidemic. It’s a hell of a story. The film recently won the top prize at the Venice International Film Festival, only the second documentary film ever to do so.

The Chelsea has also rotated in Steven Spielberg’s autobiographical drama The Fabelmans, and is holding over two of the season’s other best films: the psychological drama Tár, and the darkly funny satire White Noise.

This Saturday, Dec. 17, the Lumina will host a 10 p.m. screening of the immortal glory that is The Rocky Horror Picture Show. If you’re not familiar with the interactive protocol for this particular film, here’s a good primer.

Be the first to comment on "Movie Night! Climate Fiction, Haunted Houses and 1920s Hollywood"