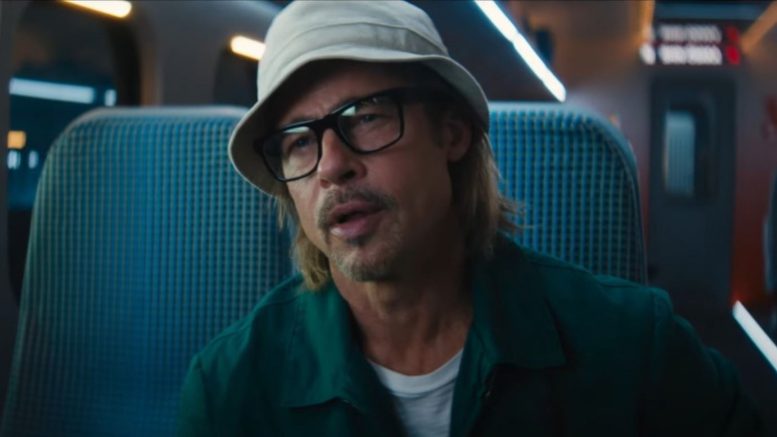 Now playing at the Lumina, Silverspot, and the Varsity

Stylized ultraviolence had its golden age in the last years of the 20th century, when it seemed like every filmmaker in the multiplex was trying to make visceral bodily injury hip and funny – trauma you could wink at, violent death as a joke, hemorrhage gags.

Bullet Train, the current box office alpha movie in theaters now, returns to this style but with the violence cranked up to Looney Tunes proportions. Brad Pitt stars as a reluctant assassin squaring off against several other less reluctant assassins to chase a MacGuffin on a Japanese high-speed bullet train. You can expect amazing stunt work, creative fight choreography, plenty of jokes, and the effortless charisma of Brad Pitt, our best and most watchable movie star.

Sometimes, that’s what you want in a movie. But sometimes it really isn’t. Best to the check out the trailer first to see if this is your kind of jam.

Now playing at the Chelsea

For those of us partial to music documentaries, movies like the excellent new doc Hallelujah are the equivalent of a delicious and nutritious meal. Taking in the movie is a genuinely pleasant experience, and it’s good for you, too.

The new doc by filmmakers Dan Geller and Dayna Goldfine tells the story of Leonard Cohen, the Canadian poet-turned-musician, and his most famous composition. His classic folk-rock anthem “Hallelujah” – a kind of humanist psalm – has taken on a life of its own since its initial release in 1984. The film uses the story of the song to tell the story of the songwriter, and it’s an engaging journey. For more details, click on over to our friendly neighboring community publication.

I have a friend who insists that Aubrey Plaza is the most brilliant screen performer working today. There are moments when I believe this, like when watching her best moments on Parks and Recreation, or when tripping across the trailer for Emily the Criminal, the latest attempt to make Plaza the movie star she deserves to be.

Heads up that the new film is definitely not a comedy. Plaza plays a young American, crushed by student debt, who falls into the Los Angeles underworld of credit card scams and violent thieves. It’s an intense thriller with some lacerating social commentary concerning predators both criminal and corporate.

Speaking of underappreciated artists, Marcel the Shell with Shoes On is a loopy mockumentary from the mind of Jenny Slate, another performer who likes splash around between comedy and drama. The movie, about an anthropomorphic seashell, opens August 12 at the Chelsea.

The Lumina’s Movies by Starlight outdoor series features a canine theme this weekend, with outdoor screenings of the family films Marley & Me and All Dogs go to Heaven. Pets on leashes allowed and encouraged.

Silverspot’s Flashback Cinema series will be screening a couple of nostalgic delights this week and next: Superman on August 14 & 17; Back to the Future on August 21 & 29.

On Wednesday August 17, the  Late Night Chelsea series will screen the rather bananas 1989 film Society, a body-horror freakout about a Beverly Hills teen who discovers his wealthy parents are part of a violent cabal of cannibals. Zoinks, Scoob! The movie is free for Triangle area students. This seems relevant.

Be the first to comment on "Movie Night! Fast Trains, Great Songs, and Young Criminals"