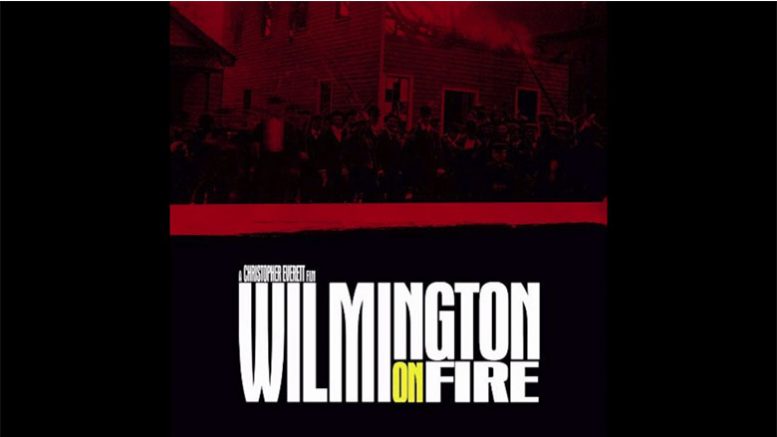 Saturday, Feb 12 at the Varsity Theater

The three feature films on the slate: Christopher Everett’s celebrated documentary Wilmington on Fire chronicles the Wilmington Massacre of 1898. Mike Wiley famously plays all the roles in the film adaptation of his one-man show Dar He: The Lynching of Emmett Till. And Michael Washington provides the autobiographical cautionary documentary Save the Dad Bod.

Catch the Fair One

Opens Feb. 11 at the Chelsea Theater

Reis is an activist for at-risk women in real life, and an outspoken supporter of the Missing and Murdered Indigenous Women and Girls movement. Catch the Fair One is the kind of film that takes its violence seriously, refusing to let us look away. Hard on the stomach for viewers, maybe, but unflinching activist moviemaking like this can be uniquely powerful, leveraging the force of raw catharsis.

Through Feb. 17 at the Carraway drive-in

Going to the drive-in is a different kind of moviegoing experience, and it can be a lot of fun. When I was in third grade, my mom made my 17-year-old brother take me along on his drive-in date with his girlfriend. I remember being plopped on top of his orange ’78 Camaro with a sleeping bag, a bucket of popcorn, and explicit instructions not to look into the car until the movie was over. True story.

Film Fest 919 and Carraway drive-in theater in Chapel Hill are following through on a great idea this week with their series The Contenders, featuring several films in contention for this year’s Academy Awards. Each night at 7 p.m., the Carraway will screen a different Oscar hopeful:

Death on the Nile

Irrepressible old-school enthusiast Kenneth Branagh returns with another adaptation of classic Agatha Christie material, following up on his 2017 surprise smash hit, Murder on the Orient Express. Branagh once again plays the extremely mustachioed Belgian detective Hercule Poirot, this time solving a murder in Egypt circa 1937.

Those who appreciate extravagant production values and period set design should enjoy this one. As a director and visual stylist, Branagh is an undisputed ace with this kind of movie. It’s also a chance to see fabulously good-looking people in fabulously good-looking clothes. Besides Branagh, the cast includes Gal Gadot, Tom Bateman, Armie Hammer, Letitia Wright, Annette Bening, Sophie Okonedo, and Emma Mackey.

This week, the Chelsea Theater is also opening the independent racetrack drama Jockey, which is getting good reviews for its elegant storytelling and authentic depiction of the horse-racing world.

Silverspot’s Flashback Cinema series is showing Breakfast at Tiffany’s Feb. 13 and 16, and Harry Potter and the Prisoner of Azkaban Feb. 20 and 23. Check the Silverspot website for show times.

Be the first to comment on "Movie Night! Film Festivals, Activist Moviemaking, and Belgian Detectives"