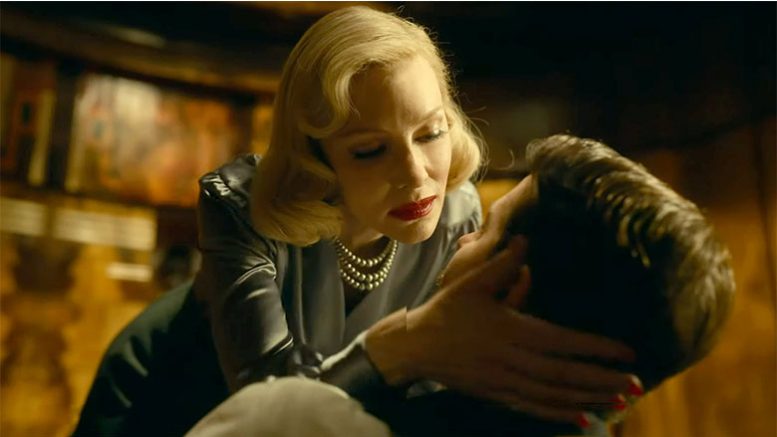 Opens Dec. 17 at the Chelsea and Silverspot

Director Guillermo del Toro is one of the best filmmakers working today. For those of us on his weird wavelength, del Toro’s movies are one of the unambiguous delights of being alive in the early 21st century. As a creator of images, del Toro can conjure real magic – fever dream tableaux that seem ported in from some dark corner of the collective unconscious.

Exhibit A: Check out the trailer for his new film Nightmare Alley, a stylized psychological thriller in the venerable tradition of film noir – shady people doing shady things in dramatic lighting. Bradley Cooper and Cate Blanchett headline the story as conniving grifters in the seedy world of 1940s-era traveling carnivals.

Del Toro’s visual imagination is like creation’s most terrifying playground. I heartily recommend his breakthrough 2006 film Pan’s Labyrinth, and if you really want to nerd out, he’s issued a pretty great book on his visual obsessions and inspirations. You really and truly need to watch his films on the big screen to get the full effect.

One of the abiding pleasures of a serious movie habit is that you get to watch how cinema reflects our collective anxieties and concerns. Movies are one way in which the culture talks to itself, often scrambling the specifics to reveal the core issues underneath.

To wit: Director Adam McKay’s Don’t Look Up is technically a kind of satirical sci-fi comedy, and technically concerns an approaching comet that threatens to pancake the planet. Leonardo DiCaprio and Jennifer Lawrence play two freaked out astronomers trying to get the world to pay attention.

What McKay is really talking about, of course, is climate change – and our current, maddening, terrifying state of denial. If the metaphor seems a little on the nose, well, maybe that’s what we need. Evidently, world leaders are having trouble identifying the actual existential threats to our planet. (The film also cycles to Netflix Dec. 24.)

Opens Dec. 24 at the Chelsea and Silverspot

Cooper Hoffman, son of the late great Philip Seymour Hoffman, stars as a 15-year-old aspiring actor making his way through the fringes of the business. Alana Haim, of the pop rock outfit Haim, co-stars and is evidently charming the pants off everyone in the industry.

For a great primer on Anderson, his new film, and why it’s required viewing in these final days of 2021, check out this interview in The New Yorker.

Filmmaker provocateur Paul Verhoeven is back with Benedetta, a transgressive biographical drama and extended meditation on faith, power, gender, and lesbian nuns in Renaissance Italy. It’s now playing at the Chelsea.

The big-ticket holiday blockbusters are descending in force the next couple of weeks. Look for Spider-Man: No Way Home at Silverspot and the Varsity Dec. 17 and The Matrix: Resurrections, opening Dec. 22 at Silverspot.

For a change of pace, era and volume, Silverspot’s Flashback Cinema series is presenting a Sunday matinee screening of the immortal holiday classic It’s a Wonderful Life, Dec. 19.

Also Sunday, Dec. 19, the Carraway drive-in will be showing the Christmas comedy Elf, with Will Ferrell and Zooey Deschanel. Rumor has it that Santa himself will be at this screening and attendees are encouraged to decorate their vehicles for the occasion. “Oh my God! Santa, here? I know him! I know him!”

For those planning ahead to the new year, on Jan. 1 the Chelsea is opening The Tragedy of Macbeth, director Joel Coen’s update on Shakespeare’s classic bummer. Denzel Washington and Frances McDormand headline as the happy couple, Lord and Lady Macbeth.

Be the first to comment on "Movie Night! Grifters, Elves and Existential Threats to Humanity"