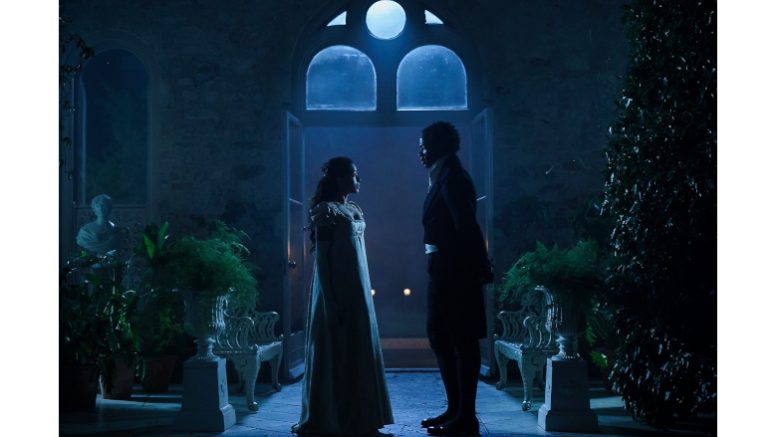 Opening July 1 at the Chelsea and Silverspot

Devotees of Regency-era period drama will want to consider this intriguing specimen, which tells a familiar tale of historical romance using a cast largely populated by actors of color. (Actually, the whole back story of this film is interesting, you can read about it here.)

Indian superstar Freida Pinto headlines as Selina Dalton, recruited into a mischievous matchmaking scheme with the extremely eligible Mr. Malcolm, played by British-Nigerian actor Ṣọpẹ́ Dìrísù. Early reviews are praising the film’s performances and its light touch with the colorblind casting approach. Word is that the film also does some fun things with costuming and set design, which are always among the highlights in movies like this.

Opening July 7 at Silverspot, Varsity and the Carraway drive-in

It gets a little bit harder, each summer, to get excited about the new big comic book movie. But these are the times in which we live. The good news is that Thor: Love and Thunder – the latest from the Marvel Studios machine – is co-written and directed by New Zealander Taika Waititi, a fantastic filmmaker who has a good sense of humor about the whole thing.

The Thor movies have always been the goofiest of the Marvel films and the new one is a direct sequel to 2017’s “Thor: Ragnorak,” also directed by Waititi. If you liked that, you’ll probably like this. Chris Hemsworth and his magnificent torso headline this supposed final go-around, with good sport Natalie Portman returning to assume the official cosmic mantle of the Mighty Thor, or something. The official trailer gives a good sense of the grand comic tone. If you’re going to see this one, you should see it on the big screen.

Opening July 1 at the Chelsea and Silverspot

Look, it’s July. It’s hot. Everyone is tired. Why not take two hours to recharge your batteries in an air-conditioned theater with a gonzo showbiz meta-comedy starring Penélope Cruz? That’s what I always say.

Cruz is a global superstar but she’s still underrated as a comic performer, and her batting average is impossible. Somehow, she only makes good movies. Here, Cruz plays a filmmaker trying to corral rival egotistical actors played by Antonio Banderas and Oscar Martinez. Advance word suggests the story is packed with scandalous details on what really goes down behind the cameras in the professional filmmaking community. (In Spanish with English subtitles.)

Black Phone, a supernatural thriller based on a very good Joe Hill short story, is still playing at Silverspot and getting solid reviews. Bonus trivia: The movie was largely filmed in and around Wilmington, NC.

You can still catch Top Gun: Maverick at the Carraway drive-in through July 6.

Also on July 6, the Chelsea’s Late Night series will be screening the 1981 cult classic Mommie Dearest, with Faye Dunaway playing Joan Crawford and restating her rigorous policy on wire hangers.

Be the first to comment on "Movie Night!: Historical Romance, Spanish Comedy, and Mighty Thunder Gods"