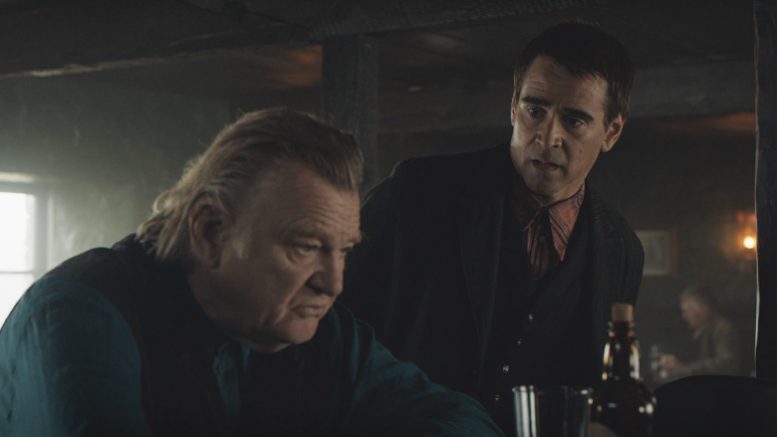 The Banshees of Inisherin

Opening Nov. 4 at the Chelsea and Silverspot

Coming off acclaimed screenings at the Venice and Toronto film festivals, The Banshees of Inisherin is the latest from filmmaker and playwright Martin McDonagh (Three Billboards Outside Ebbing, Missouri.) Colin Farrell and Brendon Gleeson headline as old friends falling out, in a funny yet violent way, on a small Irish island in 1923.

Reviews of the film – labeled a dark comedy, for lack of a more accurate term – have spotlighted the performances and McDonagh’s artful direction. McDonagh really is one of the best storytellers of his generation. His films tend to generate big, heavy emotions chopped with moments of absurd humor. Just like life, come to think of it. Martin McDonagh movies are as close to a sure thing as you can get at the cinema.

Opens Nov. 11 at Silverspot, the Lumina, and the Varsity

Anticipation is colossal for this one, the sequel to Marvel’s brilliant 2018 Afrofuturism epic, Black Panther. Delayed by the pandemic, and the tragic death of lead Chadwick Boseman, the film has been the subject of much conjecture: How are they going to pull this off?

Word in the Twitterverse, following the Hollywood premiere last week, suggests things are going to work out nicely for the filmmakers and the audience both. Director Ryan Coogler has brought back most of the original supporting cast — Letitia Wright, Lupita Nyong’o, Danai Gurira, Winston Duke – and by all accounts has delivered story, spectacle, and a thematic tone that takes “comic book movies” to a whole other level. In terms of pure pop culture impact, this is probably going to be the biggest movie of the year.

My personal pick for the film to find next week, Armageddon Time is a semi-autobiographical coming-of-age story from filmmaker James Gray. Set in 1980s Queens, New York, it tells the story of two kids – one African-American, one Jewish-American – and their families’ various experiences chasing the American Dream.

Check out the excellent trailer for a sense of the scope and tone. I’m a sucker for coming-of-age movies with strong moral themes, and I have a suspicion that this one is the kind of movie we all need to see, just now. (The film got a seven-minute standing ovation at Cannes.)  Anyway, the cast includes Anne Hathaway, Jeremy Strong, and Anthony Hopkins, whose ancient Welsh eyes contain the secrets of the universe. I don’t know that for certain, but it sure feels that way.

The Chelsea has several intriguing films in the chute for the next two weeks, including South Korean filmmaker Park Chan-wook’s neo-noir Decision to Leave, and the “astonishing and devastating” British drama Aftersun.

The Chelsea will also be screening the documentary George Nakashima, Woodworker on Monday, Nov. 7, as part of the NCModernist Movie Series.

Silverspot has some good archival screenings lined up. On November 6 and 7, look for a special anniversary screening (35 years!) of the perennial holiday classic Planes, Trains & Automobiles, which somehow never gets old.

Silverspot’s Flashback Cinema series will feature Singin’ in the Rain on Nov. 6 and 9. If you absolutely must – if the kids demand it and you can’t arrange two hours of staring at a blank wall – you can also catch Jim Carrey in How the Grinch Stole Christmas, Nov. 13 and 16.

Be the first to comment on "Movie Night! Irish Feuds, Black Panthers, and the American Dream"