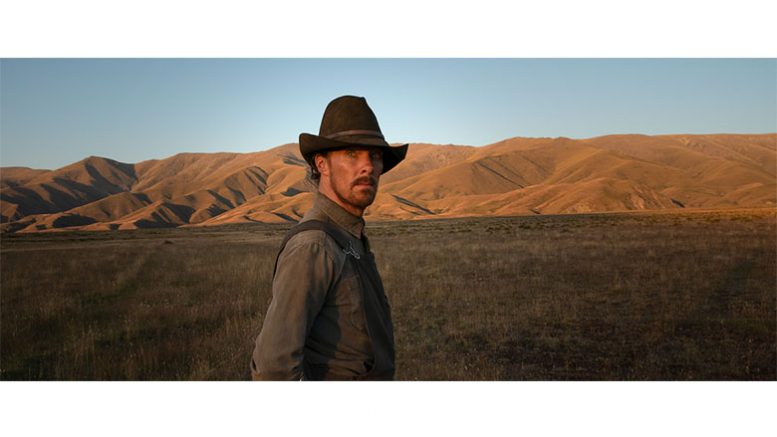 Benedict Cumberbatch in movie still from the film The Power of the Dog. Courtesy of Netflix.

The Power of the Dog

opens Nov. 24 at the Chelsea

Director Jane Campion (The Piano) makes her long-awaited return with this “anti-Western” set in the desolate prairies of 1920s Montana. Benedict Cumberbatch leads a top-shelf ensemble cast (Kirsten Dunst, Jesse Plemons, Kodi Smit-McPhee) in the story of a young man, a cruel rancher and some very heavy domestic drama.

Check out the largely dialogue-free trailer for a sense of the tone. It’s also a startling reminder of how good Campion is at what she does. The New Zealand director has a way with arresting images and deep characterizations – she’s a natural born storyteller with an exquisite eye. The film will rotate to Netflix in December, but Westerns – even anti-Westerns – are better experienced on the big screen.

This hugely hyped reboot of the Ghostbusters franchise is designed to appeal to both kids and nostalgic adults. Advance word suggests it’s much more of a family film than was the original 1980s comedy. Afterlife is not a remake, it’s a next-generation-type sequel with plucky children in peril and the inevitable cameos by pretty much all of the original cast – Bill Murray, Dan Ackroyd and Sigourney Weaver included.

Keep your expectations muted and I’ll wager this one is a good time. I have a vested interest, though. In 8th grade, it was my solemn intention to grow up to be a wiseass parapsychologist like Peter Venkman. I looooved that movie. In any case, it’s certain to be better than the clumsy 2016 reboot. Silverspot also plans to offer screenings with Spanish subtitles; check the website for details.

Up-and-coming filmmaker Reinaldo Marcus Green (Monsters and Men) directs this biographical drama profiling Richard Williams, the father and coach of superheroines Venus and Serena Williams. The film follows the family from the streets of Compton into the stratosphere of worldwide fame and athletic glory. King Richard premiered to good reviews at the Telluride Film Festival in September.

The main draw for most will be the presence of Will Smith in the title role. Smith has proven himself surprisingly versatile in dramatic roles and this performance is already generating Oscar buzz. But you might want to consider this one just to see the ultra-talented director Green tackle his first marquee production.

Also look for the British import The Souvenir: Part II, opening Nov. 19 at the Chelsea, along with the documentary Julia, as in Julia Childs, opening Nov. 24.

Also on Nov. 24, the Varsity and the Carraway drive-in theater will open the new Disney animated musical Encanto, concerning a magical village in the misty mountains of Columbia. Olé!

Be the first to comment on "Movie Night! Jane Campion, Will Smith and Parapsychology "