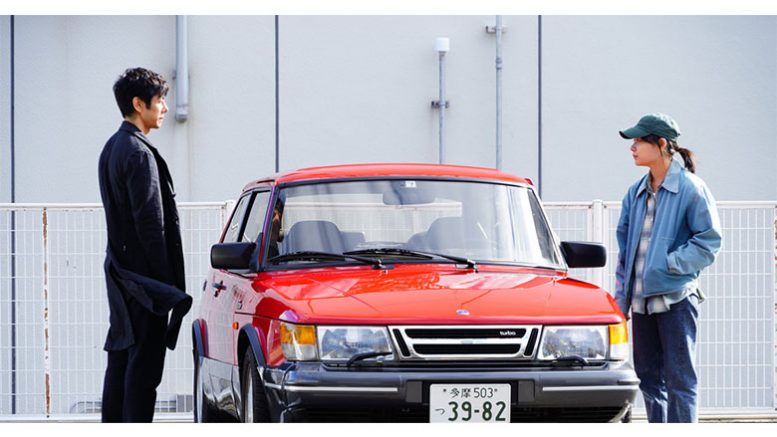 The new year is the traditional time for steely-eyed resolutions. For instance: Watch better movies. That’s my resolution for this year, part of my larger input/output initiative, and I’m starting with Drive My Car, the Japanese drama that’s already won Best Foreign Language Film from several critics groups – the Hollywood Foreign Press Association and the North Carolina Film Critics Association, to name two.

Drive My Car is about a lot of things: A complicated marriage, a tragic death, a theatrical production of Chekhov’s Uncle Vanya. It’s also being heralded for the elegant storytelling style of director Ryusuke Hamaguchi (Happy Hour), a devotee of classic film technique. This kind of movie is good for the brain.

Plus, Drive My Car is based on a short story by the masterful Haruki Murakami, whose stories tend to make great films. (Exhibit A: the excellent 2010 indie Norwegian Wood.) A good way to start the year!

Keeping with the Japanese theme, the new family film Belle is an anime adaptation of the Beauty and the Beast story and was one of last year’s biggest hits in Japan. Its original title is Ryū to Sobakasu no Hime, which translates to “The Dragon and The Freckled Princess.”

Belle should appeal to young viewers especially, as much of the action takes place in the online realm. Belle, in this telling, is a 17-year-old adrift in a virtual world, and the Beast is actually the online avatar of a mysterious benefactor. Maybe. It gets complicated.

Critics are saying Very Nice Things about the film’s ecstatic visual style and the film earned a 14-minute (!) standing ovation at the Cannes Film Festival. Silverspot is offering both subtitled and dubbed screenings, so that’s nice. Be sure to check the online listings to find the one you want.

Opens Jan. 14 at Silverspot and the Carraway drive-in

Upping the quality of your media intake occasionally requires some risk taking and educated guessing. For fans of scary movies, the latest installment of the venerable Scream franchise seems like a pretty good bet, actually.

A big part of the fun with this series has always been its self-aware and meta approach to the horror genre. (Especially nerdy horror fans might want to check out fiction author Grady Hendrix, who is doing similar things with his novels.)

The new movie – titled simply Scream – is a kind of reboot/sequel hybrid, with clever scriptwriting, crazy twists and a new-generation cast joining franchise stalwarts Neve Campbell, David Arquette and Courtney Cox. Be aware, though: These movies are gory.

If you hurry, you can still catch Licorice Pizza, the fabulous coming-of-age comedy-drama from modern maestro Paul Thomas Anderson. It’s holding at the Chelsea, Silverspot and other Triangle area theaters.

On Jan. 21, the Chelsea will open the heralded international film Flee, an animated documentary that’s breaking all kinds of rules and records. Synopsis doesn’t really help here, you’re better off watching the trailer.

For some high-calorie, low-nutrition intake, Silverspot is screening The 355, a spy movie with an all-female cast including Jessica Chastain, Penélope Cruz, Fan Bingbing, Diane Kruger and Lupita Nyong’o. Reviews aren’t great, but that cast!

Be the first to comment on "Movie Night! Japanese Drama, Meta Horror and New Year’s Resolutions"