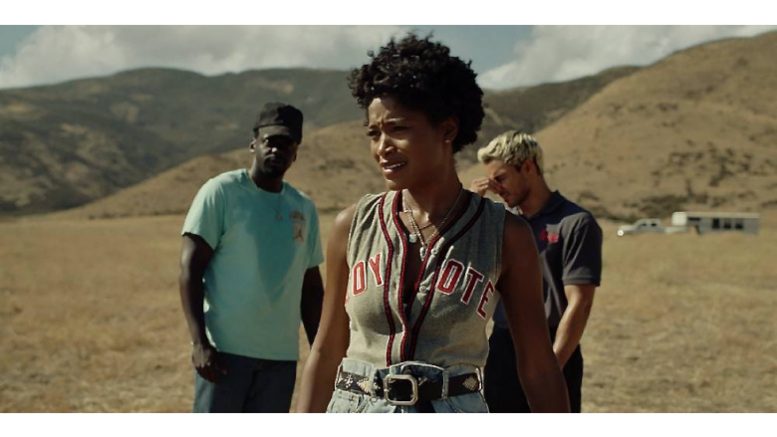 First some news items this week from the Chapel Hill movie theater desk. Earlier this month, the prime movers behind the Carraway drive-in theater announced that they will be closing down the venue, due to expanding construction projects at Carraway Village. A temporary-turned-permanent project from the organizers of Film Fest 919, the drive-in theater was a real lifeline for movie lovers during the worst days of the Covid pandemic.

If you happen to be reading this on Thursday, July 28, you can catch the very last screening (Thor: Love and Thunder) tonight at 8:45 pm. Also mark your calendars for the fifth iteration of Film Fest 919, slated for October 19-23.

In an oddly corresponding move, the Lumina theater in Southern Village came back online just last week, after spending a couple years in semi-dormancy. The Lumina’s indoor theater space is now open again with a full slate of first-run films. Check the Lumina website for more details.

Meanwhile, there are plenty of good options this week and next for the discerning Chapel Hill movie lover.

Now playing at the Chelsea, the Lumina, the Varsity and Silverspot

Writer-director Jordan Peele (Get Out) is back with another ambitious film that’s sparking conversation and earning awestruck reviews nationwide. Storywise, Nope concerns two sibling horse ranchers – played by Daniel Kaluuya and Keke Palmer – and their encounter with a mysterious and elusive UFO. But like all Peele’s films, Nope is operating on several levels and exploring all that interesting psychological space between the screen and our eyeballs.

Nope plays out as a kind of Spielbergian sci-fi/horror hybrid while addressing deeper issues of spectacle, representation, and moviemaking itself. So don’t be scared off by the genre tags. The late, great film writer Roger Ebert had a good line for this sort of thing: A movie isn’t about what it’s about – it’s about how it is about it.

Opens July 29 at the Chelsea and Silverspot

From National Geographic’s documentary films division, Fire of Love has generated a tremendous amount of buzz since its premiere at the Sundance film festival in January. The movie tells the story of French volcanologists Katia and Maurice Krafft, who spent their lives getting up close and personal with the planet’s most dangerous volcanoes.

The archival footage here is said to be astounding, and the effect is amplified by the love story of the two scientists (and their ultimate fate). Check out the official trailer and consider whether you’d like to see this on a dinky TV or tablet, or on the glorious big screen.

Where the Crawdads Sing, based on a bestselling novel set in the North Carolina coastal marshes, is still playing at the Lumina and Silverspot. I didn’t expect to fall in love with that book, but I did, and here we are.

From the mind of the marvelous Miss Jenny Slate, Marcel the Shell with Shoes On is a mockumentary about a talking anthropomorphic seashell that lives with his grandmother and his pet ball of lint. That’s all you need to know, really. Check updated online listings.

The Chelsea will be screening director Werner Herzog’s 1972 opus Aguirre, the Wrath of God, in its late-night series on Wednesday, Aug 3, at 10:30 pm. Aguirre is considered one of the best and most insane films ever made, filmed on location in the Peruvian rainforest over the course of several very weird weeks.

For the kids, DC League of Super-Pets opens Friday at Silverspot.

Be the first to comment on "Movie Night! Jordan Peele, Volcanic Love, and the Wrath of God"