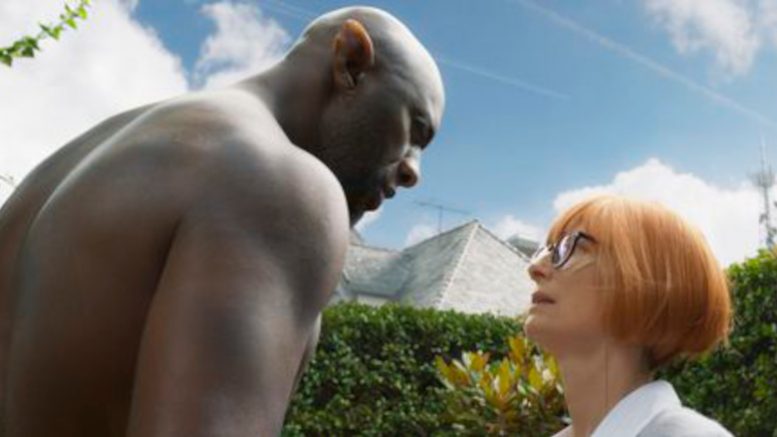 Opening August 26 at the Chelsea, Lumina, and Silverspot “There is no story about wishing that is not a cautionary tale.” So says the great Tilda Swinton, prophetically, in the latest film from Australian filmmaker and gentleman maniac George Miller (Mad Max: Fury Road.) Swinton stars as a solitary scholar Alithea Binnie, whose impulse purchase in an Istanbul marketplace nets her the proverbial genie in a bottle.

The noble djinn, played by Idris Elba, offers the classic three wishes as he regales Alithea with tales of his previous excursions into the mortal realm. Director Miller is famous for his contrariness, and here he aims to undo all our expectations about what happens in fantasy films. (The script is based on a short story in author A.S. Byatt’s collection The Djinn in the Nightingale’s Eye.)

On the upside, we have Elba and Swinton and the directorial vision of Miller, who likes to break rules. On the worrisome side, early reviews (and the film’s trailer) suggest an overreliance on computer-generated special effects. Also, heads up that this isn’t a family film – Miller’s rowdy genre update includes violent sequences, sexual themes, graphic nudity, and djinitalia.

Now playing at the Lumina and Silverspot

Shot on location in Africa, the new thriller Beast takes a B-movie thriller template and adds an A-list filmmaking team. The very busy Idris Elba returns as a desperate father protecting his daughters from a vicious and improbably intelligent rogue lion. Think Jaws on the savannah.

Elba is an enormously compelling performer who typically appears in ensemble roles, so it’s good to see him at the top of the marquee in two movies this month. Rumor has it he’s in the running to be the next James Bond in the 007 franchise, but that rumor’s been percolating for, like, 20 years now. So who knows?

Reviews are solid for Beast and word on the Internet is that the climactic Idris-versus-lion battle is an absolute must-see sequence. Also note that the cinematographer is French Oscar winner Philippe Rousselot (A River Runs Through It), and it should be fun to see what he does with this African vacation-gone-wrong story.

Silverspot’s Flashback Cinema series features American Graffiti on August 28, and the immortal 1958 creature feature The Blob. (Is that a young Steve McQueen? It is!)

If you’re still hoping to catch Brad Pitt and Bullet Train, it’s held over at the Lumina, Silverspot and the Varsity theater downtown.

Be the first to comment on "Movie Night! Lions and Genies and Idris Elba. Oh, my."