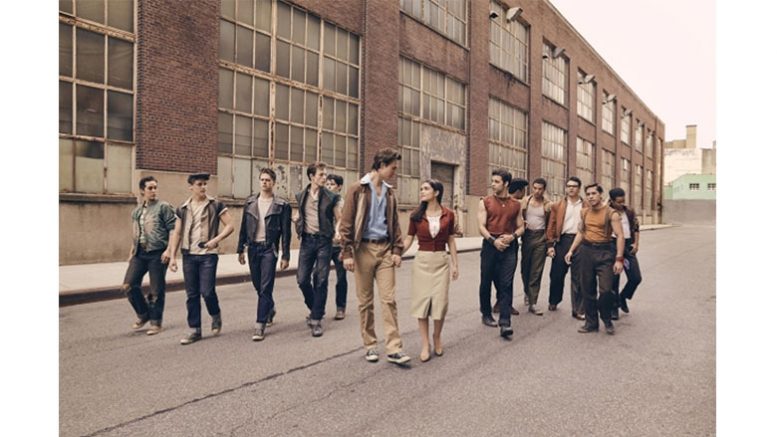 One of this year’s big holiday releases, Steven Spielberg’s hotly anticipated adaptation of the musical classic West Side Story will be hard to avoid in the coming weeks. In case you’ve just awoken from a 90-year coma, West Side Story chronicles the doomed love affair of teenagers Tony and Maria among the street gangs of New York City in 1950s.

Some trivia on the new film: Superstar screenwriter Tony Kushner crafted the script to hew closer to the original Broadway production, so we can expect some changes in the sets and sequencing of the musical numbers. Rita Moreno, so good as Anita in the 1961 movie, returns in the new film as Valentina, an update to the original film’s character of Doc.

Advance word suggests that the new film has a particular resonance in our current political atmosphere. “”Divisions between un-likeminded people is as old as time itself,” Spielberg said in a recent interview. “The divisions between the Sharks and the Jets in 1957, which inspired the musical, were profound. But not as divided as we find ourselves today.”

Opens Dec. 3 at Chelsea and Silverspot

In 2017, filmmaker Mike Mills released the very beautiful and partially autobiographical movie 20th Century Women, with Greta Gerwig and Annette Bening. On the strength of that film alone, Mills should be officially funded – through UNESCO or something – and allowed to make whatever movies he wants for the rest of his life.

Mills’ latest, filmed in black and white, stars Joaquin Phoenix as a stressed-out radio producer persuaded to babysit his nine-year-old nephew for a few weeks. It should be fun to see what Mills does with this. He has a beautiful touch with damaged people and family dynamics.

Now playing at Varsity, Silverspot and the Carraway drive-in

Encanto, the latest from Disney’s magical movie factory, is a good example of a public service film. We’re all going to need a family-friendly movie to attend with relatives in the holidays ahead. Encanto means two-plus hours of blessed calm and no politics.

Also, it’s getting really good reviews. Encanto provides a new setting and cultural POV for Disney. Set in a magical village in the mountains of Columbia, the film leans heavily into Latino musical traditions and nods toward the magical realism style of literary fiction, pioneered by Latin American writers like Jorge Luis Borges and Gabriel García Márquez.

Contrary holiday types may want to check out the Chelsea’s Dec. 7 late night showing of Black Christmas, concerning holiday parties, sorority girls, and a deranged killer. The film was shot in Toronto for, like, $15 and it’s considered to be one of the first and best slasher films.

The Lumina is still in rebuild phase, but organizers are screening How the Grinch Stole Christmas (the Jim Carrey one) on the lawn at Southern Village Saturday, Dec. 4, starting at 6 p.m.

Be the first to comment on "Movie Night! Magical Realism, Joaquin Phoenix and West Side Story "