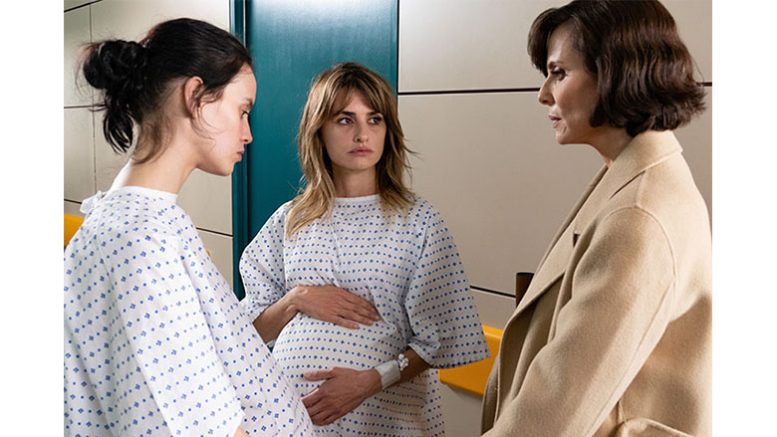 Opens Jan. 28 at Chelsea and Silverspot

Parallel Mothers, the latest minor miracle from ace Spanish filmmaker Pedro Almodóvar, is a fantastic piece of work – the brightest spot yet in the young 2022 calendar year. Ostensibly, the film concerns two single mothers in Madrid – played by Penelope Cruz and Milena Smit – and their oddly-connected maternal experiences.

But that’s just the plot point from which Almodóvar’s story blossoms out like a narrative fractal pattern. By the end of the film we’ve learned of terrible secrets and deceptions, both on the dramatic level and the deeper historical level of Spain’s recent past. Almodóvar’s twisty structure underlines the increasingly relevant truth that, these days, the personal and the political are all knotted up. Great movie.

This is a nice idea: The friendly cineastes at Chapel Hill’s Film Fest 919 have arranged for a two-week run of likely Oscar contenders at the Carraway drive-in theater. This is a chance to take in some of the year’s best films on the big screen, with social distancing pretty well optimized.

The films will be running nightly, Wednesday through Sunday, Feb. 4 – 17, starting at 7pm. On the docket: The Harder They Fall (Western!), Dune (sci-fi!) West Side Story (musical!), Passing (period drama!), The Mitchells vs the Machines (animation!) and more. Check the Carraway website for full schedule and ticketing information. Bonus tip: The Mitchells vs the Machines is a surprisingly excellent family film option.

Here we have one of those moviegoing paradoxes that pop up from time to time. Moonfall, the sci-fi disaster flick from extremely predictable director Roland Emmerich, is almost certainly going to be a Bad Movie. But, thanks to Emmerich’s said predictability, it’s one you may want to see anyway.

Emmerich makes big, loud, goofy movies – Independence Day, Godzilla, The Day After Tomorrow, 2012 – and he specializes in eyeball-busting disaster sequences that are best experienced on the big screen. He’s got a doozy lined up this time: the Moon has been knocked out of orbit and is falling toward Earth. I’d kind of like to see that. I’m not proud of it, but here we are.

The Carraway drive-in is holding on to the meta-horror reboot Scream through this weekend.

Silverspot has a few under-the-radar options playing this week and next, including the Christian romantic drama Redeeming Love and the long-delayed adventure fantasy The King’s Daughter, which was supposed to come out in 2015. It’s a long story.

Be the first to comment on "Movie Night! Oscar Contenders, Single Mothers and Lunar Complications"