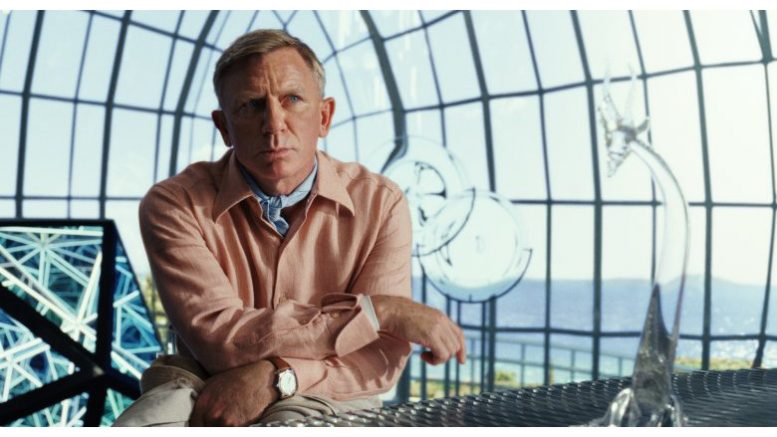 Every other week, our Movie Night! column previews the best upcoming films showing in Chapel Hill theaters—for those who still like to go out to the movies. While COVID remains an issue, all local venues have taken measures to make their spaces safe. Also please remember that bookings and schedules change all the time, so always check online before heading out.

October is maybe the single best month of the year for Chapel Hill movie nerds, thanks to Film Fest 919, the feisty local festival that specializes in early screenings of upcoming indie, prestige, and world cinema films.

Hosted this year at Silverspot (at University Place) and The Lumina (in Southern Village), Film Fest 919 has been offering great sneak peek opportunities for five years now. I remember seeing Nomadland at the Fest a few years back, then evangelizing about the movie to friends and family for several weeks. Many of the films in this year’s festival are likely to be Oscar contenders when they come to theaters again later this year.

The festival runs Wednesday, Oct. 19, through Sunday, Oct. 23. Show times and details are available at the festival website—check the FAQ for information on the best way to get passes and individual tickets.

Highlights from this year’s fest include Armageddon Time, a family drama from director James Gray, starring Anne Hathaway, Jessica Chastain, and the mad Welshman Anthony Hopkins. The film was nominated for the prestigious Palm d’Or award at the Cannes festival. Also look for the Korean War-era Devotion, the true story of the first Black aviator in U.S. Navy history.

Check the listings and you can catch several excellent documentary films including Bad Axe, Good Night Oppy, Louis Armstrong’s Black & Blues, and the Iranian doc The Voice of Dust and Ash. The festival wraps up Sunday night with Glass Onion: A Knives Out Mystery, with Daniel Craig returning as inscrutable Southern detective Benoit Blanc. Another Knives Out mystery makes for another glorious time at the movies. Image courtesy of Netflix.

Opening Oct. 27 at the Chelsea

Early reviews suggest that Cate Blanchett is devastating in this psychological drama about world-famous orchestra conductor Lydia Tár, a larger-than-life artist felled by her own appetites and ambitions. Director Todd Field (In the Bedroom) also wrote the script for this one, and the film is considered to be a frontrunner for an Academy Award or three. New York Times critic A.O. Scott recently wrote a particularly compelling review of Tár, encouraging readers to appreciate Blanchett as one of the great screen performers of our era. He’s right!

Dwayne Johnson, the artist formerly known as The Rock, goes antihero in Black Adam, based on the DC comics character. The film opens this week at Silverspot, the Lumina, and the Varsity.

The Chelsea is opening the black comedy Triangle of Sadness this Friday, with a sneak peek Thursday night. Want to see what happens when a boat full of helplessly spoiled One Percenters get stranded on a deserted jungle island? Yeah, me too!

Silverspot’s Flashback Cinema pick for next week, Oct. 23 and 26, is the immortal classic Abbott and Costello Meet Frankenstein. Could be a good family night option for those who’d like to take the kids to a Halloween movie, but don’t want to be utterly traumatized.

Be the first to comment on "Movie Night! Southern Detectives, Troubled Artists and Film Fest 919"