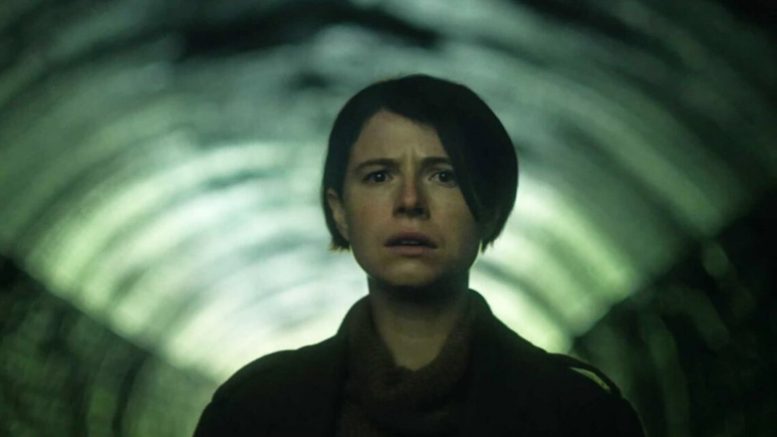 Opens May 20 at Silverspot

When a new film is issued by British director Alex Garland, there’s a certain subset of us movie nerds who pretty much drop everything. Garland is the creative mind behind two of the very best indie sci-fi films of the last 20 years, 2014’s android fever dream Ex Machina and 2018’s eco parable Annihilation.

His new film swerves into more overt horror film territory, following a young widow on vacation in rural England after the death of her husband. But don’t let that scare you off, as it were. Garland specializes in brainy provocations disguised as genre films. His movie may present as recently fashionable folk horror (like Midsommar, say). But he’s really working in the older mode of weird fiction, using supernatural elements to explore those hardwired brain-stem fears endemic to the human condition. Fun!

Opens May 20 at the Chelsea

A film with undeniable contemporary resonance, the French drama Happening is the latest of several recent art films dealing with the topic of abortion access. Set in 1963, it tells the story of a 23-year-old student with ambitions in academia who finds herself unwillingly pregnant.

College students didn’t have any legal options in 1960s France, and Happening hits like a klaxon alarm in light of recent developments here in America, in the 21st-damn-century. Writer-director Audrey Diwan is a major talent and she’s earning great reviews for telling this story with the kind of political urgency, heartbreaking gravity and emotional intelligence it deserves.

Opens May 19 at the Chelsea and Silverspot

Devotees of the ongoing pop culture phenomenon that is Downton Abbey will be happy to see this one finally roll around after several delays. A New Era serves as a sequel to the 2019 film, and a general expansion of the original British TV series set in post-Edwardian rural England.

The new installment, set in the 1920s, splits the action between new developments at the old estate and a foray into the south of France. Writer Julian Fellowes returns, along with director Simon Curtis, and these guys are professionals. Early reviews suggest they deliver with the usual style and aplomb.

Silverspot is screening the ambitious college-party-gone-wrong film Emergency, an intriguing script that made some waves at this year’s Sundance Film Festival. Here’s a good quick primer.

If none of the above float your boat, The Chelsea is holding over two additional excellent options from last week, Petite Maman and The Duke.

Finally, if you’ve abandoned all hope, I am obligated to report that Top Gun: Maverick opens May 26 at Silverspot, the Varsity and the Carraway drive-in.

Be the first to comment on "Movie Night! Speculative Fiction, Contemporary Resonance, and Downton Abbey"