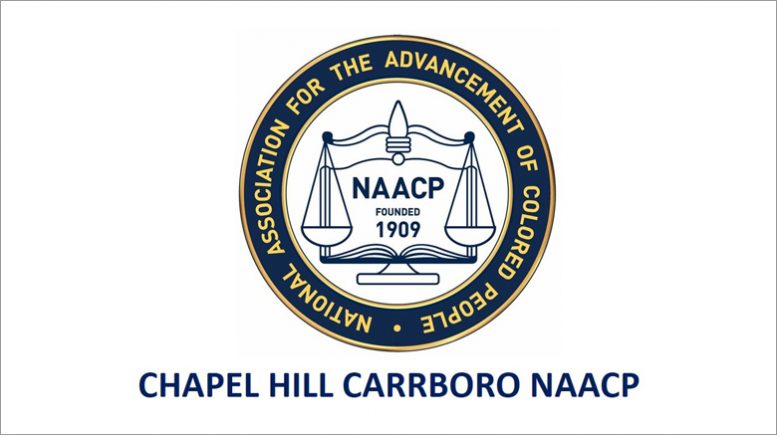 On Thursday, February 18, many of us at home watched with deep sadness and incredulity as the Chapel Hill Carrboro City School Board moved haltingly, and largely in deafening silence, through a highly flawed process to fill a vacant seat. During the time designated for deliberative decision-making, our elected representatives failed to live up to their own stated commitments to operate with transparency, accountability and prioritized attention to addressing the racial inequities that continue to shame our district. In our view, Lisa Kaylie, who received the appointment, was a highly qualified, well-respected candidate among other highly qualified, well-respected candidates. Our letter is not to suggest that the Board made the wrong decision. We don’t know. The process they used was fraught with so many problems that, in the end, it left many concerned about how this board makes important decisions.

Four board members nominated four candidates from among the twelve they had interviewed.  While the Board attorney informed them that their nominations could be accompanied by a supportive statement, none of the Board members chose to offer one.

Deon Temne nominated Courtney McLaughlin, an African American parent who works as a family navigator for the Family Success Alliance, an organization that seeks to break the cycle of poverty so that all children and families in Orange County thrive in schools, jobs and life. She is also a leader of C.L.A.S.S. (Coalition of Leaders for African-Descendant Student Success) and a leader in the CHCCS Equity Advisory Council. McLaughlin brings knowledge of social systems, policies and education to the board, while also lifting up the voices of under-represented families in our district with whom she has deep relationships.

Ashton Powell nominated Carmen Huerta-Bapat, who used her own experience as a Latina immigrant to guide first-generation college students as the Director of UNC’s Carolina Firsts program, where she designed and implemented the first honors program in the nation for first-generation college students. The mother of three children, Huerta-Bapat went on to receive a doctorate in sociology and currently is on the faculty in UNC’s Global Studies program. Noting her strong relationships with the Latinx community, Huerta-Bapat has spoken of a desire to improve the climate in our schools for minority students, teachers and staff as well as to improve the communication between administration, teachers and families.

Mary Ann Wolfe nominated Lisa Kaylie, who has been a longtime leader in the CHCCS PTA and an active participant in the Special Needs Advisory Council. She is the president of Frucon International, an e-commerce services firm. She also has been a board member with the Orange/Chatham Chapter of the Autism Society of NC, Kidzu Children’s Museum, N.C. Therapeutic Riding Center and Extraordinary Ventures. Kaylie is also white and a mother.

Rani Dasi nominated Michele Okoh, an attorney and senior lecturing fellow in Duke’s Environmental Law and Policy Clinic, which focuses on environmental justice. She is an expert in justice and equity who is committed to a community-driven approach to fill the needs of the most adversely impacted communities. Okoh is also African American and a mother.

A Mostly Silent and Secretive Process

During the 40 minutes spent on choosing a new board member, only three short comments pertaining to two of the candidates were offered (each less than 2 minutes). Wholly absent was substantive public discussion about the candidates’ relative attributes and qualifications and how closely these align with the specific, unmet needs of the student body, the Board, the district and the community.

Instead, we watched as our board members behaved as if the most important thing was that we, the community, would not know what they were thinking or how they were deliberating. Voting occurred through a private electronic ballot, though it was possible to obtain a record afterwards on how the members voted. According to that record, Temne did not vote for his nominee, surprisingly, nor did Dasi vote for hers. After the first round, it was reported that Huerta-Bapat received three votes, Kaylie two and McLaughlin one. Because no candidate received a majority of votes, the voting process then continued with all nominees remaining on the ballot. Three more ballots resulted in tie votes for Carmen Huerta-Bapat and Lisa Kaylie.

After the first tie vote, Ashton Powell spoke of his support for Huerta-Bapat, citing that he had received more letters than he had ever received from Latinx parents and noting that they said she would be a much-needed voice and source of support for them and their children. Before the last round of voting, Board Chair La Serna also spoke in favor of Huerta-Bapat, reading a letter in Spanish from a Latinx mother who stated that Huerta-Bapat would be a trusted source of communication and advocate for Latinx students. There was no discussion about the letters. Wolfe then offered a statement arguing for Kaylie’s ability to reach all communities, advocate for children with special needs and “to jump in very quickly” because of her past involvement with the PTA over many years. There was no discussion about relative abilities to reach all communities or to be immediately productive. Instead, the board moved, in a 4-2 decision, to flip a coin. In the end, Powell, La Serna and Temne voted for Carmen Huerta-Bapat and Wolfe, Dasi, and Broun voted for Lisa Kaylie. The coin flip went in favor of Kaylie.

Where Did Racial Equity Figure in This Decision?

The elephant in the room was the district’s persistent problem with racial inequity. CHCCS is known to be one of the most inequitable school districts in the country. In CHCCS — just as in other institutions — race is the most salient factor in predicting outcomes, even within every other special category of difference (e.g., gender; socioeconomic status, i.e., free and reduced lunch; academically and intellectually gifted; exceptional children). Therefore, in 2017, at the urging of the community, the district committed to using the Racial Equity Impact Assessment (REIA) tool (Race Forward) to guide its work in addressing the structural inequities that have led to profound opportunity and achievement gaps. The REIA tool aids in making decisions by illuminating unconscious biases and institutional structures in our belief systems and practices that continue to produce the unconscionably disparate outcomes we still see today. The tool highlights the importance of examining data and of listening to and empowering people in marginalized communities.

But the REIA tool was not used during this important decision. In fact, our district’s stated commitment to consider racial inequity in every decision did not come up during this meeting. Not one single time.

We recognize that it is not easy to discuss racial, ethnic, and class dynamics in public forums. As a culture, we lack the study, practice and tools to guide productive and courageous conversations about our racial history and its legacy in terms of institutional practices and outcomes. But the Board’s avoidance of this conversation is unacceptable. Student futures are on the line. Board members must be ready to talk about race, hold each other accountable for the racial disparities in our schools, and address policies that preserve racialized inequities.

Our district has made strong commitments to greater transparency, accountability and attention to addressing persistent racial inequities. In light of the failures to live up to these commitments in the appointment of a new board member, we ask the Board to consider and respond to the following three requests.

(1) Structural solutions appear to be required to consciously consider racial equity in making decisions and creating policy and programs. To aid such decision-making, we call on the Board to include equity counsel at school board meetings (noting the regular requests of legal counsel). Conceivably this role could be played by the district’s new Equity Director. The position’s job description could include an expectation for training and on-going professional development in racial equity, including the use of the Racial Equity Impact Assessment tool. The Equity Director could be charged with holding the district accountable for use of the tool and helping to guide its implementation. This is critical because it has been repeatedly made clear that when racial equity is not consciously considered, racial inequity is often unconsciously replicated. Including such equity counsel in Board Meetings, would literally give equity “a seat at the table” for all important decisions.

(2)  Yet this can’t be one person’s job , and we should not ask Board members or District leaders to implement what they don’t know. Thus, we ask that all Board members, as well as district leadership, regardless of race or ethnicity, participate in racial equity training, including the use of the REIA tool. In December a number of CHCCS Board members and administrative personnel participated in a lively workshop led by Race Forward (creators of the REIA tool) with 85 other community members. Workshop leaders emphasized how hard it is to use a tool to address deep-rooted beliefs, assumptions and practices without investing some time to learn and practice using the tool. It is imperative that our district commit to training and improved implementation of the REIA tool as soon as possible. We also highly recommend training by the N.C.-based Racial Equity Institute to help district personnel develop a shared understanding of the history, foundations and dynamics of structural racial inequity in our town, state and country. How we diagnose a problem determines how we treat it.

(3)  Finally, we ask that Board members be willing to engage in challenging conversations and share their deliberations with the public. This is what we need in terms of transparency and accountability. In classrooms across our district, teachers strive to engage students in open, analytical discussion and debate. They ask students to risk discomfort and mistake-making because intellectual and socio-emotional risk-taking is necessary for growth, collaboration, innovation and change. Just as we ask students to have tough conversations, we ask our Board to move past avoidance, silence and fear and to model the curiosity and courage needed to think through and address our district’s deepest problems.

It is our hope that we will all learn from the mistakes of this process and move forward with intention. A school culture that prizes equity, justice, transparency and accountability is one that creates intelligent, well-informed and courageous leaders for the future of our country.

We thank you for representing us and all the long hours you put into ensuring that our young people have access to a high-quality, rigorous education. We look forward to hearing your response to our requests.

Respectfully yours,
Campaign for Racial Equity In Our Schools
Chapel Hill-Carrboro NAACP