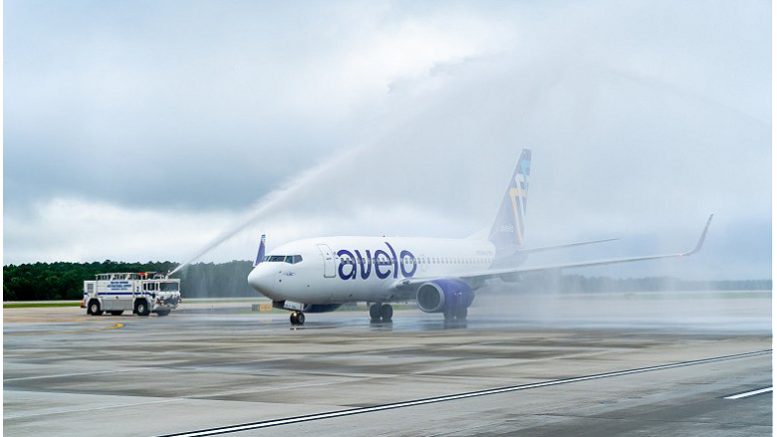 New airlines and a dozen new nonstop destinations will available at Raleigh-Durham International Airport (RDU) over the next few months. Avelo Airlines began service from RDU to New Haven, Connecticut, in May, and will add six destinations in Florida in February. That same month, Breeze Airways will inaugurate service from RDU, also to Florida and Connecticut, with two other destinations to be added in May. Bahamasair and Icelandair also began service to RDU in 2022.

Established airlines are also adding a few new nonstop destinations, including: Southwest to New Orleans in January; American to Cincinnati, also in January; and JetBlue to Dallas-Fort Worth in May. Delta, which claims primacy as the largest carrier at RDU, is adding capacity. At press time, flyers can reach 43 destinations in one hop from RDU.

“RDU is an extremely popular destination,” said Hunter Keay, chief financial office of Avelo. “It is both a growing business and residential region, so there is corporate travel as well as people visiting friends and relatives. Our first route from RDU [to New Haven, HVN] was very successful.”

He noted that the RDU-HVN city pair has balanced points of sale for Avelo, which means that people in either place want to fly to the other place in roughly equal numbers.

“That is important,” said Keay. “It’s best to have the planes full in both directions. As with any startup there has been some trial and error, but there is a lot of industry data available from airports and from the Department of Transportation on city pairs.”

Beyond expanding service from RDU to Florida—Tampa, Orlando, Fort Lauderdale, West Palm Beach, Fort Myers and Sarasota-Bradenton—Avelo has decided to make RDU an operations center. Avelo will open its base at RDU on February 16, 2023. The airline will initially position one aircraft at RDU and plans to add a second in the first quarter of 2023. Over the next two years Avelo plans to base as many as five to seven aircraft at RDU.

To support its new base, the airline anticipates creating at least 50 jobs in the first half of next year. Candidates can learn more at AveloAir.com/Careers.

“The airport authority has been a good business partner,” said Keay. “And we like that there is no dominant airline. In deciding to increase service there we noted that RDU numbers are still down about 19% in 2022 as compared to 2019. We saw an opportunity to backfill some of the routes abandoned by other carriers with low fares and good service. We expect that word of mouth will be a good tailwind for us.”

According to data from the RDU airport authority, annual passenger traffic grew steadily to a high of 14.2 million in 2019. That plunged to 4.9 million in 2020, and recovered to 8.8 million in 2021. If airline projections for 2022 traffic are correct, the total should be about 11.4 million. “The Breeze model is to look for non-served or greatly under-served city pairs and then introduce nonstop flights at low fares,” said Lukas Johnson, chief commercial officer. “Raleigh-Durham is an ideal market in this respect. It’s a big market with limited nonstops for its size. We initially announced RDU to Providence, Hartford and New Orleans, starting February 16 and 17, and have been very happy with the sales.”

The focus is on secondary and tertiary markets where there is not existing nonstop service. “That doesn’t mean we won’t fly to primary cities or airports,” Johnson said. “We do serve Los Angeles [LAX], San Francisco, Las Vegas, and Phoenix for example, but we connect the primaries with secondary cities that lack existing service.”

It’s not the usual plan for Breeze to add more destinations before even launching the original flights.

“But we feel very good about our opportunities from RDU and did just that. Last week, we just announced new routes from RDU to Columbus, Ohio, and Jacksonville, Florida, starting May 18. With 80 brand-new Airbus A220 planes coming, we have a lot of growth ahead of us,” Johnson added.

Even with the post-pandemic recovery in travel and many airlines adding destinations, some are dropping routes. For example, this year Frontier ceased nonstop service from RDU to Buffalo, New York, and to Portland, Maine. Frontier did not respond to inquiries.

In communications with The Local Reporter (TLR), the airport authority explained that “airlines make decisions about adding or reducing existing flights independent of airports, however, RDU is heavily involved in recruiting new airlines and new destinations. For domestic flights, we are interested in expanding our connectivity to the West Coast. For international service, we would like to expand into South and Central America and we will continue to look at transatlantic routes.

“We are recruiting new flights to the markets our guests travel to most often and we are always interested in adding more flights to existing destinations,” the authority continued.

“We have the capacity to manage our current operations in both terminals. RDU also has a master plan called Vision 2040 that shows how the airport will grow based on triggers like increasing passenger traffic. Vision 2040 includes the eventual expansion of both terminals.” Southwest Airlines is one of the major carriers at RDU. It will add nonstop service to New Orleans in January, its 18th direct destination from RDU. Photo courtesy of RDU Airport Authority.

“From our start in 1971 we have been a point-to-point carrier,” said Dan Landson, public relations officer at Southwest. “We invented the 10-minute turn time on the gate. Regulations are vastly more complex today, but we still have the fastest turn time in the industry at 40 minutes. And that is averaging 150 passengers per plane. In addition to nonstops, we are exploring one-stop through service with no change of planes as an option for some destinations.”

For the most part, Southwest is focused on restoring service at RDU to pre-pandemic levels. “We are close,” said Landson. “We will be back to 90% by next summer, and 100% by the end of next year.” He also noted that Southwest added destinations through the pandemic downturn.

Southwest operates out of Terminal 1 at RDU, but does not use all the gates. The airport authority told TLR that “we don’t have a formal plan to consolidate all low-cost carriers into Terminal 1, but some of them want to expand and there is more opportunity for that in Terminal 1.” Delta is another of the major carriers at RDU with 18 nonstop destinations, including Paris (Charles de Gaulle). On that route, the airline flies a wide-body Boeing 767. That aircraft also flies from RDU to Delta’s hub in Atlanta, one of the very few domestic short-haul routes flown by a wide-body. Photo courtesy of Delta.

Delta serves 18 destinations from RDU with about 55 peak-day departures. “For competitive reasons we do not break out market share numbers,” the airline told TLR, “but the totals are the largest at RDU.”

While other airlines are focused on adding destinations from RDU, Delta’s approach is more to add frequency and capacity on existing routes.

“Delta is firmly committed to RDU and is focused on serving the destinations that are most important to our RDU customers. In addition to the new [Paris] CDG service that began in August, Delta plans to double our capacity to a top market, LAX, with a second daily trip this spring,” Delta said. American is the third of the major three carriers at RDU, with 14 nonstop destinations, including London (Heathrow). It will add Cincinnati in January. In the background is Alaska Airlines, which operates a daily non-stop to Seattle. Photo courtesy of RDU Airport Authority.

American Airlines declined to answer questions but noted that “RDU is an important part of American Airlines’ network as we have grown our capacity [there] by 12 percent since 2019.”