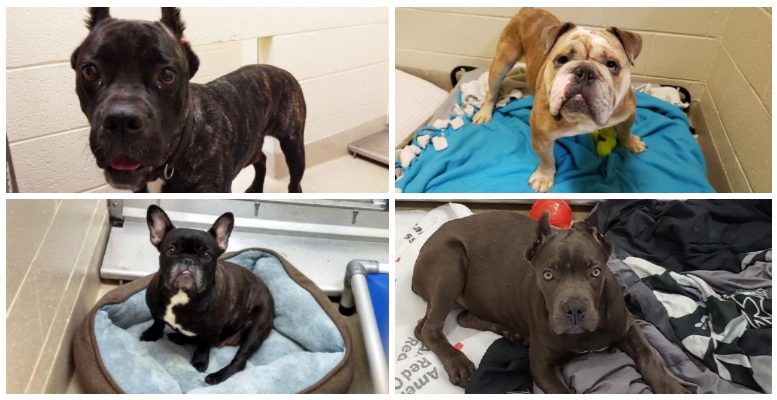 The Orange County mother and son charged with 16 felony charges and 37 misdemeanor animal cruelty offenses after the seizure of 57 puppies and dogs are scheduled to appear in court on Nov. 18.

The dogs — malnourished, sick and living in unsanitary conditions — were taken by the Orange County Sheriff’s Office and the Animal Services Department last month following an investigation after reports of animal cruelty.  “The information came from two independent sources and a veterinarian who had examined some of the animals on the property,” said Alicia Stemper with the sheriff’s department.

Cynthia Riggan, 65, turned herself in on Oct. 30 following the seizure of the dogs from several properties she owns on Alexander Drive just north of Chapel Hill. Her son, Taylor Doar, 35, was arrested on Oct. 31.

If convicted, the two could face serious penalties.  The felony charges can mean from four to 25 months imprisonment, while the misdemeanor penalties carry additional jail sentences and fines up to $1,000.

Penalties may be more severe for those with a previous criminal record. Doar’s record shows 22 criminal offenses dating back to 2002. They range from traffic and alcohol-related infractions to breaking and entering. None of the previous charges were related to animal cruelty.

Additionally, the county has asked Riggan and Doar to pay for the $1,026 per day cost for the animals that are currently in the care of Animal Services. If the two do not post a bond for the care of the animals or they post bond and default on payment, then the dogs can become the property of the county and would be able to be adopted

Meanwhile, the number of seized dogs is proving difficult for Animal Services to handle.

“The sudden influx of these animals has put a tremendous strain on our resources,” said Bob Marotto, the Animal Services director. Since the date of the seizure, the department has been asking for public support and receiving assistance.

“We are deeply grateful to the many people who have come forward with close to $3,000 in monetary donations and also donations of food, blankets and other items for the dogs,” said Marotto in an interview.

“The dogs — mostly English or French Bulldogs and mastiffs — are doing very well and getting ongoing care,” he said. “We lost one puppy due to complications from hookworms and the rest are recovering from parasitic conditions, malnourishment and what they incurred from the unsanitary conditions.”

Anyone wishing to donate items or money to support the seized dogs can find more information at tinyurl.com/y2exa8r0.  If the dogs become eligible for adoption, information will be available at www.orangecountync.gov/287/AvailablePets.

Graduation rates rise. Was it COVID?

Be the first to comment on "New Court Date for Mother, Son Charged with Animal Cruelty"