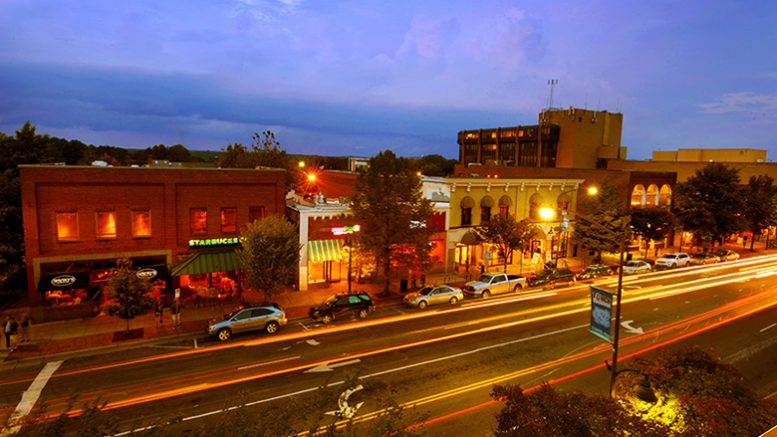 Within the next decade, the Chapel Hill area is scheduled to open an expanded Science Center, a gourmet Grocer, and a Turkish Cultural Center. And there’s more.

Morehead Planetarium
Morehead Science Center plans to reopen in October 2020 and renovation plans include moving the main entrance to the building’s west end facing McCorkle Place, an exhibit hall that will pay tribute to UNC’s history as a pioneer of science exploration, an interactive “maker space” that is part exhibit, part program, an updated science stage and expanded exhibit galleries.

Wegman’s Grocery
Demolition has been underway for months along Fordham Boulevard in Chapel Hill preparing a site for the new Wegman’s grocery store that will take over the former Performance Auto Mall location. Currently site work is in final stage for foundation and building permits to “go vertical” are imminent. The town of Chapel Hill is working with NC Dept of Transportation to prevent any disruption from Durham-Chapel Hill road improvements. Wegman’s is projecting February 2021 for grand opening.

Chapel Hill Turkish Cultural and Community Center to Open in 2020
A new Turkish Cultural and Community Center, funded in part by the foundation of UNC professor and Nobel Prize winner Aziz Sancar, will create interactions between American students and Turkish students at UNC. Aziz won the Nobel Prize for Chemistry in 2015 for the discovery of nucleotide excision repair – how damaged DNA is repaired. Situated on two acres of land on East Franklin Street, the Center will have a 9,700 square-foot, environmentally sustainable building with classrooms for students and the community, as well as a two-story, low-cost guest house that will host up to eight Turkish students or scholars.

Opportunity Zone on East Franklin Street
In 2018, a census tract in Chapel Hill was designated as an Opportunity Zone, a federal program designed to spur economic development by providing tax benefits to investors. A building located within this Opportunity Zone (137 East Franklin) is currently rehabilitating 100,000 square feet of quality office space and undertaking façade improvements. Also, the University of North Carolina Chapel Hill is considering an innovation center that might encompass other Chapel Hill entrepreneurial spaces and programs like Launch and 1789 Venture Lab.

Carraway Village
Situated in a major entryway into Chapel Hill near I-40, Carraway Village has completed phase I, consisting of 9,000 square feet of mixed use commercial development. They are now in phase II which will add an additional 12,000 square feet. The multi-family development is 60% occupied. Starbucks and Chic-Fil-A are under construction. Discussions are taking place with potential retail tenants.

On the Drawing Board in Carrboro
Located at the corner of Old Fayetteville Road and Highway 54 on property historically known as Lloyd Farm. The project will be a new mixed use project with multiple commercial buildings on approximately 40 acres, including Harris Teeter. Also proposed is a residential facility for seniors. It includes 200 units and 10 duplex cottages. The developer anticipates construction permits in 2020 and an opening date in 2022.

The Colonial Inn in Hillsborough
The Colonial Inn is not just one of the oldest buildings in town, originally constructed in 1838, it is also one of the most recognized and respected. The building is listed in the National Register of Historic Places and it was classified as a structure of statewide significance by the N.C. State Historic Preservation Office. The sales team says there’s a wedding on the books for May 2020.

Be the first to comment on "New Development Projects in Progress"