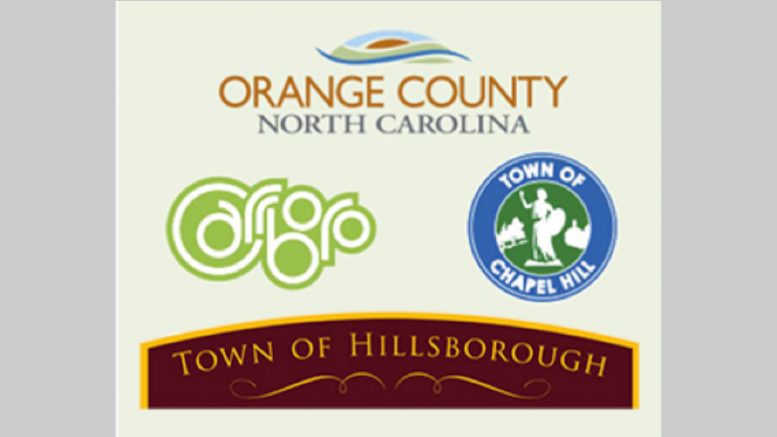 In a coordinated, the elected leaders of Orange County and the towns of Carrboro, Chapel Hill and Hillsborough are taking action now that the ban has expired. Each jurisdiction will consider new anti-discrimination protections at the local level. “Chapel Hill is committed to building a community that is inclusive, welcoming and supportive for everyone,” said Chapel Hill Mayor Pam Hemminger. “In taking this important step to protect members of the LGBTQ community and others from discrimination, we are making sure that Chapel Hill and Orange County are a place where everyone can thrive.”

The protections will cover numerous categories, including sexual orientation, gender identity and gender expression. The ordinances will address discrimination in core areas of life, including public spaces like restaurants and stores, as well as employment.

“Having these types of non-discrimination ordinances at the local level is now allowed in 48 states,” said Carrboro Mayor Lydia Lavelle.

“In 2020, the United States Supreme Court affirmed the rights of LGBTQ people to employment free of discrimination, and the North Carolina Court of Appeals recently ruled that LGBTQ residents have the right to be provided services the same as any other member of the public. Further, our Orange County voters have historically shown overwhelming support for the LGBTQ community. These proposed ordinances reflect the values of our communities.”

The new local anti-discrimination ordinances address gaps in protection. The ordinances cover protections for services offered in places of “public accommodation,” including stores, hotels and businesses that supply goods or services on the premises to the public or that solicit or accept the patronage or trade of any person. The ordinances also cover protections for employment not covered by federal law. The N.C. General Assembly retains control over the regulation of multi-occupancy bathrooms.

“We have waited for the opportunity to take this important action to help ensure all who live in, work in and visit our community can do so free of discrimination based on who they are, what they look like, how they worship or who they love,” said Chapel Hill Town Council member Karen Stegman.

All the local governments have inclusive LGBTQ personnel and contracting policies, and their elected bodies have consistently passed resolutions affirming the dignity and rights of the LGBTQ community. There have been nine LGBTQ elected officials in Orange County, including the first gay and lesbian mayors in North Carolina.

Hillsborough’s Board of Commissioners is scheduled to discuss the anti-discrimination ordinance Monday, while Carrboro has it on Tuesday’s agenda, Chapel Hill on Wednesday’s and the county commissioners will discuss it on Jan. 19.

Be the first to comment on "New LGBTQ Protections on Agendas"