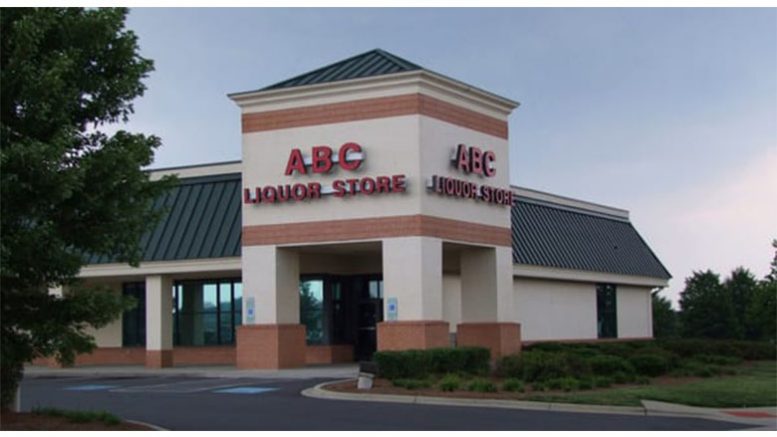 “Sidewalks and basements” would be my answer to Mr. A.C. Snow. “A dearth of one and a paucity of the other.”

A few years ago, in his Sunday column in the News & Observer, he asked Northerners to comment on differences they noticed about the South. True, there are some sidewalks and basements in the South, but they are not as universal as they are up North. My house has a crawlspace, the South’s poor stand-in for a basement. Mine is well-lit and I can stand and walk around down there, but the clay “floor” makes it a crawlspace.

ABC stores are another item of fascination. Compare: The U.S. Postal Service, a huge federal operation, is prohibited from delivering any alcoholic drink; yet in North Carolina we have a state-run, statewide monopoly that sells booze. I wonder about the purpose of such a system. It’s counter to capitalism or to free enterprise, the American way of doing business, but perhaps there’s genuine fear at work here: “We don’t want to look like Chicago, with a tavern on every corner!”

Oh, my! I didn’t think things were so bad in the Windy City. I was born and raised there, and still think of it as the town where, as Frank Sinatra put it, “You’ll have the time, the time of your life.” You’ll also save money in Chicago. Just for fun, I compared ABC’s prices with Binney’s, a big-box chain throughout the Chicago area that sells everything from O’Doul’s to your favorite 90-proof lighter fluid. My advice: Skip ABC; shop at Binney’s next time you’re up in ZIP code 60606 or nearby. We’re not getting fleeced by ABC, but buying at Binney’s or any drugstore, supermarket or mom-&-pop liquor store will save you some money. And, yes, you read that right: Walgreens will sell you a bottle of Jim Beam.

Winston Churchill described the U.S. and the UK as two countries separated by the same language. Might the same describe the language differences between North and South? Back when my wife and I were newcomers to the area, we ordered hot dogs for lunch and were asked, “All the way?” We were clueless. I was asked whether our VW was “straight drive.” I was lost. My wife asked for the location of the paper towels at a supermarket and was told the “peppa tiles” were on aisle 7. We still use that pronunciation as we clean up around our kitchen with Bounty. Finally, we learned that Southerners don’t say “you all” at all; the two words are a single syllable: “y’all,” a multi-purpose pronoun that can refer to one person or many.

Even USA Today got into the language discussion on, I assume, a slow news day (11/24/21). Editorial writer Steven Petrow provided a generous 21 column inches wondering about pronouncing the common word for the Carya illinoensis tree. The spelling is simple enough — “pecan” — but Petrow wondered whether it is pronounced “PEA-can” or “puh-CON.”

“Some say its [sic] North versus South,” he wrote, without sorting it out. I’m an illinoensis myself, as is my wife, and we grew up saying “puh-CON,” the spoken variant in Received English, Chicago-style. Upon moving south, we quickly adopted the other “pecan” and laughed ourselves silly in its use, a use which was not always polite.

“HATRED is not a family value,” read the bumper sticker I spotted on MLK Jr. Boulevard. Someone trying to create intramural hatred between Northwestern University and the large state campus down in Urbana-Champaign, about 200 miles apart, would be met with a yawn or, at best, a lack of interest. I grew up somewhere between the two schools, where the indifference of the Wildcats toward the Fightin’ Illini and vice versa was an unremarkable feature of life on the prairie. It’s a new world to me here in the Triangle, where bumper stickers, t-shirts, fight songs, graffiti, and perhaps other forms of communication I’ve missed, shout “HATE” in red or white or one of two shades of blue. “Oh, just a buncha kids having fun,” an apologist might say to me. “Healthy intermural rivalry.” Yes, but the child is the father of the man.

Perhaps that argumentative frame of mind carries over into adulthood, where the choice of the key ingredient in barbecue, vinegar or tomato, requires a loud defense of one’s choice. In nearby states, Brunswick stew originated up there or down there in one area or the other, both named Brunswick. Or the location of a court presided over by a notably severe judge unhesitant with his eponymous punishment, who left his name in our language, the Honorable Judge Lynch.

Topics worth arguing about? No, just healthy geographic rivalry. I’ll leave the debating to others. “Move back home?” I ask my wife. She’ll mention snow and the days when the high temperature remains below freezing. Of course, she’s talking about our former home: up North. I toss the brochure I’m reading: “Movers who care. Free estimates.” We’ve been 47 years in Chapel Hill and are well into our 48th. Tell Frank Sinatra, “Wife says not today. Maybe later.”

Be the first to comment on "North and South"